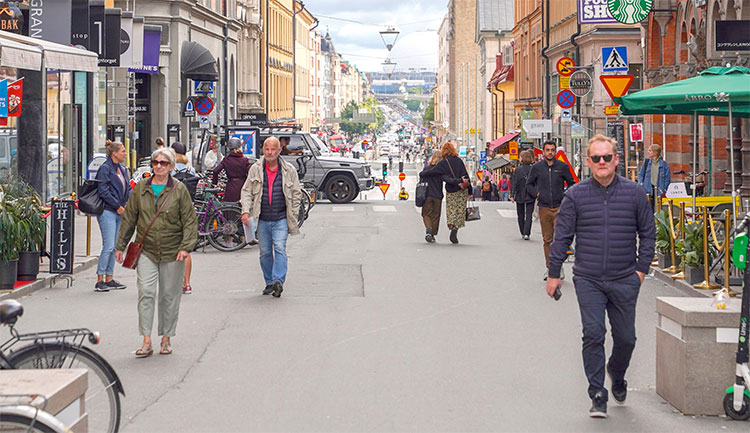 You know who isn’t worried about a second wave of COVID-19? Sweden. The stolid Scandinavian kingdom has just carried out a record number of COVID-19 tests and found a positive rate of just 1.2%, the lowest since the start of the pandemic. As Sweden’s case rate drops below Norway’s and Denmark’s, those commentators who spent April and May raging against what a Washington Post op-ed called its “experiment with national chauvinism” and predicting colossal fatalities have suddenly gone quiet.

True, and it has happened not despite the absence of a lockdown but because of it. Sweden encouraged people to work from home, made university courses remote, and banned meetings of more than 50 people but otherwise trusted its citizens to use their common sense. The authorities judged that since hospitals could cope, there was no need to buy time by ordering people to stay indoors. That judgment has been amply vindicated.

A cause for unalloyed joy, you might think. Here, after all, is proof that a country can contain the coronavirus without depriving children of an education, piling up backlogs of non-coronavirus medical conditions, or leaving a smoking crater where its economy used to be.

But the rest of the world is far from pleased. Indeed, the tone of most foreign media coverage remains affronted, and you can see why. After all, if Sweden’s strategy was viable, the rest of us ruined ourselves for nothing. That is a disquieting thought, almost an unbearable one. But Sweden forces us to confront it.

Imagine a world where Stockholm had caved to international pressure and fallen into line with everyone else. In such a world, politicians and public health officials could get away with claiming that but for their closures and crackdowns, things would have been unimaginably worse. The disease, they would tell us, would have spread exponentially. Millions, perhaps hundreds of millions, would have died.

But they can’t make that claim when we can all see the control in the experiment. Stockholm’s streets are filled with relaxed people congregating in cafes without face masks. You and I might find those images uplifting, but to the epidemiologists and officials who staked everything on closing their economies, Sweden is the specter at the feast. There it sits, like Banquo’s ghost, silently rebuking them.

The point is not that lockdowns achieved nothing at all. Obviously, if you confine an entire population, you will slow the spread of COVID-19 (and, indeed, of other diseases transmitted by human contact). The point, rather, is that lockdowns were disproportionate and were maintained for far too long.

A new study by economists from the University of Chicago, Princeton, and the London School of Economics finds that a lockdown of less than two months might be justifiable: The economic costs are limited, and the time can be used to build healthcare capacity. “After that,” says Professor Greg Kaplan, one of the authors, “all you're doing is delaying a second wave, so unless you can hold that lockdown in place all the way until a vaccine arrives, the marginal benefits get smaller and smaller.”

It is amazing how many commentators refuse to understand this point. If you flatten the curve, you don’t reduce the area underneath the curve. Some countries have chosen to string things out for longer than others. But in the absence of a cure or a vaccine, the eventual number of deaths won’t vary much.

That is not to say that it will be the same across different nations. All sorts of factors might affect the mortality rate: climate, geography, population density, age profile, genetics, openness to international travel, incidence of obesity, exposure to past coronaviruses, and, not least, different ways of counting. But the strictness of the lockdown is not high on that list.

The infection and fatality graphs for Sweden and the United Kingdom look almost identical. You would be hard pushed, looking at them, to guess which nation closed its shops, schools, and offices and which did not. Nor is there much correlation when we look at different states in the United States — nor, indeed, in other parts of the world. Peru, which had an eye-wateringly strict lockdown, is faring far worse than neighboring Brazil, whose President Jair Bolsonaro was attacked around the world for his laissez-faire approach.

When all this is over, we may well find that the biggest international variable isn’t the number of preventable deaths. It is the damage to the living.

Trackback URL for this entry: https://kickthemallout.com/trackback.php/Sweden_Shows_Lockdowns_Were_Unnecessary