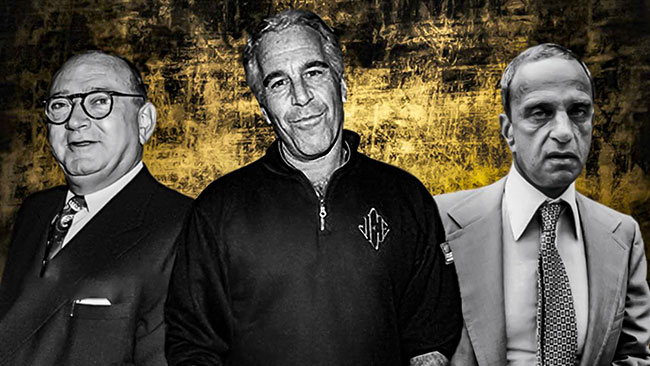 Epstein is only the latest incarnation of a much older, more extensive and sophisticated operation that offers a frightening window into how deeply tied the U.S. government is to the modern-day equivalents of organized crime.

Despite his “sweetheart” deal and having seemingly evaded justice, billionaire sex offender Jeffrey Epstein was arrested earlier this month on federal charges for sex trafficking minors. Epstein’s arrest has again brought increased media attention to many of his famous friends, the current president among them.

Many questions have since been asked about how much Epstein’s famous friends knew of his activities and exactly what Epstein was up to. The latter arguably received the most attention after it was reported that Alex Acosta — who arranged Epstein’s “sweetheart” deal in 2008 and who recently resigned as Donald Trump’s Labor Secretary following Epstein’s arrest — claimed that the mysterious billionaire had worked for “intelligence.”

Other investigations have made it increasingly clear that Epstein was running a blackmail operation, as he had bugged the venues — whether at his New York mansion or Caribbean island getaway — with microphones and cameras to record the salacious interactions that transpired between his guests and the underage girls that Epstein exploited. Epstein appeared to have stored much of that blackmail in a safe on his private island.

In the U.S. alone, the CIA operated numerous sexual blackmail operations throughout the country, employing prostitutes to target foreign diplomats in what the Washington Post once nicknamed the CIA’s “love traps.” If one goes even farther back into the U.S. historical record it becomes apparent that these tactics and their use against powerful political and influential figures significantly predate the CIA and even its precursor, the Office of Strategic Services (OSS). In fact, they were pioneered years earlier by none other than the American mafia.

In the course of this investigation, MintPress discovered that a handful of figures who were influential in American organized crime during and after Prohibition were directly engaged in sexual blackmail operations that they used for their own, often dark, purposes.

In Part I of this exclusive investigation, MintPress will examine how a mob-linked businessman with deep ties to notorious gangster Meyer Lansky developed close ties with the Federal Bureau of Investigation (FBI) while also running a sexual blackmail operation for decades, which later became a covert part of the anti-communist crusade of the 1950s led by Senator Joseph McCarthy (R-WI), himself known throughout Washington for having a habit of drunkenly groping underage teenaged girls.

Yet, it would be one of McCarthy’s closest aides who would take over the ring in later years, trafficking minors and expanding this sexual blackmail operation at the same time he expanded his own political influence, putting him in close contact with prominent figures including former President Ronald Reagan and a man who would later become president, Donald Trump.

As will be revealed in Part II, after his death, this blackmail operation continued under various successors in different cities and there is strong evidence that Jeffrey Epstein became one of them.

Samuel Bronfman and the Mob

The Prohibition Era in the United States is often used as an example of how banning recreational substances not only increases their popularity but also causes a boom in criminal activity. Indeed, it was Prohibition that greatly increased the strength of the American mafia, as the top crime lords of the day grew rich through the clandestine trade and sale of alcohol in addition to gambling and other activities.