WASHINGTON — NASA’s ability to lease property at its facilities to companies or other organizations remains in limbo after a bill meant to reauthorize it was transformed in the House into voting rights legislation.

H.R. 5746 was introduced in October by Rep. Don Beyer (D-Va.), chair of the House Science Committee’s space subcommittee. The bill extended NASA’s authorization to enter into what are known as enhanced use leases, or EULs, of agency property to companies, government agencies, or educational institutions, for 10 years. The House passed the bill by a voice vote Dec. 8.

The Senate amended the bill, extending the EUL authorization by only three months instead of 10 years, and passed it by unanimous consent, sending it back to the House.

The Democrats are doing everything they can to make sure they can steal every election going forward by trying to shove their Bill HR1, the ‘Right to Cheat’ Bill", down everyone's throats, a bill that essentially legalizes every method of election theft known to man.  The Democrats now want to codify the stolen election of 2020 by pushing through HR1.  If this passes nothing else matters. Free and fair elections will be a thing of the past.  .  Democrats are trying to get rid of the Filibuster, a tool for the Senate minority, to ram through their insane election legislation.

It’s utter horsecrap, especially when you consider the fact that it’s Democrats who utilized the filibuster over and over and over again (some 327 times in 2020 alone) during the Trump years, the same tactic some of them now laughably decry as “racist.” It frustrated Trump so much to the point that he wanted McConnell to change the rules but McConnell smartly said no because he knew it would one day be an important tool in the arsenal of Republicans in the event they were in the minority, and the rest, as they say, is history.

FILIBUSTER: The Senate tradition of unlimited debate has allowed for the use of the filibuster, a loosely defined term for action designed to prolong debate and delay or prevent a vote on a bill, resolution, amendment, or other debatable question. Prior to 1917 the Senate rules did not provide for a way to end debate and force a vote on a measure. That year, the Senate adopted a rule to allow a two-thirds majority to end a filibuster, a procedure known as "cloture." In 1975 the Senate reduced the number of votes required for cloture from two-thirds of senators voting to three-fifths of all senators duly chosen and sworn, or 60 of the 100-member Senate. 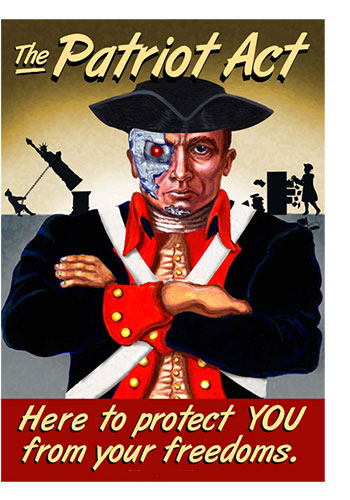