Sibel Edmonds exposes the money laundering and political kickback machine hidden behind the largest charter school operation in America, run by a notorious terrorist network that has arguably has more politicians in its pocket than George Soros which allows them to make off with over $800 MILLION is taxpayer money every year.


If the video won't play please report the problem by clicking here. 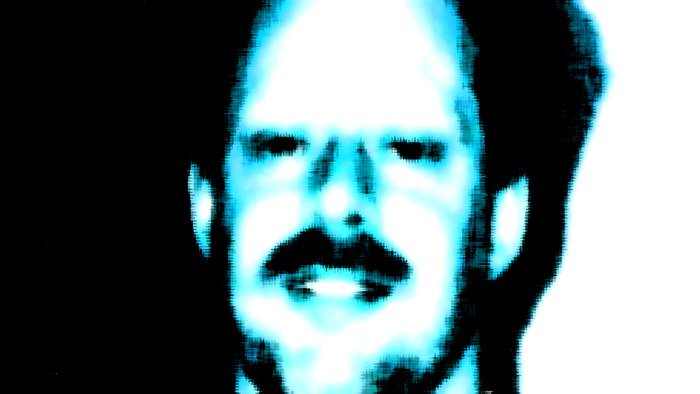 Analysts continue to be amazed by the many links between the CIA and Stephen Paddock—and who have documented that Paddock was a CIA arms pilot delivering thousands of weapons to a Mexican drug cartel between 2006-2011 in what is now known as " Operation Fast and Furious" — and who used in these arms deliveries his2004 Cirrus Design Corp SR20 single engine plane having the Aircraft Registration Number N5343m —and that FAA records show him owning from 2 June 2006 to February 2010 —but that is now owned by an American defense company named VOLANT —and whose motto on their website says: "Serving THE U.S. INTELLIGENCE COMMUNITY AND THE DEPARTMENT OF DEFENSE". -

According to this report, upon the FBI searching the Mandalay Bay Hotel room used by CIA gun runner Stephen Paddock, a cell phone chargeR was discovered that had no accompanying phone —with SVRtechnology experts noting that this type of charger is used to charge a CP502520 3.0V 600mAh Li-MnO2 Non-rechargeable Thin Cell Battery used in various communication devices by both US Special Forces and CIA forces.

The company making this unique lithium battery, this report details, is Ultralife Corporation, based in Newark, New York, that specializes in military communications systems for the Pentagon—and whose lead engineer for this particular communication systems development was John Beilman.

According to a source in the Las Vegas Metropolitan Police Department:: “The LVMPD knows the motive behind the attack, but the FBI will not allow us to release the motive because it implicates the FBI in illegal arms deals and supplying arms to ISIS terrorists within U.S. borders.The Mandalay Bay affair was likely part of a covert program to transfer weapons from the vaults of the ATF (Alcohol, Tobacco and Firearms agency of Homeland Security), fitted with hidden RFID tracking chips, to ISIS militants inside the USA. Stephen Paddock was an undercover FBI agent who participated in multiple illegal arms deals in the Las Vegas area in a gun-running entrapment scheme similar to Fast and Furious. Paddock thought he was engaging in another routine arms transfer, but ISIS had learned about the entrapment scheme and Paddock’s true identity. They killed him and carried out the massacre, and then fled the scene.

From these informal sources, three salient issues have surfaced:

Those morsels of vital information indicate that Paddock served for a long-time as contract agent for CIA-FBI gun-running and as a possible trained assassin.

The Mandalay Bay affair was likely part of a covert program to transfer weapons from the vaults of the ATF (Alcohol, Tobacco and Firearms agency of Homeland Security), fitted with hidden RFID tracking chips, to ISIS militants inside the USA. Suspecting a sting operation, the ISIS team in Las Vegas shot him, Paddock to death in his room at the Mandalay immediately before proceeding to fire at the crowd of revelers attending the Route 91 Harvest Festival on Sunday night, October 1.

That’s how one headline described the 2013 deaths of 20-year veteran ATF agent Paul Parisi and his wife Janine inside their home in Chantilly, Virginia. As an arson and explosives expert, Parisi was stationed at the local ATF field office, near the top-level forensic laboratory at Quantico, the FBI Academy, which also serves the scientific requests of Pentagon’s investigative unit called the Defense Security Service (DSS).

One of the questions related to Fast and Furious was the possible role of a suspected mafia mole inside U.S. law enforcement, so DNA testing and chemical analysis were meticulously done on recovered Fast and Furious guns, putting Paul Parisi on the wrong side in the eyes of certain higher-up circles who were not eager to see his forensic findings reach Congress.

The Awan brothers team had control of the computers in the House of Representatives, thanks to Debbie Wasserman Schultz; Tim Kaine along with the California Democrats were staunch in their support for open immigration and sanctuary cities, havens for ISIS sleeper cells; Obama’s Pizzagate team set up a transport network for DACA children, ensuring a bright future for Islam in the New World; and Khizer Khan was gaining influence in the DNC. The counterattack was proceeding way faster than Saladin’s slow meandering drive against the Crusaders.

Rating: 0.00/5 (0 votes cast)
By Peter Chamberlin
The myth of "al Qaida" is built on an expansive foundation of many half-truths and hidden facts. It is a CIA creation. It was shaped by the agency to serve as a substitute "enemy" for America, replacing the Soviets whom the Islamist forces had driven from Afghanistan. Unknown American officials, at an indeterminate point in time, made the decision to fabricate the tale of a mythical worldwide network of Islamic terrorists from the exploits of the Afghan Mujahedeen. The CIA already had their own network of Islamic militant "freedom fighters," all that was needed were a few scattered terrorist attacks against US targets and a credible heroic figurehead, to serve as the "great leader."

The really tricky part of creating a mythical terrorist monster out of an incomplete truth is laying-out the facts behind your mythical story without revealing the whole truth about your part in its creation. In order to explain away the billions of dollars worth of weapons and training that went into the operation, they chose a rich jihadi, a Saudi millionaire named Osama bin Laden, who had been a faithful recruiter and business agent of the Mujahedeen. He was painted as the sole financier of the entire enormous operation that was centered in Pakistan and Afghanistan. Bin Laden may not even have known that he was playing a part in a deceitful CIA global drama until after the fact. It is more likely that his history was chosen many years later to serve as the legacy of "al Qaida," than it is that he was a brainwashed tool of the spy agency all along.

The story of bin Laden is the story of the secret CIA/ISI insurgent camps in Pakistan and Afghanistan. According to Prof. Michel Chossudovsky, Osama was 22 years old in 1979, when he was trained in a CIA sponsored guerilla training camp near Peshawar, Pakistan. "Bin Laden family was put in charge of raising money for the Islamic brigades. Numerous charities and foundations were created. The operation was coordinated by Saudi intelligence, headed by Prince Turki al-Faisal, in close liaison with the CIA. The money derived from the various charities was used to finance the recruitment of Mujahedeen volunteers. Al Qaeda, which means "the base" in Arabic, was a data base file of volunteers who had enlisted to fight in the Afghan jihad. That data base was initially held by Osama bin Laden."

“If You Are Scared, [the Terrorists]  Win. If You Refuse To Be Scared, They Lose”

Philosophers have long noted the utility of fear to the state. Machiavelli notoriously argued that a good leader should induce fear in the populace in order to control the rabble.

Hobbes in “The Leviathan” argued that fear effectively motivates the creation of a social contract in which citizens cede their freedoms to the sovereign. The people understandably want to be safe from harm. The ruler imposes security and order in exchange for the surrender of certain public freedoms. As Hobbes saw it, there was no other way: Humans, left without a strong sovereign leader controlling their actions, would degenerate into mob rule. It is the fear of this state of nature — not of the sovereign per se, but of a world without the order the sovereign can impose — that leads us to form the social contract and surrender at least part of our freedom.

Leo Strauss is the father of the Neo-Conservative movement, including many leaders of recent American administrations.  Indeed, many of the main neocon players – including Paul Wolfowitz, Richard Perle, Stephen Cambone, Elliot Abrams, and Adam Shulsky – were students of Strauss at the University of Chicago, where he taught for many years.

What did Strauss teach?

Strauss, born in Germany, was an admirer of Nazi philosophers such as Carl Schmitt and of Machiavelli (more on Schmitt later).

A political order can be stable only if it is united by an external threat . . . . Following Machiavelli, he maintained that if no external threat exists then one has to be manufactured.

(the quote is by one of Strauss’ main biographers).

Indeed, Stauss used the analogy of Gulliver’s Travels to show what a Neocon-run society would look like:

“When Lilliput [the town] was on fire, Gulliver urinated over the city, including the palace. In so doing, he saved all of Lilliput from catastrophe, but the Lilliputians were outraged and appalled by such a show of disrespect.” (this quote also from the same biographer)