After the Civil War, the Republican Party was utterly dominant. It successfully abolished the institution of slavery but not the party that advocated it. Why did Republicans allow the Democratic Party to exist? Why did they allow the Democrats to build Confederate statues and install Jim Crow laws? It is the same reason for which the United States allowed Germany and Japan to rebuild after World War II. 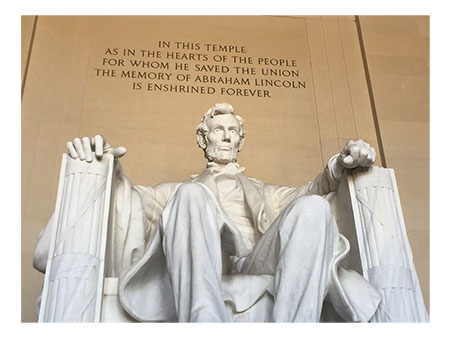 In 1861, President Abraham Lincoln brought the Republican Party to power on a wave of anti-slavery sentiment in the West. Britain had abolished slavery just a few years earlier in the Slavery Abolition Act of 1833, and Lincoln was prepared to do the same in the United States.

The southern slave states, governed by Democrats, wanted none of it and seceded from the Union, which led to the worst constitutional, political, and civil crisis in American history. At the end of the Civil War, nearly three-quarters of a million mostly white men had died on the battlefield.

In 1864 election, Lincoln chose Democrat Andrew Johnson as his running mate. That choice was dictated by a strong desire for national unity and healing. Lincoln wisely understood that winning the war was not enough. Wounds had to be healed, bonds had to be re-established, and trust had to be rebuilt.

However, when the Democrat ally John Wilkes Booth assassinated Lincoln in 1865, the United States found itself with a Democrat as its president. President Andrew Johnson used his power for a quick restoration of the former Confederate states without protections for the former slaves. The Republican-dominated Congress impeached him for abuse of power, but he survived in the Senate by a single vote.

However, the Republicans also wanted to bring the seceded states back into the fold without vengeance, and so as part of that process, the Confederate states could keep their dignity. They could raise statues commemorating their fallen soldiers and their generals.

It was a similar strategy the United States used in Germany and Japan after World War II. By allowing them to rebuild and be part of the world community, they generated friends and allies for the future and ended the cycle of war. 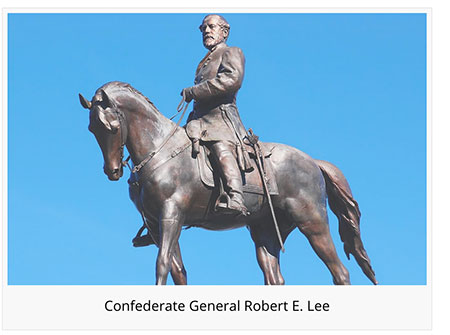 Dinesh D’Souza documented in his book Death of a Nation: Plantation Politics and the Making of the Democratic Party that the Democrats created the Ku Klux Klan and the Jim Crow laws in the former slave states in the late 19th and early 20th century. Due to the Republicans’ respect for federalism, they did not intervene – until they pushed through the Civil Rights Act in 1964.

Forgiveness and rebuilding after total victory can be a powerful method for a winner of war to create lasting peace. However, the Republican Party was so eager to let bygones be bygones that it purged its own roots and history. Amazingly, Republicans forgot they were the party that abolished slavery.

Such self-imposed amnesia allowed academics of the left to rewrite history, absolving the Democratic Party of all sin. The entire history of America’s racial divide, Jim Crow, and slavery was projected onto the very people who rid the country of these horrors.

One of the main reasons that history is important is to teach future generations not to repeat the mistakes of the past. Another reason for not forgetting the past is to prevent professors with malicious motives to rewrite history and gaslight innocent people.

Trackback URL for this entry: https://kickthemallout.com/trackback.php/Confederate_Statues-Why_The_Republians_Let_Democrats_Build_Them