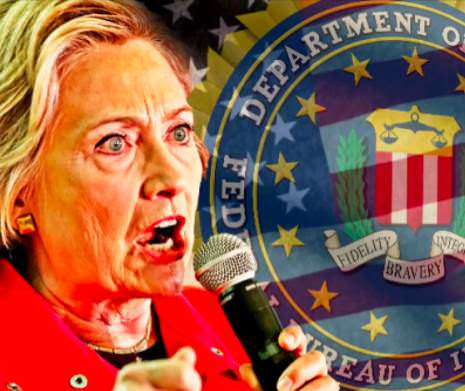 “Consistent with the referral policy, for individuals who were still employed with the Department at the time of adjudication, the Department referred all valid security violations or multiple infractions to the Bureau of Human Resources. In reviewing any violation of agency policy including policies regarding the appropriate handling of classified or sensitive information, the Department may consider a broad range of disciplinary or other administrative actions. These may include, depending upon the circumstances, counseling, reprimand, suspension, and/or separation. For example, the Department’s discipline policies for employees are laid out in the Foreign Affairs Manual, 3 FAM 4100, 4300 and 4500, and apply to violations of statutes, regulations, or Department policy as stated in the Foreign Affairs Manual or Handbook, Department Notices or ALDA Cs, or bureau or post policy documents,” Mary Elizabeth Taylor added.

The State Department said it “considers any violation of security policies to be a serious matter.” Right, which is why Hillary Clinton was able to use a private server while she was the head of the Department of State where she hid her Clinton Foundation pay-to-play and transmitted classified material — and she’s still not in prison. 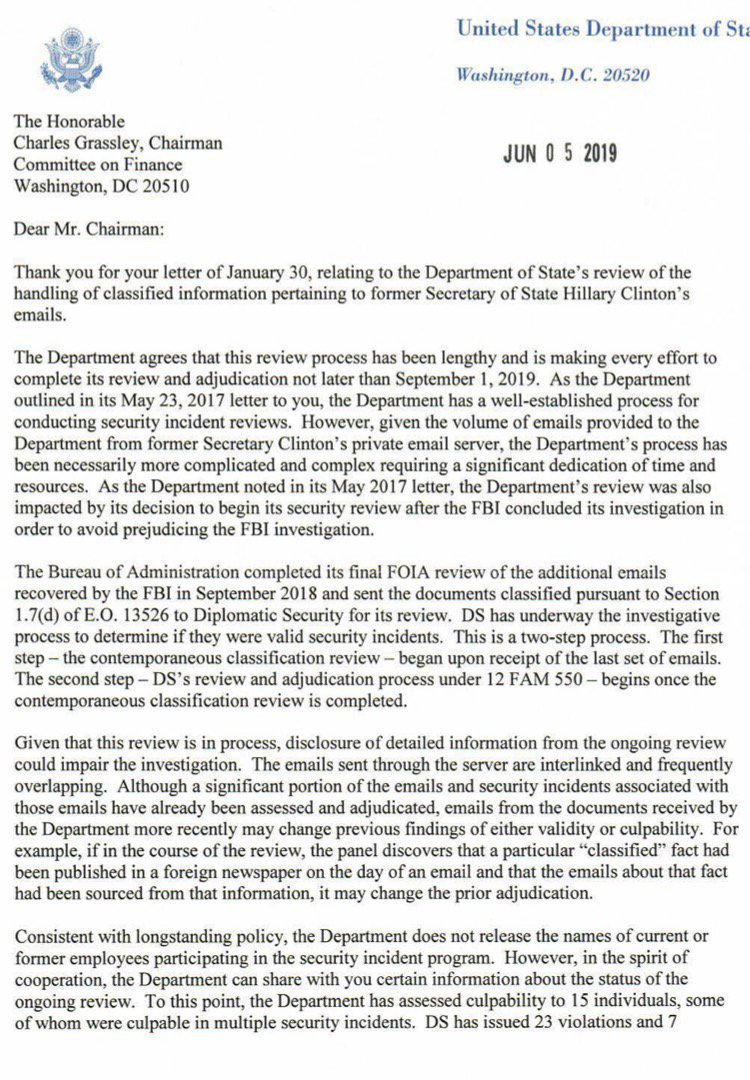 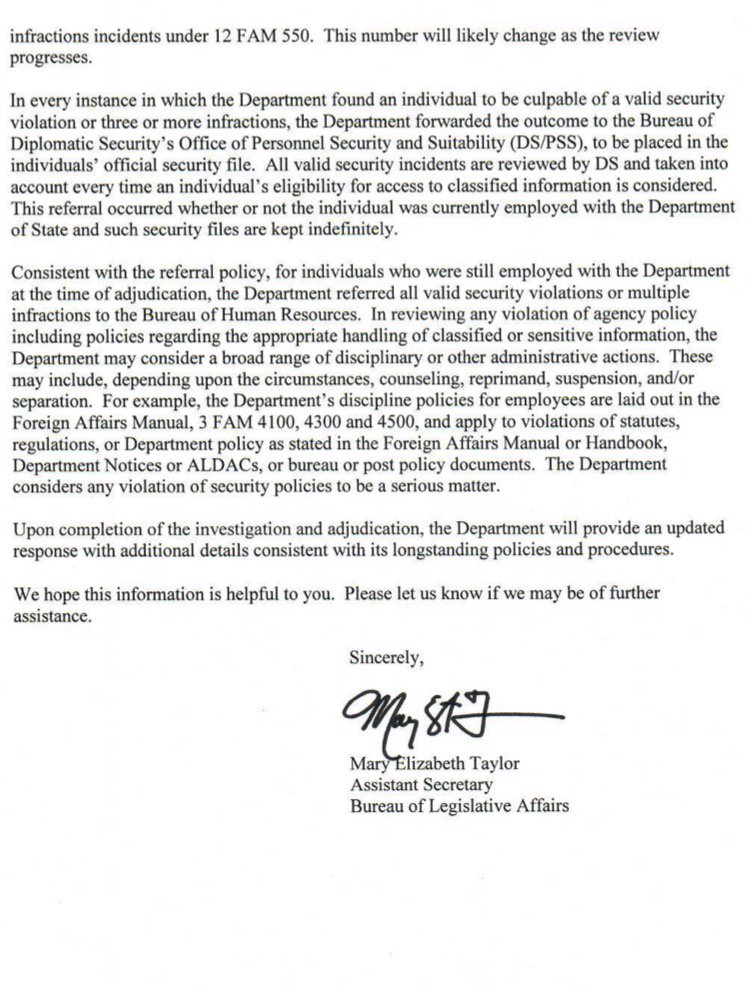 LINK TO PDF OF LETTER

Trackback URL for this entry: https://kickthemallout.com/trackback.php/Clinton_Email_Classifed_Material_Violations_Confirmed_By_State_Department