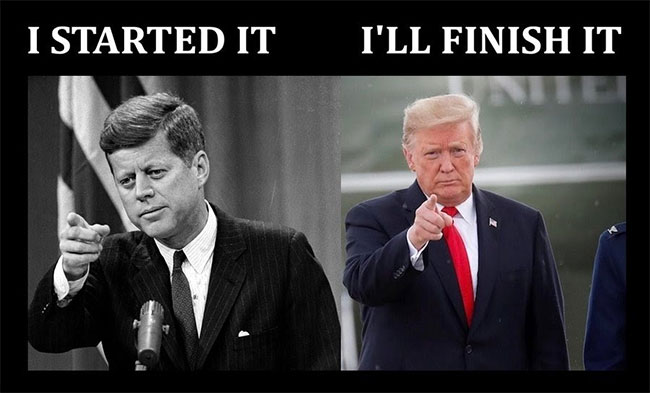 John F, Kennedy issued National Security Action Memorandum 57, which took away the CIA's power. Though the order was signed, it was never enacted. After Kennedy's assassination, it's just been sitting on the books for sixty years. Now President Trump has pulled the trigger, and the Deep State is scrambling. Has war broken out between the CIA and America's Constitutional government?

Trackback URL for this entry: https://kickthemallout.com/trackback.php/V-War_Between_the_White_House_and_CIA