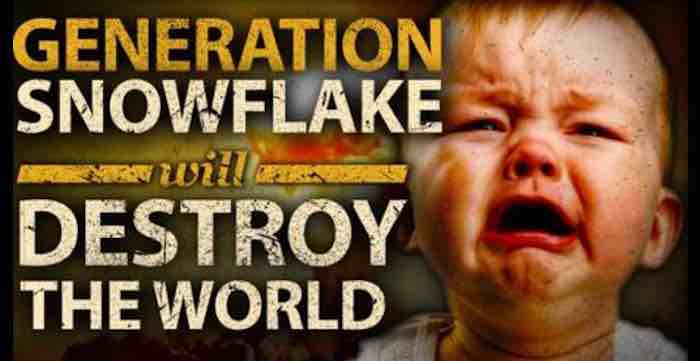 The universe is made of protons,
neutrons, electrons, and morons.”

While the left is busy demonizing President Trump for his remarks about the MS-13 gangs who enter our country illegally through the porous southern border, Congressional members, working against the safety interests of the American people and cheered by the leftist media and half of the voting population, are doing their best to stall, defund, and vilify any effort by our president to build a border wall and to deport the illegal criminal elements who are already in this country and have committed atrocious crimes.

As Senator Diane Feinstein said in a 1994 video interview, 40 percent of babies on Medicaid in California were babies born of illegal immigrants, and 17 percent of the prison population was comprised of illegal immigrants who committed felonies, costing the taxpayers $300 million a year. She called for the enforcement of our borders then but things have changed today.  The Democrat Party needs these illegal voters in order to stay in power.

The Democrat Party has locked up the votes of minorities, illegals, Millennials, the welfare underclass, women, low information voters, and rich liberals who live a good life no matter who is in control of the country, the media, academia, and pretty much anybody who attended public and private schools for the past 50 years and has been brainwashed by socialist teachers and administrators into becoming the snowflake generation they are today. Divide and conquer and race-baiting has worked well for the Democrat Party.

A study found that Democrat professors outnumber Republican professors at 40 major universities by a ratio of 11.5 to 1. No wonder students, after having spent a fortune to be indoctrinated into progressivism, finish college as hard-core socialists. Hating capitalism, even though it provided them with opportunities and freedoms they would have never found in Castro’s Cuba or in North Korea’s prison state, they are adamant that socialism will bring them happiness and equality with a six-figure salary and five-star amenities.

The fact that academia is highly controlled by liberals (75% at Yale) has aided in shaping generations to be blind and unquestioning little communist sheeple.

Teachers unions like the National Education Association (NEA) and American Federation of Teachers (AFT) forced children in public education to take part in their professionally-organized protests.

Same teachers, administrators, and textbook writers, funded by billionaires like Bill Gates, Al Gore, George Soros and his many Open Society non-profit foundations shaped the thoughts and “feelings” of young and impressionable minds, young Americans who began to see themselves as global citizens even though they did not necessarily understand the issues clearly.

Our children worship at the altar of socialism, communism, and Islam, without really understanding why communism fell everywhere it was tried and why 100 million people living under communism were killed for wanting liberty and freedom of speech.

The same academics are forcing Common Core education on smart students so as not to hurt the “feelings” of other children and spare them embarrassment, dumbing down education for all. It is a touchy-feely snowflake generation that needs special spaces, corners, and rooms to hide from the reality of life otherwise they are “triggered” by visceral hate to destroy everything historical they disagree with.
Administrators have also decided that anyone can make the cheerleading squad because one child failed and the parents complained. Competition is bad and so is meritocracy, we are told by the left. Let’s make everybody “equal.” The proverbial trophy for walking across the stage without tripping has come to pass.

Public education is now confusing children as to which bathrooms they should use, and what sex they are.  Sometimes dangerous hormones are given in public schools without parental consent in order to help a student transition to whatever sex they think they are or are told they are.

LGBT militant groups are in the classroom, mostly without parental consent, teaching children not sex education under health, but actually methods of having sex and sexual perversions, even to children as young as kindergarten.  Administrators are forcing students to listen to assemblies about sexual choices and the parents have no clue nor have they been given the choice to opt out their child.

Public education teaches students how to pass a test that determines how much funding the school receives per pupil from the federal government.  There is little math, science, reading, and English being taught because of the discipline problems and the time outs for protests for various causes d’jour, but there is plenty of Spanish taught and remedial math and remedial reading in college.

As our children and their parents go into debt to get that four-year worthless college degree in majors that cannot possibly find them employment, i.e. women’s studies, gender studies, social justice, environmental justice, racial justice, and even white guilt, technical jobs go unclaimed while Johnny and Jenny work as baristas, grocery store clerks, and waiters while living in mom and dad’s basement for free because they can’t afford to move out.

Will we ever be able to dismantle such deplorable public schools in which militant teachers indoctrinate students into their collectivist global politics? No matter how bad they are, how do you fire them when they immediately bring out the race and religious discrimination card?

We should optimistically keep in mind the words of the late Dr. Nino Camardese, an immigrant from Mussolini’s Italy, who used to say, “Truth plus one equals a majority.” Lately though, it’s been more like “The Twilight Zone plus one makes reality.”

Trackback URL for this entry: https://kickthemallout.com/trackback.php/How_Socialists_School_Teachers_Brainwashed_the_Snowflake_Generation