Once again we see the medical-industrial complex widely using a KNOWN CANCER CAUSING CHEMICAL to supposedly sterilize everything in sight.  This video reveals that COVID test swabs are sterilized with Ethylene Oxide, a well-known to be a cancer-causing chemical!  Then they shove it into the back of your skull where it can easily pass into your brain!

You just can't make this crap up. 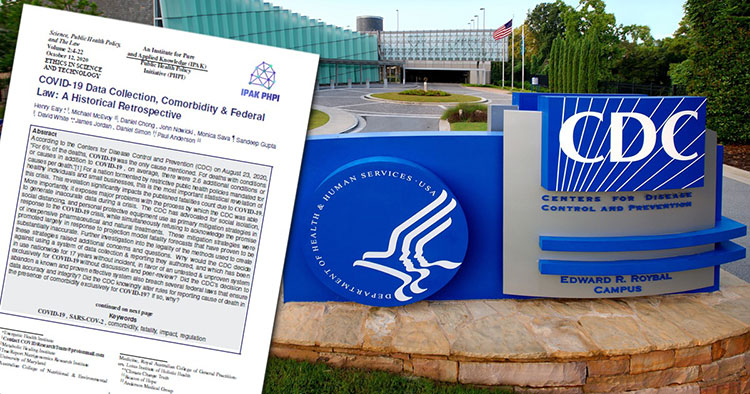 The study concludes that based on data for all recorded deaths in the United States through August 23, 2020, the new CDC system counted 161,392 deaths attributed to the virus. Using the older system, the death total was 9,684.

A peer-reviewed study published in the Journal of Science, Public Health Policy & Law last October reveals that the Centers for Disease Control & Prevention (CDC) disregarded federal laws and regulations in changing how the government counts deaths from COVID, inflating the mortality numbers as a result.

“All federal agencies are required to submit notification for data collection, publication, or analysis to the Federal Register BEFORE gaining approval from the US Office of Management and Budget’s Office of Information and Regulatory Affairs (OMB/OIRA) to ensure they are in compliance with the Information Quality Act (IQA) and the Paperwork Reduction Act (PRA) and therefore, approved to implement the proposed changes,” the authors of the peer-reviewed study said.

“Based upon the complete absence of Federal Register records for ‘Proposed Data Collection Submitted for Public Comment,’ at no point, did the CDC inform the OMB/OIRA or allow for 60 days of public comment in the following unilateral decisions that attempted to bypass Federal oversight,” the study charges.

“Based upon the complete absence of Federal Register records for ‘Proposed Data Collection Submitted for Public Comment,’ at no point, did the CDC inform the OMB/OIRA or allow for 60 days of public comment in the following unilateral decisions that attempted to bypass Federal oversight,” the study charges.

A doctor from Northern Ireland has come out strongly against COVID hysteria and the sinister agenda behind it in a viral video spreading across social media.

Dr. Anne McCloskey, a general practitioner from Derry, issued a stunning rebuke of global medical tyranny in a video released by the Freedom Alliance Island of Ireland.

"Across this island and across the world, there are millions of people who are awakening to the understanding that this current health crisis, this so-called 'pandemic,' is a trojan horse, which has been used to introduce a new era for humanity," Dr. McCloskey says at the opening of her statement.

"'The Great Reset,' the '4th Industrial Revolution,' 'Building Back Better' - whatever catchy, chirpy name the bankers and billionaires are calling it - is not good for you and me, for the ordinary people."

McCloskey asserts all relationships, from the familial to national levels, are being "fundamentally" transformed.

"They are coming for you, your family, your jobs, your savings, your home, your pension, your culture, your freedom, your very way of life," she warns.

"This is not a conspiracy theory, but the outworking of a scheme written by people who hate the human race. Agenda 21 is being implemented now and will come to pass, unless we unite to resist."

McCloskey acknowledges a respiratory virus swept across the planet last year, killing many elderly or vulnerable people, but compares its impact to that of typical season illnesses which often claim many lives.

"These PCR tests measure nothing, they are an illusion to create a crisis," she says, reminding viewers that international bodies such as the W.H.O. "changed the rules" about how infection "cases" and related deaths are categorized and reported.

McCloskey warns despots are using the "smoke and mirrors" of COVID to impose totalitarian reign across the planet and urges citizens of every nation to participate in a Worldwide Rally for Freedom on Saturday, March 20th.

The so-called COVID-19 “vaccine” is not a vaccine at all. It is an experimental gene therapy. The Center for Disease Control (CDC) gives the definition of the term vaccine on its website, https://www.cdc.gov/vaccines/vac-gen/imz-basics.htm. A vaccine is a product that stimulates a person’s immune system to produce immunity to a specific disease. Immunity is the protection from an infectious disease. If you are immune to a disease, you can be exposed to it without becoming infected.

This so-called COVID-19 “vaccine” does not provide the individuals who receive the vaccine with immunity to COVID-19, nor does it prevent the transmission of this disease. It does not meet the CDC’s own definition of a vaccine. That is why it is a deceptive trade practice, under 15 U.S. Code, Section 41 of the Federal Trade Commission, for pharmaceutical companies who are producing this experimental gene therapy, to claim that this is a vaccine. These pharmaceutical companies are lying to the public. The government health bureaucrats are also lying to the public, by calling this treatment a vaccine. This COVID-19 experimental gene therapy is only designed to minimize your symptoms if you were to be infected with the COVID-19 virus.

Let me reemphasize that this COVID-19 experimental gene therapy does not meet the CDC’s own definition of a vaccine. It does not provide immunity or prevent transmission of the disease. By referring to this therapy as a “vaccine,” the pharmaceutical companies are attempting to shield themselves, because vaccine injuries or deaths are exempted by law from any product liability lawsuits.

Another gem by "Whatsherface."  After one year of covid, this is where we are... 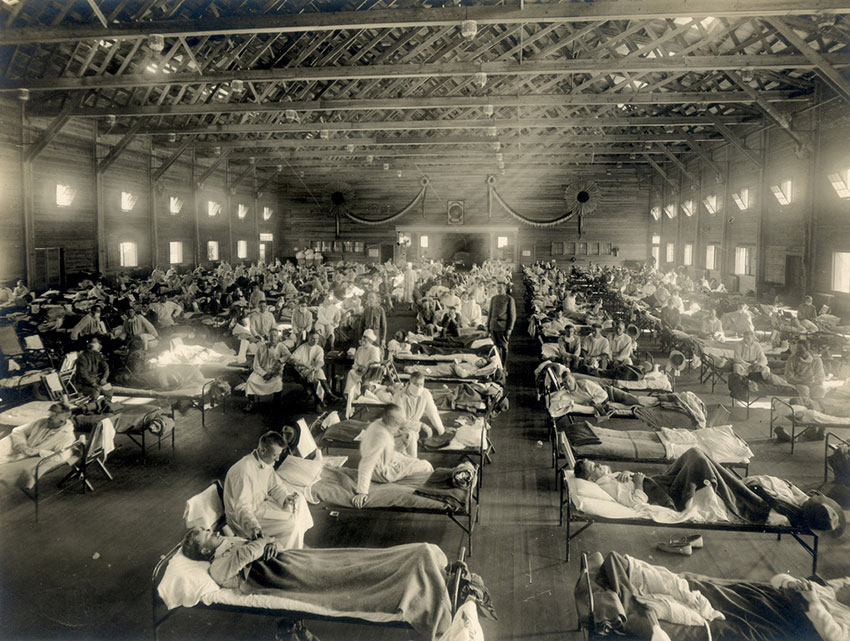 The “Spanish Flu” killed an estimated 50-100 million people during a pandemic 1918-19. What if the story we have been told about this pandemic isn’t true?

What if, instead, the killer infection was neither the flu nor Spanish in origin?

Newly analyzed documents reveal that the “Spanish Flu” may have been a military vaccine experiment gone awry.

In looking back on the 100th anniversary of the end of World War I, we need to delve deeper to solve this mystery.

During the pandemic of 1918-19, the so-called “Spanish Flu” killed 50-100 million people, including many soldiers.

Many people do not realize that disease killed far more soldiers on all sides than machine guns or mustard gas or anything else typically associated with WWI.

I have a personal connection to the Spanish Flu.  Among those killed by disease in 1918-19 are members of both of my parents’ families.

On my father’s side, his grandmother Sadie Hoyt died from pneumonia in 1918. Sadie was a Chief Yeoman in the Navy.  Her death left my grandmother Rosemary and her sister Anita to be raised by their aunt. Sadie’s sister Marian also joined the Navy.  She died from “the influenza” in 1919.

On my mother’s side, two of her father’s sisters died in childhood. All of the family members who died lived in New York City.

I suspect many American families, and many families worldwide, were impacted in similar ways by the mysterious Spanish Flu.

In 1918, “influenza” or flu was a catchall term for disease of unknown origin.  It didn’t carry the specific meaning it does today.

It meant some mystery disease which dropped out of the sky.  In fact, influenza is from the Medieval Latin “influential” in an astrological sense, meaning a visitation under the influence of the stars.

A group of Canadian doctors released a video this past week on why not to be afraid of COVID.

In this segment from the fantastic film "The House of Numbers", Dr. Kary Mullis, who won a Nobel Prize for inventing the PCR Test being used to improperly manufacture COVID-19 case number hysteria, exposes the fact that Big Pharma and A WHOLE LOT OF CORRUPT RESEARCHERS AND SCIENTISTS lied to everyone about the total lack of proof behind their claims that the HIV virus cased AIDS. They created a totally unsubstantiated narrative for Big Pharma to make enormous profits off everyone's ignorance.

⁣⁣A contemplative look back at events worldwide during the past 12 months, chronicling humanity's nosedive into compliance with tyrannical policies.