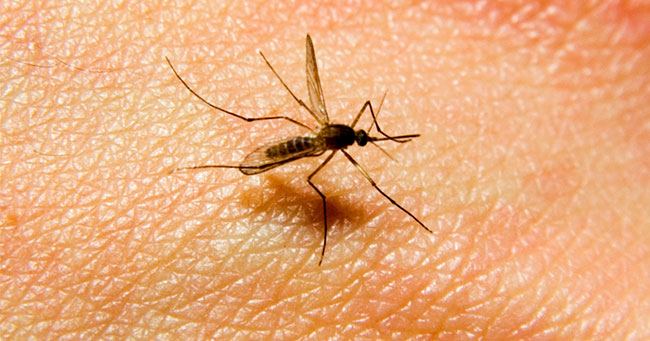 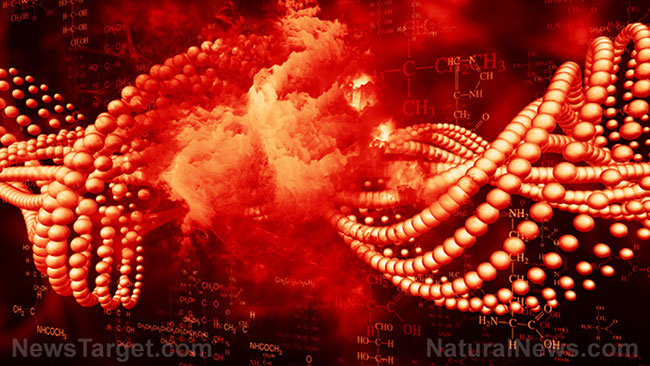 Remember the two-year experiment to release genetically modified mosquitoes into the wild to eradicate all the mosquitoes? For years, we were all lectured by scientists and GMO pushers who insisted that genetically modifying male mosquitoes to be infertile would cause the termination of nearly all offspring as females mated with the GMO males. The result, we were told, would be a mass die-off of the mosquito population at large, saving human lives by avoiding the catastrophic effects of mosquito-borne disease.

Science would save us, in other words. And if we didn’t believe the hype, we were labeled “anti-science.”

At first, the experiment seemed to work. For the initial 18 months of the experiment carried out in Brazil — in which 450,000 genetically modified male mosquitoes were released into the wild — mosquito populations plummeted. But then something happened.

As published in the journal Nature, in a study entitled, “Transgenic Aedes aegypti Mosquitoes Transfer Genes into a Natural Population,” the very same modified genes we were told would never be passed to “in the wild” mosquito populations has, in fact, done exactly that.

Powered by these new genes (and combined with some behavioral adaptation explained below), the mosquito population surged back. Even worse, now the wild populations of mosquitoes in Brazil have these “mutant” genes which were combined from Cuba and Mexican mosquito populations, meaning these new gene-enhanced mosquitoes are now a kind of “super mutant” insect that may be resistant to all sorts of insecticides.

As the Nature study reveals:

Evidently, rare viable hybrid offspring between the release strain and the Jacobina population are sufficiently robust to be able to reproduce in nature. The release strain was developed using a strain originally from Cuba, then outcrossed to a Mexican population. Thus, Jacobina Ae. aegypti are now a mix of three populations. It is unclear how this may affect disease transmission or affect other efforts to control these dangerous vectors.

Also from the same study:

Our data clearly show that release of the OX513A has led to significant transfer of its genome (introgression) into the natural Jacobina population of Ae. aegypti. The degree of introgression is not trivial. Depending on sample and criterion used to define unambiguous introgression, from about 10% to 60% of all individuals have some OX513A genome (Tables 1 and E1).

However, it is clear from the data in Garziera et al.6 that the effectiveness of the release program began to break down after about 18 months, i.e., the population which had been greatly suppressed rebounded to nearly pre-release levels.

Also, introgression may introduce other relevant genes such as for insecticide resistance. The release strain, OX513A, was derived from a laboratory strain originally from Cuba, then outcrossed to a Mexican population7. The three populations forming the tri-hybrid population now in Jacobina (Cuba/Mexico/Brazil) are genetically quite distinct (Extended Data Fig. E2), very likely resulting in a more robust population than the pre-release population due to hybrid vigor.

To summarize the findings of the study, this mad science GMO experiment managed to create a super mutant population of mosquitoes that now carry genes that are potentially tied to enhanced insecticide resistance, making them harder to kill than ever before.

…[T]he Yale study showed not only that offspring from the transgenic mosquitoes had reproduced but the population of mosquitoes in Jacobina is now a mix of their original types plus those from Cuba and Mexico, likely leading to a more robust population…

The experiment utterly failed to achieve its promised outcome of wiping out mosquitoes, too. “…[F]emales had begun to avoid mating with modified males, fueling a rebound in population,” writes Hathaway on Yale News. In reality, this mad science GMO experiment has resulted in stronger, more adaptive mosquitoes that will likely kill even more humans in South America.

It’s also interesting to note that even among mosquitoes, females don’t want to mate with weaker males that produce sterile offspring. Even in insects, in other words, masculinity and virility have recognized value for the continuation of the species. Yet somehow, thanks to modern “progressivism,” masculinity is attacked among humans, and the twisted pop culture keeps trying to feminize all the men into sterilized transgenders and nullos who are incapable of reproducing. Mosquitoes, in other words, appear to be smarter than liberals when it comes to selection of a mate.

In 2012, we published a warning about the risks associated with self-replicating science experiments that are released into the wild. In one article, we wrote, “The human race is gravely threatened by out-of-control science that has already begun to reveal alarming unintended consequences across our planet.” We also wrote:

As the following S.O.S. graphic shows — originally published in 2012 — GMO mosquitoes are “self-replicating pollution.” The mad scientists have released weaponized genes into the wild, and now the genetic makeup of mosquitoes in South America can never be pulled back from the brink.

As I said in 2012, “Technology without wisdom is suicide.” And now the GMO scientists are proving this warning to be correct yet again (and years ahead of the curve).

How could I see all this seven years ago? It wasn’t difficult. The arrogance of modern science sticks out like a bad case of genital warts. Today’s GMO scientists are the most arrogant, dangerous and criminal-minded lunatics on the planet. Or I thought so, at least, until I learned about the Harvard mad scientists who are working to collapse the entire planet with stratospheric pollution that will dim the sun, impair all solar panels across the planet and collapse global food webs by inhibiting photosynthesis.

The bottom line is that all life on Earth is being assaulted by modern scientists and their insane experiments that almost always go wrong. Their vaccines don’t work most of the time, their mind-altering medications drive people even more insane, their GMO crops keep failing and their global pollution schemes will lead to worldwide famine and mass starvation.

The institution of science says that you shouldn’t believe in God. You should worship science, they insist. But then their mad experiments go wrong and they unleash mass death and destruction across the planet. In the end, any human survivors will likely end up begging God to save us all from the scourge of bad science.

The proper pursuit of science has real value. I’m a published scientist and top science author. I run an ISO-accredited science lab and I carry out important science every day. But I also understand that science must be moderated by ethics and morality. The Precautionary Principle has been utterly abandoned by the mad science lunatics who run vaccines, pharma, GMOs and geoengineering experiments. And if they are not stopped, they will annihilate humanity and destroy our biosphere.

Here’s where you can learn more about all this:

Watch my science-based videos at OblivionAgenda.com for a fascinating lecture on how modern scientists are planning to kill over six billion humans in an act that I’m calling, “GeoGenocide.”

Here’s Episode One to get you started:

Trackback URL for this entry: https://kickthemallout.com/trackback.php/GMO_Mosquito_Experiment_Goes_Horribly_Wrong