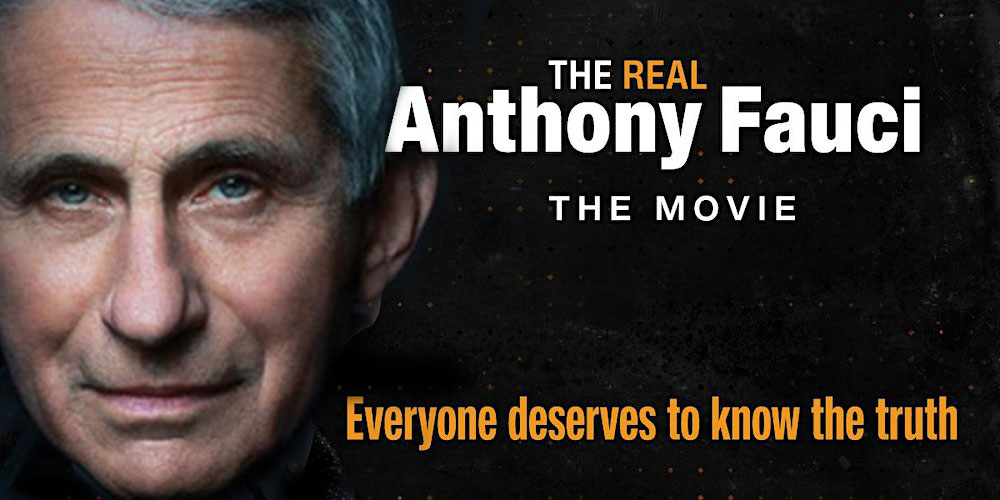 Robert F. Kennedy Jr.’s (RFK) best-selling book, ‘The Real Anthony Fauci’, has been turned into a spellbinding documentary film by Kala Mandrake …and has been released entirely free to the public on Tuesday, Oct. 18, 2022.

The book sold over a million copies and impacted the lives of countless people.

But at over 600 pages, it’s an intimidating read.

At the start of 2020, the institutions we trusted to protect our rights pivoted in a lockstep assault against free speech and personal freedoms.

If the video won't play please report the problem by clicking here.
x

Mass public health experiments were forced upon shell-shocked citizens with a novel, shoddily tested, and improperly licensed technology so risky that manufacturers refused to produce it unless every government on Earth shielded them from liability.

What followed were mandated children vaccinations, lockdowns that destroyed businesses, families, and lives, and unprecedented intrusions into privacy that disrupted our most treasured social and family relationships.

RFK tracks the rise of Anthony Fauci from his start as a young public health researcher and physician into a technocrat who helped plan the militarization and monetization of medicine that has left American health ailing and its democracy shattered.

The book unleashed a firestorm of controversy among conservatives and liberals alike. The mainstream media fought tooth and nail to ban the book.

They tried everything from unfair censorship, boycotts from bookstores and libraries, and personally writing hit pieces against RFK Jr.

Every major social media outlet did, in fact, ban the book.

Trackback URL for this entry: https://kickthemallout.com/trackback.php/V-The_Real_Anthony_Fauci_the_Movie