The COVID “cure” will prove to be far more deadly than the much-hyped, much-feared coronavirus. 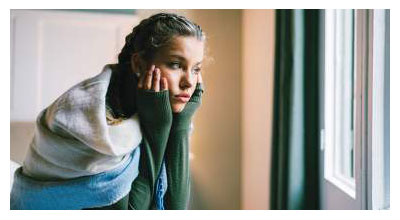 “How do I kill thee? Let me count the ways.” Well, let’s see. Dr. Fauci’s dictatorial lockdowns were instituted (so we are told) to save lives from the dreaded COVID “pandemic.” But the lockdowns have very likely already taken more lives globally than the virus ever would have, as we will show below. And here’s the most important point: The COVID “cure” will keep on killing for many years to come.

The full extent of COVID cure-related deaths is only beginning to be revealed, even as the CDC finally admits that its earlier death-rate estimates for the virus were way overblown. Yes, the wild estimates that were used by the World Health Organization, the Centers for Disease Control, and the media to create panic and justify totalitarian edicts are now thoroughly discredited — while the far-greater death tolls from the lockdowns and the socio-economic havoc they are causing are only beginning to be tabulated. And the fatality numbers from the “cure” that are coming into view are horrific. As a result of the COVID lockdowns and mandates, many millions more people worldwide will die of famine, suicide, drug and alcohol abuse, cancer, heart failure, kidney failure, stroke, diabetes, tuberculosis, pneumonia, depression, loneliness, and other conditions.

On May 19, Simone Gold, M.D., and more than 500 physicians from across the country signed a letter to President Donald Trump urgently requesting that he end the national shutdown. Dr. Gold, an emergency medicine specialist in Los Angeles with 31 years of medical experience, and her distinguished list of co-signers sketch the very stark reality concerning the deadly impact of the shutdowns that they are already seeing in their medical practices.

“We write to you today to express our alarm over the exponentially growing negative health consequences of the national shutdown,” the doctors’ letter says. “In medical terms, the shutdown was a mass casualty incident.” The doctors explain that in any mass casualty incident the standard medical practice is to triage the victims into three priority categories based on the levels of immediate care needed to maximize survivability. The red group (severe, but survivable, injuries) receives highest priority. The next priority is to ensure that the next two groups — yellow and green — do not deteriorate a level.

“Millions of Americans are already at triage level red,” the doctors warn. “These include 150,000 Americans per month who would have had a new cancer detected through routine screening that hasn’t happened, millions who have missed routine dental care to fix problems strongly linked to heart disease/death, and preventable cases of stroke, heart attack, and child abuse. Suicide hotline phone calls have increased 600%.”

“An Order of Magnitude Error”

It gets worse. “Hundreds of millions are at triage level green,” the doctors warn. “These are people who currently are solvent, but at risk should economic conditions worsen. Poverty and financial uncertainty is closely linked to poor health. A continued shutdown means hundreds of millions of Americans will downgrade a level.”

Dr. Gold and her colleagues then personalize these mind-numbing statistics with examples of actual cases from their practices that illustrate the consequences of the shutdown in real terms for real people. “We are alarmed,” they write, “at what appears to be the lack of consideration for the future health of our patients. The downstream health effects of deteriorating a level are being massively under-estimated and under-reported. This is an order of magnitude error.”

“It is impossible to overstate the short, medium, and long-term harm to people’s health with a continued shutdown,” the doctors warn. “Losing a job is one of life’s most stressful events, and the effect on a person’s health is not lessened because it also has happened to 30 million other people.”

The doctors’ letter concludes: “The millions of casualties of a continued shutdown will be hiding in plain sight, but they will be called alcoholism, homelessness, suicide, heart attack, stroke, or kidney failure. In youths it will be called financial instability, unemployment, despair, drug addiction, unplanned pregnancies, poverty, and abuse. Because the harm is diffuse, there are those who hold that it does not exist. We, the undersigned, know otherwise.”

A search of news articles, including even those from the hysteria-minded mainstream media, reveals many stories from physicians echoing the alarm expressed by Dr. Gold and her associates. Take, for example, Dr. Bruce Lowell, an internist in Great Neck, New York, who told the New York Times, “People are still having heart attacks, people are still having strokes.” He added, “I feel as if there is no awareness of anything other than Covid.” Like many other physicians, Dr. Lowell has had patients die due to the COVID lockdowns. “I’m a primary care doctor,” Dr. Lowell said. “I’m totally hogtied trying to take care of people. It’s sad. It brings tears. We’re all on the front line.”

But when it comes to the real death toll from the COVID “cure,” we are likely facing two or three orders of magnitude error, in terms of undercounting the victims who have died as a result of the lockdowns versus the overcounting of those who died from the virus. That’s right, deaths from government COVID mandates could end up being 100 to 1,000 times greater than deaths from the virus itself. This is especially the case if the lockdowns continue and the Dr. Faucis of the world and their panic propagandists succeed in stampeding governments into a second wave of controls that are even more totalitarian than those already visited upon us.

The biggest killer will likely be the looming COVID-induced famines that are already taking countless lives and further destabilizing already rickety governments. David Beasley, executive director of the United Nations World Food Program, says a “hunger pandemic” and famines of “biblical proportions” will soon be upon us, thanks to the worldwide implementation of edicts of the United Nations World Health Organization (WHO) that have locked down farms and food processing and distribution centers.

“In a worst-case scenario, we could be looking at famine in about three dozen countries,” Beasley warned in an April 21 address to the United Nations Security Council. There’s “a real danger that more people could potentially die from the economic impact of COVID-19 than from the virus itself,” he stated, averring that the world could face “multiple famines of biblical proportions within a few short months.”

“We can expect more global deaths due to secondary impacts of COVID-19 than the virus itself,” says Ian Bradbury, CEO of the Canada-based humanitarian organization 1st NAEF. Bradbury notes that the World Food Program “currently estimates that 265 million will be on the brink of starvation by the end of the year.”

Get that? Hundreds of millions. Granted, experience has shown it’s always hazardous to accept as true any statistic, prediction, warning, or alleged statement of fact from any UN official or their designated spokesmen. But in this case, the evidence supports Beasley’s grim forecast. The shutdowns and lockdowns mandated by WHO, CDC, and other “health authorities” have disrupted planting, harvesting, processing, transportation, and distribution of foodstuffs globally, with the deadliest effects falling on the world’s poorest and most vulnerable. As a result, tens of millions to hundreds of millions — and, conceivably even billions — of our fellow human beings might die, many suffering horrible death by starvation.

A May 6 CBS News story by correspondent Debora Patta reported on the unfolding tragedy in the South African township of Diepsloot. As one example, she cited the experience of 39-year-old Thandi Lebho. “She and her husband and three children have been waiting for food donations for three weeks,” Patta reported. “They haven’t been able to get what they need since South Africa’s lockdown began…. When she manages to get to the food distribution truck, it’s already run out of supplies.”

“The kids are not going to school and education is going low,” Mrs. Lebho related. “We are struggling to get money because I’m working for myself. I’m self-employed — so my business is in my house — so I’m not earning anything now. I’m starving now. I don’t have anything.”

The Lebho family’s plight can be multiplied millions of times across Africa. Beyond the immediate impact of starvation, there is also the inevitable social and political destabilization that will follow, as political and tribal competitors jockey for power. Crime, banditry, riots, civil wars, border wars, and refugees will increase.

Thanks to the lockdowns, many American farmers face ruin and American consumers face scarcity and sky-high food prices. The prospects for the average American may be less dire than for the average African, but the U.S. food picture is looking very grim. With schools, cafeterias, and restaurants closed down and travel restrictions impeding harvests and transport of farm goods, U.S. farmers are being forced to dump billions of pounds of fruits, vegetables, grains, milk, and eggs, and to kill millions of chickens, cows, and pigs.

Americans may not face the same level of hunger that is befalling the developing regions of the world, but food availability and food prices will present challenges unlike anything seen in this country since the Great Depression. According to the U.S. Bureau of Labor Statistics, April saw the sharpest increase in grocery-store prices in nearly 50 years. Even more sobering is the fact that a great many family farms, like so many other family businesses, are being plowed under and will never recover. At the same time, America’s food production and distribution are being cartelized, with globalist corporations — many of which are in bed with Communist China — swallowing up the family farms.

“Social isolation has been associated with a significantly increased risk of premature mortality from all causes,” states a new 2020 report by the National Academies of Sciences (NAS). That’s right, social isolation increases death “from all causes.” The 317-page report, Social Isolation and Loneliness in Older Adults, shines a light on another huge category of under-reported collateral damage from the draconian COVID directives. The NAS study brings together the extensive research showing that loneliness poses serious health risks, including, for example:

• A nearly 300-percent increase in risk of death from heart failure;

• A 68-percent increased risk of hospitalization due to heart condition;

• A 32-percent increased risk of stroke;

• A 45-percent increased risk of death.

Douglas Nemecek, M.D., chief medical officer for health insurer Cigna, noted in the mammoth 2018 Cigna-Ipsos study on the “loneliness epidemic” that “loneliness has the same impact on mortality as smoking 15 cigarettes a day, making it even more dangerous than obesity.”

Dr. Carla Perissinotto, associate chief for geriatrics programs at the University of California, San Francisco, and a contributor to the NAS report, says: “The health effects of loneliness are astounding. At any point across the life span, the things we’re most worried about is [sic] losing our independence, losing our minds, and heart attack, and these are all affected by loneliness independent of other risk factors.”

Even if one is willing to still consider, at this late juncture, that WHO’s Dr. Tedros, CDC’s Dr. Fauci, and the rest of the power-drunk politicians, bureaucrats, and medical dictators were misguided but well-intentioned when they initiated their global lockdowns, there is no justification for continuing to give them the benefit of the doubt. Take your pick — famine, medical and healthcare denial, unemployment, economic havoc, business destruction, depression, loneliness — their policies are killing on a global scale that might rival the mass-murders of Stalin, Mao, Hitler, and Pol Pot. Tedros, Fauci, et al. are either obstinately blind to these facts, or they are intentionally pursuing “democide,” the term coined by the late professor/author R.J. Rummel for intentional mass-murder by governments of their own peoples.

Trackback URL for this entry: https://kickthemallout.com/trackback.php/Lethal_Lockdowns-The_WHO-CDC_Global_Genocide