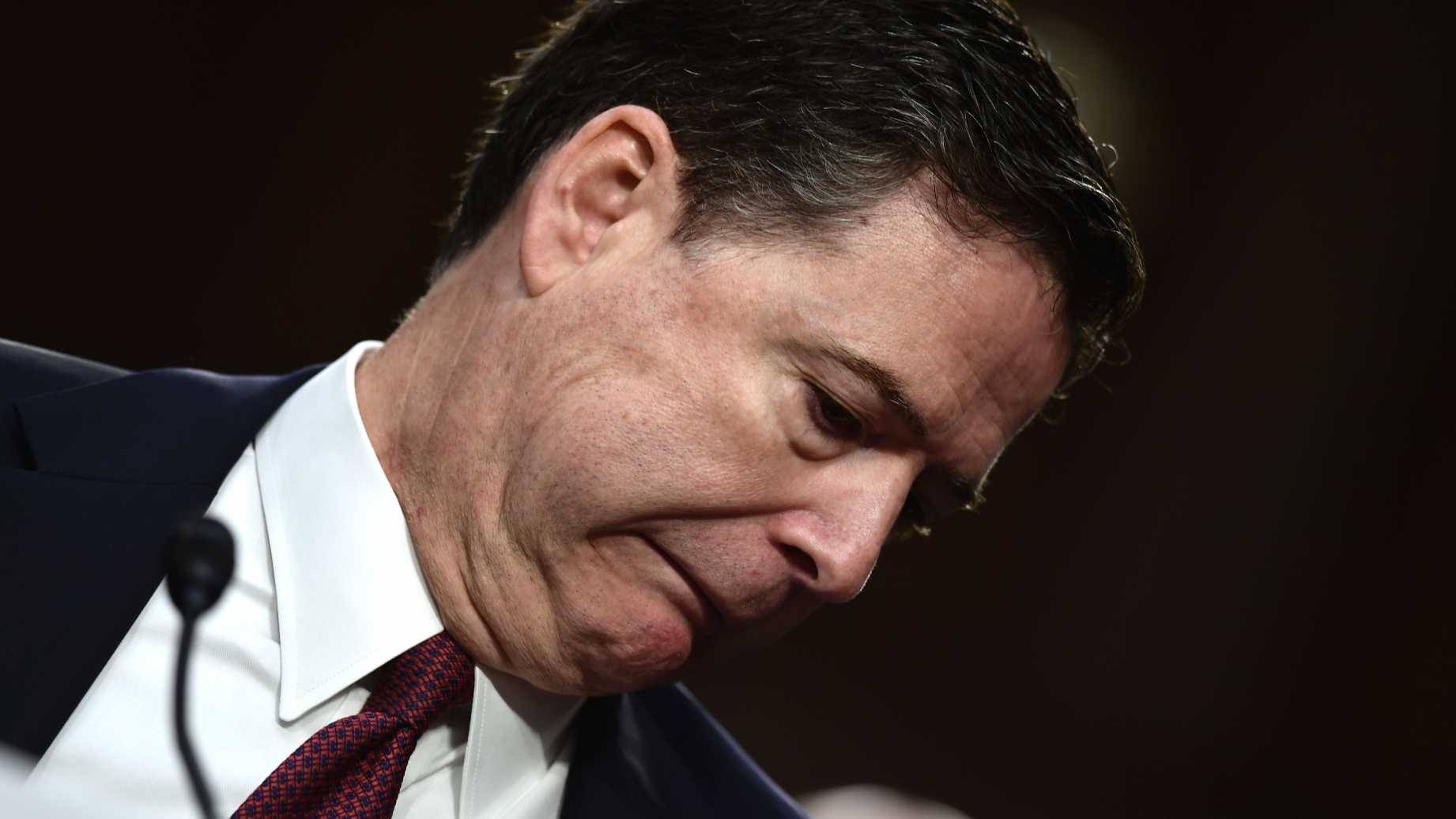 On Thursday, contemporaneous memos written by then-FBI director James Comey regarding meetings with President Trump were revealed to Congress . . . and within minutes, were leaked to the media. There wasn’t much in the memos we hadn’t already heard from Comey, of course. But here’s what you need to know.

1. Comey Leaked The Memos To Prompt A Special Counsel In The First Place. After Comey’s firing, he leaked the memos to a “close friend” so that the press would see them, intending to prompt a special counsel investigation into his firing. The theory was that the memos showed that Comey was hot on Trump’s trail on the Russia investigation, and that Trump fired Comey in order to obstruct justice. Comey told the Senate Intelligence Committee in June 2017, “I asked a friend of mine to share the content of the memo with a reporter. I didn’t do it myself for a variety of reasons but I asked him to because I thought that might prompt the appointment of a special counsel.” But there’s nothing in the memos that suggests Trump was actually attempting to obstruct justice.

2. The Letter From The DOJ To Congress Suggests Portions Of The Memo Were Classified. Comey said he hadn’t broken the law by showing the memos to a third party, because they were unclassified personal “recollection.” But the letter from the DOJ to Congress states, “Therefore, pursuant to your request, we are providing the requested memoranda in both redacted and unredacted formats for your convenience. … The unredacted documents are classified, and we will provide those in a separate, secure transmittal to the House Security office tomorrow.” This seems to suggest that Comey was wrong about the level of classification the memos required, meaning he could have broken the law — although Comey says he only leaked one of the memos to his friend, and that one was unclassified.

3. The DOJ Seemingly Fibbed About The Importance Of The Memos. The DOJ refused to turn over the memos when requested under the Freedom of Information Act; they claimed that the release of the memos would interfere with the Mueller investigation. There’s nothing in the memos that seems to suggest this is true. And if it were true, why would the DOJ now release the memos to Congress, knowing full well that they would be leaked within minutes?

4. The Memos Don’t Suggest Obstruction. Upon release of the memos, Reps. Devin Nunes (R-CA), Bob Goodlatte (R-VA), and Trey Gowdy (R-SC) rightly tore into Comey. They stated that the memos “show the President made clear he wanted allegations of collusion, coordination, and conspiracy between his campaign and Russia fully investigated.” Furthermore, the memos demonstrate that Trump didn’t want the Russia election interference investigation ended, but the suggestion that he had engaged in lewd personal conduct. And as the Congressmen point out, “The memos also show former Director Comey never wrote that he felt obstructed or threatened.”

5. Comey Held Trump To A Different Standard Than Obama Officials. Comey has stated that he interfered in the Hillary Clinton email investigation in an unprecedented way because he felt that Attorney General Loretta Lynch had undercut the credibility of the DOJ. But he never wrote contemporaneous memos about it. He reserved that for Trump, as the Congressmen point out: “He chose not to memorialize conversations with President Obama, Attorney General Lynch, Secretary Clinton, Andrew McCabe or others, but he immediately began to memorialize conversations with President Trump. …These memos also lay bare the notion that former Director Comey is not motivated by animus.” Comey also never bothered to try to launch a special counsel investigation against Lynch and Clinton.

6. Comey Defended McCabe Repeatedly. Comey repeatedly defended his deputy FBI director Andrew McCabe from attacks by President Trump, and said that McCabe was professional. Now McCabe may be indicted for criminal activity for leaking material to the press without Comey’s permission or say-so.

The Comey memos don’t help Comey’s case. In fact, they hurt it rather badly. They don’t show us anything we didn’t already know, but they undercut the case that Comey was being pressured in any serious fashion by Trump. Trump isn’t wrong when he tweets:

Trackback URL for this entry: https://kickthemallout.com/trackback.php/6_Things_You_Need_To_Know_About_The_Released_Comey_Memos