It's sn Act of WAR by the Globalists!

When Election Integrity Is Gone, Our Country Is Gone!

Stories and Videos Highlighting Why We Need To Drain the Swamp of Globalists/Collectivists Sooner Than Later!

Sometimes you just have to have a few giggles

Time To Shut Down shut down the 'K' Street Lobbying Corruption Machine for good!

Check out our HUGE COMPREHENSIVE "INDEXED" LIBRARY of articles and videos
exposing the CRIMINAL FRAUD of the COVID-19 Pandemic Hoax HERE.
There's nothing like it anywhere else.  All the info you need, all in one place!

Check out our new section devoted to articles and videos
exposing the theft of the 2020 Election HERE.

The Kick Them All Out Project began in 2006 as an effort to promote a revolutionary voting strategy that could potentially break the stranglehold global banking/corporate interests have over our government.  Most everyone has some awareness that the U.S. citizens are not the "real" constituents of most career politicians.  Most has some awareness that the real constituents of career politicians are those who give them the most money and support necessary to win reelection so they can move up the political ladder to more power, wealth, and influence.

The only direct power our form of government provides for us to influence our supposed representatives is the power to hire and fire them at the ballot box.  Of course, for that power to be real, we must have elections that are free and fair which for the most part has been like everything else in the great American experiment, nothing but an unrealized ideal.

Prior to the 2020 election, the good news was that even with the fraud that routinely occurred in elections there was still one thing the fraud couldn't prevent. It could not prevent landslide elections. A very popular candidate simply would simply get too many votes.  In other words, most forms of voter fraud and tampering are designed to rig the outcome of close elections so the tampering isn't obvious.  In order to stop landslide elections, they have to rig too many votes making the fraud blatantly obvious.  And it's usually much easier to tamper with state and local elections than it is to tamper with national elections because state elections involve a smaller number of voters meaning you don't need to tamper with that many votes to flip results.  That's why races are typically "fake polled" to appear to be very close long ahead of election day.

That being said, the 2020 election saw unprecedented levels of election fraud. The usual vote fraud methods could not stop the landslide that was occurring so they shut it all down late at night and started STUFFING THE BALLOT BOXES IN SWING STATES. They realized there was no way to stop a Trump victory without in-your-face vote fraud . . . and they didn't care. Their ace in the hole was the fact that they controlled the key Secretaries of State and enough judges who would all turn a blind eye to it all.

After looking at the following stats, what more needs to be said?
Does any "honest" person actually believe Biden won

by only winning 477 Counties? 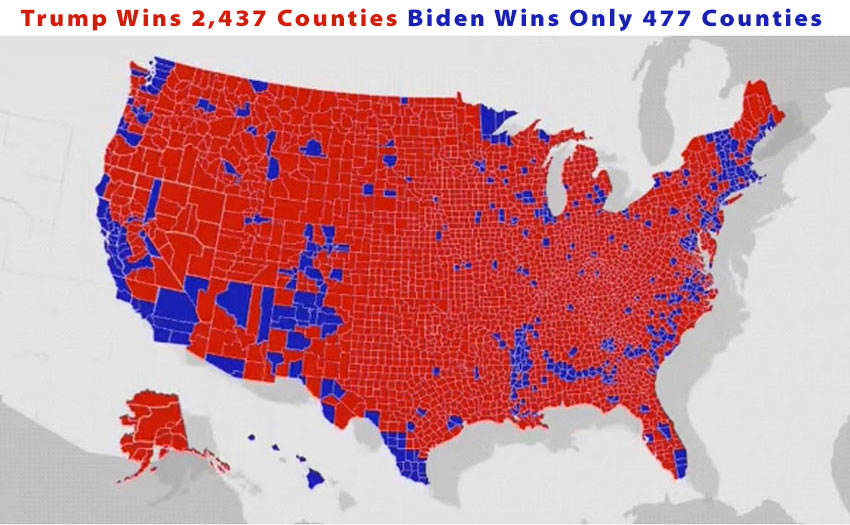 The people behind these crimes are have been highly organized for decades and counted on the fact that hardly anyone was watching what they have been up to.  With mainstream media control as the cherry on top, it's been extremely easy for them to rig elections that were "close races."

For the theft of the 2020 election crime, they primed the pump with a cover story weeks before the election.  In essence, they told us exactly what they were going to do to us all.  They hammered us with the narrative of the "Red Mirage" on election night where Trump would only "appear to be winning? They let everyone know what reality was going to be after all the fraudulent votes were counted in the coming weeks, Biden would ultimately win.  Watch this and refresh your memory of what they did.

Unfortunately, those responsible for orchestrating the massive amounts of election fraud in the 2020 election to ensure Donald Trump doesn't get a second term have all been given a get-out-of-jail-free card by every institution established to prevent and remedy such crimes.  Despite the massive amount of voter/election fraud, even evidence of substantial involvement of foreign countries like communist China it was all summarily ignored (remember how horrible Russian interference was not too long go?).  Every state legislature, even those with Republican majorities, certified the fraudulent election results. Not one court would hear any case, not even the Supreme Court of the United States.  Nobody ever got a day in court.  The U.S. Department of Justice refused to look into any substantial allegations of voter fraud.  Then the final coat of whitewash was applied by our totally corrupt Congress that also rubber-stamped the blatant theft of a Presidential election.

With the exact same election fraud that occurred in the national election in the Georgia runoff election, they now have successfully stolen control of the White House as well as both the House and the Senate.  So, unless state legislatures rise to the occasion, it's not likely anyone will ever be held accountable.  And it's not likely any changes will be made to ensure secure and honest elections.  It's looking more and more like what little power we had through voting has just disappeared, and maybe forever.  Unless we see state legislatures rise to the occasion and make major changes necessary to ensure fair and honest elections, the KTAO voting strategy is still pretty much on hold.  If you can no longer have any confidence your vote will actually count, what the hell is the point of participating in elections?

We listened to the Democrats and Rinos wail about how Trump was never a legitimate President then they foist one of the most corrupt idiotic Swamp Creatures imaginable on us with an equally swampy and corrupt VP via a blatantly stolen election.  You could not get more illegitimate than Bejing Biden and Commila Harris. 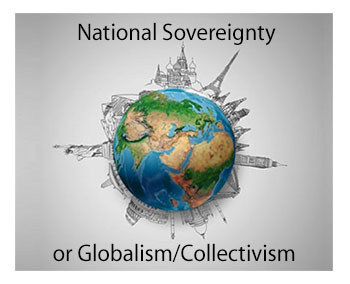 So what has this really been about?  Where does this leave us?

In one word, GLOBALIZATION.  One of the most important things Trump accomplished was to draw attention to the fact that our government was selling us out to powerful banking/corporate global interests, efforts which necessarily involved destroying everything that makes us American, that makes us a strong and independent country.  Check out this video about why the Globalists want you to hate Trump and why they were hell-bent on getting rid of him at all costs.

One of the most important changes we've seen over the last 4 years is the awakening to the fact that our government was no longer "our government."  Far more people now see that the vast majority of people who were supposed to be representing our best interests were in fact selling us out.  They have been deliberately putting American interests LAST in favor of powerful global banking/corporate interests.  Politicians who do the bidding of these globalists are guaranteed abundant funding and favorable media support necessary for reelection.  This decades-long stealthy arrangement with politicians, advancements in technology, and the complicity of the mainstream media in covering up what the globalists have been doing. has allowed them to become dangerously close to achieving their maniacal goal.  Check out this secretly recorded speech by David Rockefeller thanking the media for keeping it all hidden from the American people. 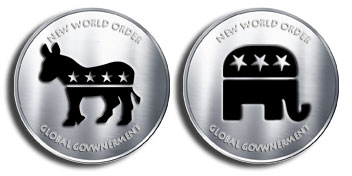 More people than ever before see that there isn't any real difference between the two main political parties, that they are just two sides of the same BIG GOVERNMENT COIN.  They are in fact a singular political party, The Globalist Party.

What's next now that the globalists have stolen the 2020 election to gain total control over our government?  They fully intend to put the pedal to the metal!  We are going to see a rapid escalation of their agenda with the primary driver being the totally manufactured COVID-19 Pandemic Hoax.  Please watch the video below for a glimpse into what we all have in store.  The globalists are using the COVID-19 Pandemic Hoax to usher in what they are calling "THE GREAT RESET." 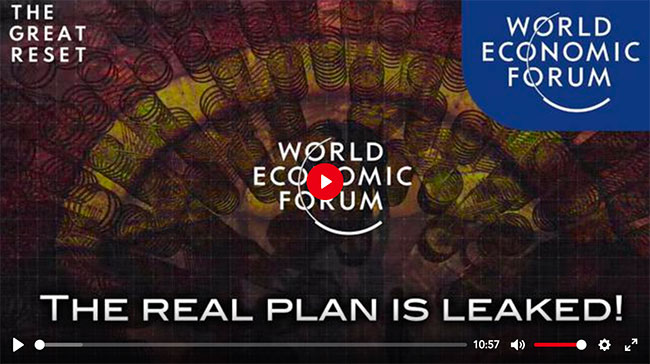 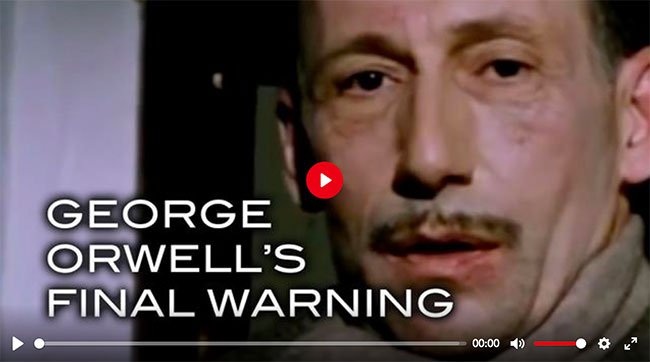 This is happening right here, right now, ushered in via the "medical tyranny"
of the manufactured COVID-19 pandemic FRAUD! 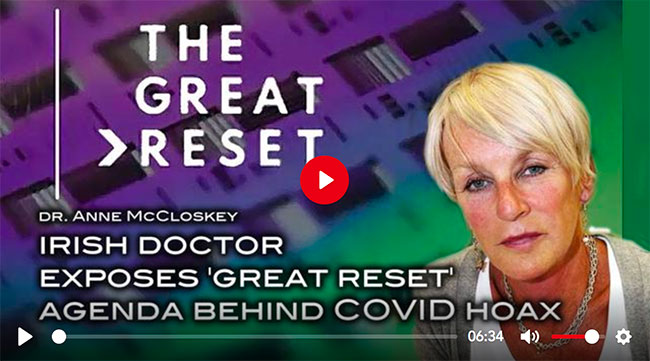 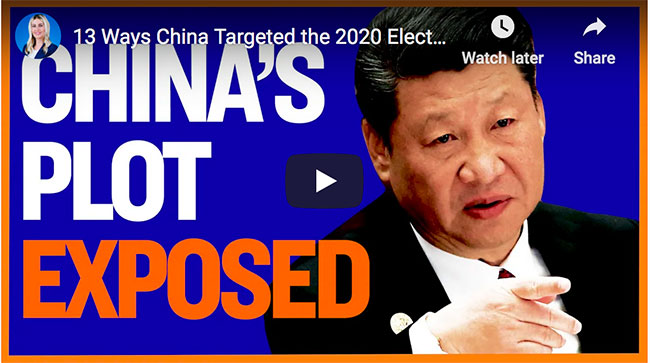 Now that they have STOLEN the 2020 Election, Welcome to the USSA!
A Warning From Yugoslavia Not To Let Socialism Come To America 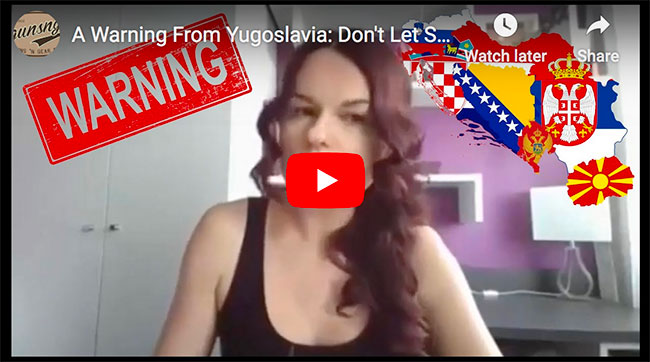 “If the politics of the Democratic Party prevail, this nation will commit suicide.” 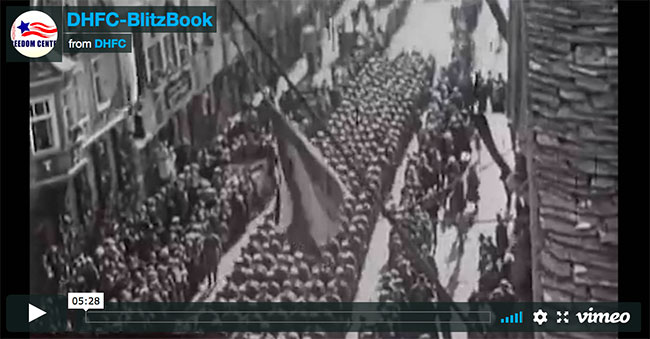 Please Support Us With A Purchase