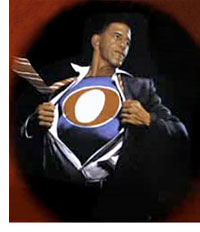 The Obama Deception is a hard-hitting film that completely destroys the myth that Barack Obama is working for the best interests of the American people. The Obama phenomenon is a hoax carefully crafted by the captains of the New World Order. He is being pushed as savior in an attempt to con the American people into accepting global slavery.

We have reached a critical juncture in the New World Orders plans. Its not about Left or Right: its about a One World Government. The international banks plan to loot the people of the United States and turn them into slaves on a Global Plantation. Covered in this film: who Obama works for, what lies he has told, and his real agenda. If you want to know the facts and cut through all the hype, this is the film for you. Watch the Obama Deception and learn how:

The information contained in this film is vital to the future of the Republic and to freedom worldwide. President Barack Obama is only the tool of a larger agenda. Until all are made aware, humanity will remain captive to the masters of the New World Order.

Trackback URL for this entry: https://kickthemallout.com/trackback.php/V-The_Obama_Deception