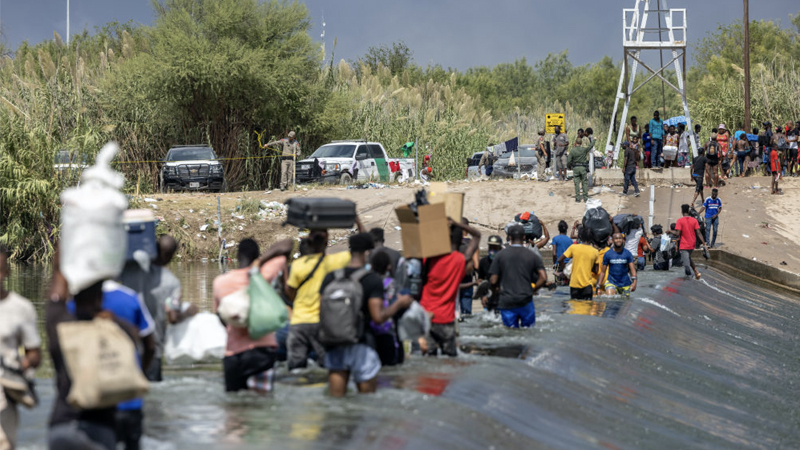 During her speech, Logan told the audience the Biden regime is handing out social security numbers to illegal aliens at the southern border.

Over 3 million illegals will have crossed into the United States via the open southern border in Joe Biden’s first two years in office.

This needs to be Joe Biden’s first impeachment trial — the purposeful destruction of the United States of America.

Lara Logan: You look around you and you know they don’t actually believe in citizenship. And now when people come across the border illegally, I have this confirmed from border patrol agents who are actually, physically doing this, they get given a Social Security number. They get assigned a Social Security number when they cross. I’m not sure how many of you are aware of that. And if you really want to know where the cheating starts, it’s long before you get to the polls. Think about it, it starts with the census. It starts with counting illegals in the census.

We also know the Biden regime is tossing backlogged immigration cases for tens of thousands of illegals.

This is complete lawlessness and mayhem.

Trackback URL for this entry: https://kickthemallout.com/trackback.php/They_Are_Giving_Social_Security_Numbers_to_Illegal_Aliends_at_the_US_Border