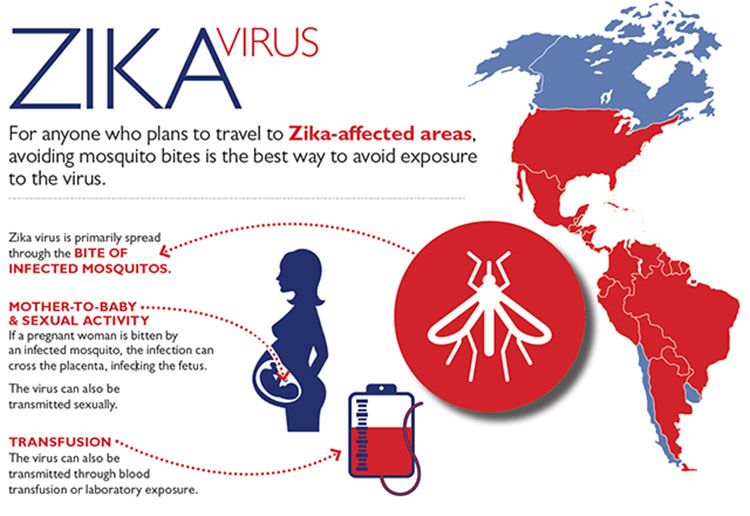 I covered the Zika outbreak extensively in 2016. It was yet another fraud, and it collapsed under the weight of warnings to women to avoid pregnancy. Women wouldn’t obey in great enough numbers.

Basically, the official position was: an outbreak of microcephaly was occurring, worldwide, starting in Brazil. Babies were being born with smaller heads and brain damage. The cause was the Zika virus, carried by mosquitoes.

When I was exposing the lies, in 2016, I wasn’t questioning the existence of the Zika virus. Now, in 2021, I would be demanding proof that the virus had actually been isolated.

Here are excerpts from the many articles I wrote during the “Zika crisis”. There is more, much more to the story, but what I’m publishing here is enough to reveal the standard pattern of pandemic ops: pretend the “medical condition” is entirely the result of a germ; fake the exact cause; cover up ongoing government/corporate crimes.

EXCERPT ONE, 2016: There is no convincing evidence the Zika virus causes the birth defect called microcephaly.

Basically, Brazilian researchers, in the heart of the purported “microcephaly epidemic,” decided to stop their own investigation and simply assert Zika was the culprit. At that point, they claimed that, out of 854 cases of microcephaly, only 97 showed “some relationship” to Zika.

You need to understand that these figures actually show evidence AGAINST the Zika virus as the cause. When researchers are trying to find the cause of a condition, they should be able to establish, as a first step, that the cause is present in all cases (or certainly an overwhelming percentage).

This never happened. The correlation between the presence of Zika virus and microcephaly was very, very weak.

As a second vital step, researchers should be able to show that the causative virus is, in every case, present in large amounts in the body. Otherwise, there is not enough of it to create harm. MERE PRESENCE OF THE VIRUS IS NOT ENOUGH. With Zika, proof it was present in microcephaly-babies in large amounts has never been established.

EXCERPT TWO, 2016: Millions of bees have just died in South Carolina, because Dorchester County officials decided to attack Zika mosquitoes from the air, from planes, with a pesticide called Naled.

The Washington Post reports, in an article headlined: “‘Like it’s been nuked’: Millions of bees dead after South Carolina sprays for Zika mosquitoes.”

“The county acknowledged the bee deaths Tuesday. ‘Dorchester County is aware that some beekeepers in the area that was sprayed on Sunday lost their beehives,’ Jason Ward, county administrator, said in a news release. He added, according to the Charleston Post and Courier, ‘I am not pleased that so many bees were killed.’”

If you want to dig further, you can discover that, despite assurances to the contrary, Naled, like other toxic organophosphate pesticides, harms humans as well. Organophosphates are neurotoxins. The original research was done in Germany, in the hunt for nerve-agent weapons.

Naled, the organophosphate pesticide now being sprayed on Miami to kill “Zika mosquitoes,” has dire effects.

Key quotes from the study:

“Gestational exposure to several common agricultural pesticides can induce developmental neurotoxicity in humans, and has been associated with developmental delay and autism.” [Emphasis added]

“Approximately one-third of CHARGE study mothers lived, during pregnancy, within 1.5 km (just under 1 mile) of an agricultural pesticide application. Proximity to organophosphates at some point during gestation was associated with a 60% increased risk for ASD [Autism Spectrum Disorders], higher for third-trimester exposures…and second-trimester chlorpyrifos [an organophosphate pesticide] applications…”

The pesticide spraying affects pregnant mothers by raising the risk of neurological damage to their babies.

“New doubts on Zika as cause of microcephaly.” ScienceDaily, 24 June 2016.

“Brazil’s microcephaly epidemic continues to pose a mystery — if Zika is the culprit, why are there no similar epidemics in other countries also hit hard by the virus? In Brazil, the microcephaly rate soared with more than 1,500 confirmed cases. But in Colombia, a recent study of nearly 12,000 pregnant women infected with Zika found zero microcephaly cases. If Zika is to blame for microcephaly, where are the missing cases?”

EXCERPT FOUR: It makes far more sense to listen to what South American doctors are saying about the areas where birth defects are occurring. These would be doctors who actually care about what is destroying lives and the lives that are being destroyed.

We have such reports passed along to us, thanks to Claire Robinson of GM Watch. She is one of those people who still makes the profession of journalism mean something.

Here are quotes from her most recent article, “Argentine and Brazilian doctors name larvicide as potential cause of microcephaly.”

“A report from the Argentine doctors’ organisation, Physicians in the Crop-Sprayed Towns, challenges the theory that the Zika virus epidemic in Brazil is the cause of the increase in the birth defect microcephaly among newborns.”

“The increase in this birth defect, in which the baby is born with an abnormally small head and often has brain damage, was quickly linked to the Zika virus by the Brazilian Ministry of Health. However, according to the Physicians in the Crop-Sprayed Towns, the Ministry failed to recognise that in the area where most sick people live, a chemical larvicide [pesticide] that produces malformations in mosquitoes was introduced into the drinking water supply in 2014. This poison, Pyriproxyfen, is used in a State-controlled programme aimed at eradicating disease-carrying mosquitoes.” [Emphasis added]

“The Physicians added that the Pyriproxyfen is manufactured by Sumitomo Chemical, a Japanese ‘strategic partner’ of Monsanto. Pyriproxyfen is a growth inhibitor of mosquito larvae, which alters the development process from larva to pupa to adult, thus generating malformations in developing mosquitoes and killing or disabling them. It acts as an insect juvenile hormone or juvenoid, and has the effect of inhibiting the development of adult insect characteristics (for example, wings and mature external genitalia) and reproductive development. It is an endocrine disruptor and is teratogenic (causes birth defects).”

“The Argentine Physicians commented: ‘Malformations detected in thousands of children from pregnant women living in areas where the Brazilian state added Pyriproxyfen to drinking water are not a coincidence, even though the Ministry of Health places a direct blame on the Zika virus for this damage.’”

“They also noted that Zika has traditionally been held to be a relatively benign disease that has never before been associated with birth defects, even in areas where it infects 75% of the population.”

“…The Argentine Physicians’ report…concurs with the findings of a separate report on the Zika outbreak by the Brazilian doctors’ and public health researchers’ organisation, Abrasco.”

“Abrasco also names Pyriproxyfen as a likely cause of the microcephaly. It condemns the strategy of chemical control of Zika-carrying mosquitoes, which it says is contaminating the environment as well as people and is not decreasing the numbers of mosquitoes. Abrasco suggests that this strategy is in fact driven by the commercial interests of the chemical industry, which it says is deeply integrated into the Latin American ministries of health, as well as the World Health Organization and the Pan American Health Organisation.”

“Abrasco names the British GM insect company Oxitec as part of the corporate lobby that is distorting the facts about Zika to suit its own profit-making agenda. Oxitec sells GM mosquitoes engineered for sterility and markets them as a disease-combatting product – a strategy condemned by the Argentine Physicians as ‘a total failure, except for the company supplying mosquitoes’.”

“…Abrasco added that the disease [microcephaly, other birth defects] is closely linked to environmental degradation: floods caused by logging and the massive use of herbicides on (GM) herbicide-tolerant soy crops – in short, ‘the impacts of extractive industries’.”

EXCERPT FIVE: In a recent greenmedinfo article—“What is the Zika Virus Epidemic Covering Up?” by Jagannath Chatterjee—the author traces other Gates-Brazil connections. For example:

“While investigating the procedures directed at pregnant women in the year 2015, shocking facts emerged. Acting as per a WHO [World Health Organization] decision to inject pregnant women with vaccines despite contraindications the Brazilian Government had allowed its pregnant women to become the equivalent of guinea pigs. Besides the tetanus vaccines (provided as Diphtheria Tetanus vaccines), the women had also received the Measles Mumps Rubella (MMR) vaccine in pregnancy. What is worse a DTaP vaccine was mandated for pregnant women in 2014. Citing a shortage of the DTaP vaccine the highly reactive [dangerous] DTP vaccine was also administered. Clearly huge risks had been inflicted on the unsuspecting women. None of these vaccines are known to be safe during pregnancy and the MMR and the DaPT/DPT vaccines are lapses that cannot be condoned. The rubella virus in the MMR vaccine and the pertussis component in the DPT vaccine are known to cause microcephaly…”

EXCERPT SIX: For example, every year in the US, there are 25,000 cases of microcephaly. And the literature is very clear about causes: any insult to the fetal brain during pregnancy can result in microcephaly. Severe malnutrition, falling down stairs, a blow to the stomach, a toxic street drug or medical drug or vaccine or pesticide, and so on.

EXCERPT SEVEN: For science bloggers who live in mommy’s basement and love the statements of the experts, try this. I’ll give you the full citation. Ready?

“Practice Parameter: Evaluation of the child with microcephaly (an evidence-based review)”; Neurology 2009 Sep 15; 73(11) 887-897; Report of the Quality Standards Subcommittee of the American Academy of Neurology and the Practice Committee of the Child Neurology Society.

“Microcephaly may result from any insult that disturbs early brain growth…Annually, approximately 25,000 infants in the United States will be diagnosed with microcephaly…”

Let me take apart that quote. Microcephaly can result from any early insult to the brain. Any.

Moving on: 25,000 cases, not just once, but every year in the US, means what? Christopher Columbus actually brought the Zika virus to America in 1492, and it lay dormant for a very long time and then, in the modern age, exploded on the scene in the US?

No. 25,000 cases a year in the US means we’re being treated to an unsupported major bullshit story right now about the Zika virus.

That’s what it means.

EXCERPT EIGHT: Now we have a January 27, 2016, Associated Press story out of Rio, published in SFGate: “270 of 4,180 suspected microcephaly cases confirmed.” That’s called a clue, in case you’re wondering. Of the previously touted 4,180 cases of microcephaly in Brazil, the actual number of confirmed cases so far is, well, only 270. Bang.

But wait, there’s more. AP: “Brazilian officials said the babies with the defect [microcephaly] and their mothers are being tested to see if they had been infected. Six of the 270 confirmed microcephaly cases were found to have the [Zika] virus.”

Bang, bang, bang. Out of all the microcephaly cases re-examined in Brazil, only six have the Zika virus. That constitutes zero proof that Zika has anything to do with microcephaly.

In 2015-16, the World Health Organization and the press whiffed on the Zika virus-microcephaly hustle.

But they re-grouped, analyzed their mistakes, and prepared a wall-to-wall messaging campaign for the next fake pandemic.

China would provide the model:

House arrest of a major percentage of the global population. Economic devastation.

As I’ve been demonstrating for the past year, the COVID story is as full of holes as Zika.

Trackback URL for this entry: https://kickthemallout.com/trackback.php/The_Zika_Virs_Was_A_Warm-up_To_COVID