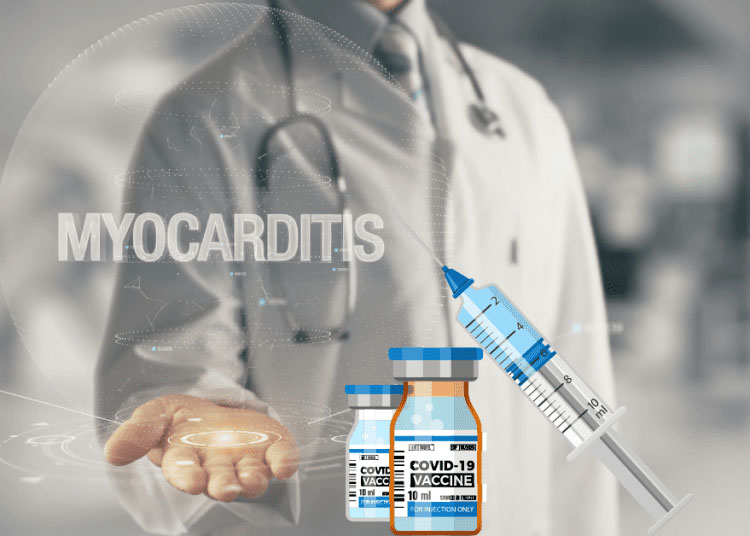 A study coming out of Britain showed an alarming increase in the risk for myocarditis, which is inflammation in the heart, after every mRNA jab, particularly in males under 40.

The study was published last month, and it analyzed data from over 42 million people 13 and older who have taken a COVID-19 shot. It was conducted by various researchers from institutions at the University of Oxford, University of Leicester, University of Edinburgh, King’s College London and University of Nottingham.

“An association between COVID-19 infection and myocarditis was observed in all ages for both sexes but was substantially higher in those older than 40 years,” the study’s abstract states. “These findings have important implications for public health and vaccination policy.”

The American Heart Association has released similar studies finding that the overwhelming majority of younger Americans developing myocarditis were injected with an experimental mRNA jab within a month of developing the condition as well as a study finding that “most patients” are at higher risk of heart-related medical issues after an mRNA shot.

Nurse whistleblowers have been speaking out that the jabs are more deadly to kids than the virus, and New York K-12 schools have been hiring doctors who specialize in sudden cardiac arrest.

Journalist Alex Berenson reported on the British study and wrote that the findings also show the health dangers are “sharply higher than the risk from a coronavirus infection itself.”

The Moderna jab, which includes 100 micrograms of mRNA compared to 30 from Pfizer, showed the largest risk among the various shots suggesting “strongly that the heart risks are dose-related and likely to continue to rise with each additional shot,” Berenson wrote.

“The study also contained some evidence that post-vaccine myocarditis might be more dangerous than other forms of myocarditis,” Berenson added. “It showed a trend towards higher death rates in people hospitalized for myocarditis after vaccination compared to other myocarditis cases.”

Berenson notes that studies like this have not stopped COVID-19 authoritarians at various colleges from mandating the jabs, and most every shot available is mRNA with Johnson & Johnson being harder to find.

“These colleges are likely subjecting their male students to a risk of myocarditis and pericarditis, a related illness, that is much higher than the overall risk of Covid, which is vanishingly small for healthy teenagers and young adults,” Berenson wrote. “Many larger universities are likely to have multiple cases of male students hospitalized for myocarditis as a result of the mandates.”

Boston College, which brags about having a 97% compliance for students being “fully vaccinated,” has announced a booster mandate.

Not only is the government planning to change the definition of “fully vaccinated” with every booster after booster expected to be necessary to follow their dictates, it is also planning to change terminology. Anthony Fauci said last week at a lecture that “we’re using the terminology now ‘keeping your vaccinations up to date’ rather than what ‘fully vaccinated’ means.”

As the list of victims of the jab grows, the government and media is ignoring them.

The Centers for Disease Control has refuses to investigate the death of a 13-year-old Michigan boy who died of myocarditis three days after his second Pfizer jab and did not disclose the death at an advisory meeting.

A 14-year-old girl, Sarah Jessica Blattner, suffered a heart attack in her sleep and died in October after one Pfizer shot. Her father, David Blattner, now says: “She was our beautiful angel. Full of ambition, drive, passion and love. Her life was in front … the pain is unbearable. Make sure not to vaccinate anyone under the age of 24. There is no medical advantage and, in our case, total loss……”

Trackback URL for this entry: https://kickthemallout.com/trackback.php/Large_British_Study_Finds_Risk_of_Myocaritis_Doubles_After_Each_mRNA_Jab