Editor's Note: Many don't realize that the FDA can only grant emergency use authorization for an untested drug "IF THERE ARE NO OTHER TREATMENTS AVAILABLE."  This is why truly safe, effective, and inexpensive treatments have been deliberately suppressed and denied to even exist, causing the death of untold numbers of people who could have received early treatment that would avoid any hospitalizations. 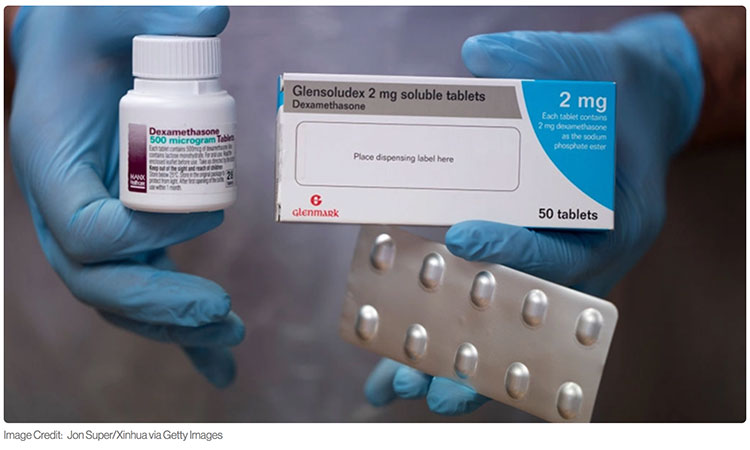 GPS and MPs have hailed a ‘life saving’ miracle drug being used to treat Covid.

The steroid Dexamethasone is increasingly prescribed to at-home Covid patients to prevent them from needing hospital treatment.

MPs last night called on the health service to look into more at-home use of the drug to further cut cases of serious illness from Covid.

The steroid, which reduces the amount of damage in the lungs, has been mostly used in hospital, reducing patients’ need for ventilators.

A study by NHS England earlier this year estimated that the steroid has saved at least 22,000 lives in the UK and a million globally.

A study by NHS England earlier this year estimated that the steroid has saved at least 22,000 lives in the UK and a million globally.

It has been hailed as proof that combined with vaccines, improved treatment means it no longer poses the same threat.

One GP prescribing it for at-home use said: 'This is saving lives. It works – and it makes sense to give it to more people to stop them from being seriously ill.'

Conservative MP Neil O'Brien said last night of the use of Dexamethasone to treat Covid: 'It's a huge triumph – one of the real bright spots of the past year.'

He added the treatment breakthrough is 'one of the great British contributions to the work on the pandemic. It is fantastic to find something that is cheap and works.'

The breakthrough in treatment came after an Oxford University study of over 2,000 NHS Covid patients were given a course of the drug over ten days. 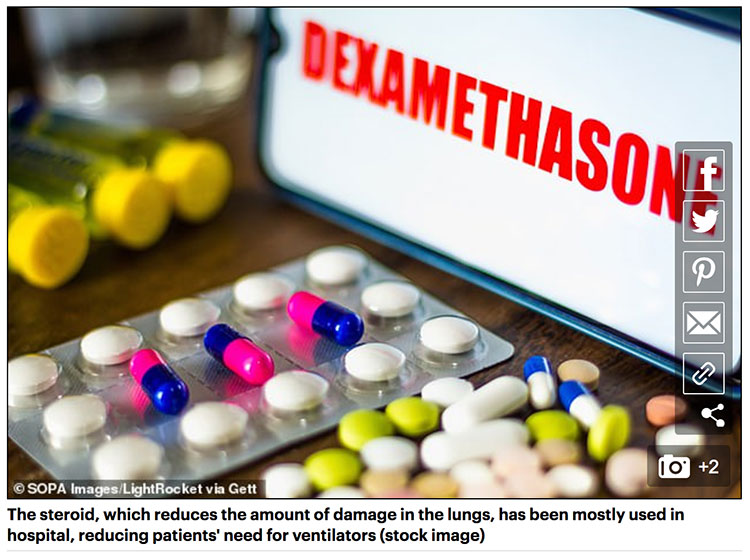 James Cartlidge, the Tory MP for South Suffolk, also hailed the 'incredible' development and said the Government should continue to give it 'every support'.

He said: 'In the long run it's the most important thing. I think it's an underestimated part of the clinical breakthrough we've made.'

The Department of Health's Therapeutics Taskforce spearheaded the work into the treatment, and in April this year a new Antivirals Taskforce was created to focus on making new oral antiviral drugs available to Covid patients.

The use of dexamethasone for patients who require oxygen is now standard care in NHS hospitals.

NHS England said dexamethasone is 'not routinely' prescribed for Covid patients at home, in line with current guidance.

Trackback URL for this entry: https://kickthemallout.com/trackback.php/Dexamethasone-Yet_Another_Miracle_Drug_That_Is_Life_Saving_Against_COVID