Editor's Note:  Just more proof they just make up whatever numbers they need to serve whatever narrative they are pushing at the moment. 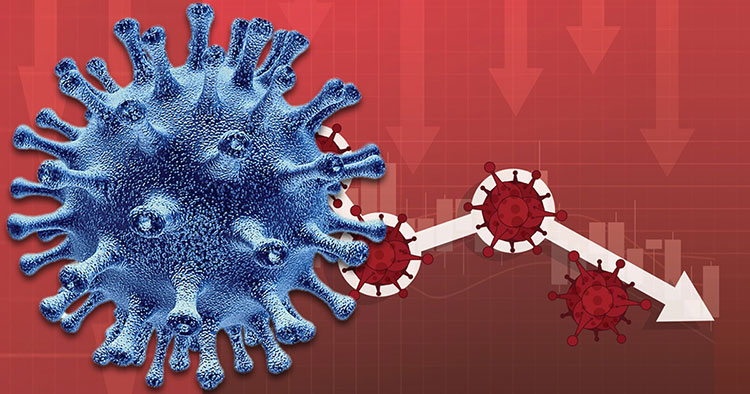 Since President Biden’s inauguration, the infection rates in the COVID pandemic have plummeted by between 30 and 40 percent, a statistic that stands opposed to Joe Biden’s prediction of a “dark winter.”

Reports of COVID infections and hospitalizations are on the decline around the world. Cases of the virus are down 30 percent from last in the United States alone.

The United States averaged 141,146 cases per day over the past week. This is a 30 percent decline from the average two weeks ago.

The nation’s weekly average has leveled under 150,000 cases per day for the first time since November. John Hopkins University indicated a seven-day rolling average culminating in a near 40% decline.

As only 8 percent of the population in the US has received at least a first dose of any of the vaccines – and this is most healthcare and front line workers, vaccine administration doesn’t appear to play into the decline in cases.

Cases around the world, according to the World Health Organization, appear to corroborate the trend in the US. According to their statistics new infections are also down 30 percent.

According to the London Daily Mail, health experts around the world are theorizing that one reason for the dramatic drop in reported infections could be that herd immunity is finally starting to be achieved, while others remain astonished by the revelation.

“Public health experts believe that the decline in cases is likely a combination of a higher number of people who’ve had the virus than official counts suggest,” the Daily Mail reported.

Many scientists – including the total of those who signed The Great Barrington Declaration – believe that the quarantining and segregation of the public has hindered the establishment of herd immunity, thus providing an extended life to the pandemic.

Herd immunity is a form of indirect, naturally occurring protection from infectious diseases when a sufficient percentage of a population has become immune, whether through vaccination or the cultivation of antibodies through previous infections.

An antibody cocktail in phase three trials produced by Regeneron Pharmaceuticals, is emerging as a game-changer in the fight against the COVID virus because of the introduction of antibodies produced in the establishment of herd immunity.

In spite of the evidence that herd immunity is, indeed, working, neither the WHO nor the CDC is examining the possibility that they may have caused more harm than good with their draconian lockdowns and non-sensical masking protocols.

In fact, Dr. Anthony Fauci, the most revered voice on the matter among those in the Biden administration – and who has reversed his position on masks, quarantines, and herd immunity so many times it is hard to keep track – has specifically cautioned against attending Super Bowl parties.

Trackback URL for this entry: https://kickthemallout.com/trackback.php/COINCIDENCE-COVID_Death_Rates_Plummet_in_Weeks_Following_Bidens_Inauguration