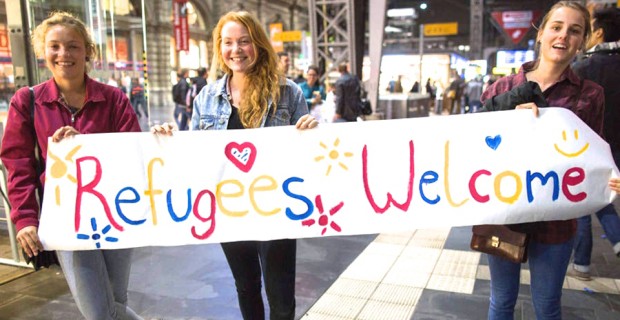 A refugee worker who once welcomed Angela Merkel’s decision to open Germany’s borders to over a million predominantly Muslim migrants now admits she was wrong and is emigrating to Poland, asserting, “It’s too late for Germany.”

After founding the refugee aid association Working Group Asylum + Human Rights in 2012, Rebecca Sommer was delighted to welcome the deluge of migrants that began arriving in Germany in the second half of 2015.

“At that time I wanted to help everyone and truly believed that all these people were fleeing hell and were in a state of complete distress,” Sommer told Polish weekly Do Rzeczy.

Along with over 300 volunteers, Sommer began providing German language courses to the new arrivals with the aim of helping them integrate into society.

With the initial hope that “their medieval view was going to change with time,” Sommer soon realized that, “Muslim refugees have grown up with values that are totally different, they have undergone brainwashing from childhood on and are indoctrinated by Islam and absolutely do not intend to adopt our values.”

She also observed how the migrants, “regard we infidels with disdain and arrogance,” after they began to refer to her as “the stupid German whore,” a realization that she says has led other refugee volunteers to quit.

Sommer now admits that despite her good intentions, she got it completely wrong and that Muslim migration poses an existential threat to the Germany way of life, a problem that will only be exacerbated by the process of family reunification, where migrants will be able to invite their relatives to stay in Germany.

“If Poland and Hungary do not give in on this question, you could become countries that some Germans and French will flee to. You could become islands of stability in Europe,” said Sommer, adding that she has been personally attacked five separate times by Arabic-speaking men.

Indeed, fear of sexual assault is now so commonplace in Germany that jogging shorts which emit a high pitch alarm when triggered are selling like hot cakes.

Following the mass sexual molestation of women in Cologne two years ago, Berlin set up “safe zones” where women could congregate to avoid being assaulted. Police statistics for 2016 show that a full half of the crimes committed in Berlin were carried out by migrants.

A recent study by the German Federal Ministry for Family Affairs found that there is a direct correlation between the country’s rising violent crime rate and the mass influx of migrants.

Sommer concludes that with family reunification, Germany will be swamped by Muslim migrants and that political Islam, which is already beginning to exert its influence in schools, political parties, the government and the police force, will eventually become completely dominant.

“It’s too late for Germany,” she adds.

As we document in the video below, while Angela Merkel has announced her intention to continue bringing in hundreds of thousands of migrants per year, the country’s population are unwitting participants in a bizarre social engineering experiment to get them to accept their new reality.

Trackback URL for this entry: https://kickthemallout.com/trackback.php/German_Refugee_Worker_Admits_She_Was_Wrong-Plans_To_Move_To_Poland