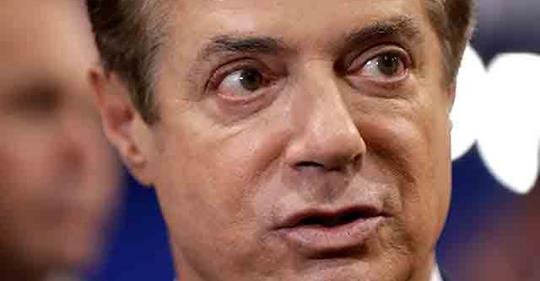 Trump’s former campaign manager, Paul Manafort is in solitary confinement 23 hours a day as if he were the Birdman of Alcatraz or Al Capone.

It is for his “protection” as he awaits trial in Virginia.

Special Counsel Robert Mueller and the shady lawyers he hired are known for violating peoples’ rights to get them to turn state’s evidence. One judge in Manafort’s case has mentioned several times that Robert Mueller is obviously putting the screws to him to get him to turn on President Trump.

Manafort cannot adequately prepare for his trial in confinement. His lawyers are two hours away because the government made sure Manafort was nowhere near them when he was imprisoned.

Manafort was jailed because he spoke with a witness which he is not allowed to do. The rub is Manafort doesn’t know who the witnesses are because the government won’t tell him.

His lawyer Kevin Downing has appealed but the government hit back. Assistant special counsel Scott Meisler wrote the appeal notion should be denied, as Manafort’s actions were “committed through covert corrupt persuasion” and that the terms of his sentence “are common to defendants incarcerated pending trial.”

That is not true that it is “common”. In this country, we don’t imprison white collar, non-violent people, before they are convicted of anything. And we certainly don’t put them in solitary confinement.

Manafort has pleaded not guilty to more than 20 charges in the special counsel Robert Mueller’s Russia investigation, including tax and bank fraud, conspiracy, obstruction of justice, and failure to register as a foreign agent.

Alan Dershowitz called it “obnoxious to our Constitution.”

“He has never been convicted of anything. He is as innocent as you and I,” the Harvard Law School professor said in an interview on MSNBC in mid-June.

“And the idea of locking somebody up before a trial is so obnoxious to our Constitution that every civil libertarian should be up in arms. What they can do if they think that he’s tampering with witnesses is: They can subject him to home arrest, take away his computer … they can have all kinds of restrictions, but the idea of putting somebody in jail before they’ve been convicted is an enactment of civil liberties.”

It doesn’t matter if Paul Manafort is found guilty. It matters that we have a Constitution and we are not a police state. We might be on the way to becoming a police state if we allow the egregious actions by this Special Counsel to continue. Perhaps you disagree, let us know.

Putting a non-violent, white collar criminal in jail based on accusations seems very wrong. Manafort has been convicted of nothing. He allegedly contacted a witness but the prosecution will not tell Manafort who the witnesses or victims are. His defense says it is impossible to not contact witnesses when he doesn’t know who the witnesses are.

Knowing that the Obama-appointed leftist judge threw him in jail until trial. She has a history of leftist rulings.

Manafort is accused of crimes he allegedly committed in 2006 and 2009. One of the “crimes”, the FARA violation is something half of D.C. lobbyists have done. The alleged crimes were mostly actions he admitted to years ago in an effort to help the government in another case. He said he was promised immunity at the time.

Former U.S. Attorney Sidney Powell said it is all orchestrated to get Manafort to turn on Trump even if he needs to make up something. She said the Mueller people are trying to shut down all opportunities for Manafort to prepare a defense. Her book License to Lie deals with the corruption in the DoJ prior to this case. Many in the book are the same shady characters on Mueller’s team.

Trackback URL for this entry: https://kickthemallout.com/trackback.php/USA_Police_State_Under_Special_Counsel_Robert_Mueller