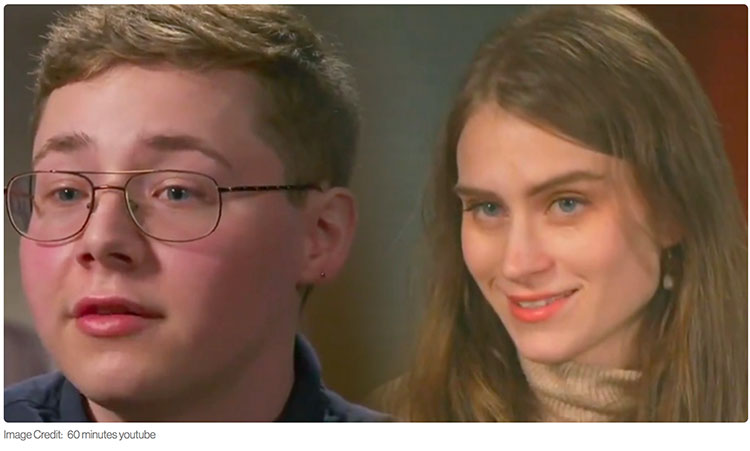 People suffering from gender dysphoria are speaking out about the lack of knowledge and warnings provided by doctors before going through with life-changing medical operations.

During CBS News’ “60 Minutes” on Sunday, activists and doctors discussed recent laws passed around the nation banning transgender youth from being treated with puberty blockers, testosterone or estrogen, and surgery to assist them in gender transitions.

60 Minutes is about to get cancelled for daring to talk about this stuff https://t.co/IZ5TKFARTL

Some interviewees, like transgender gender psychologist at the University of California San Francisco Erica Anderson and American Academy of Pediatrics President Dr. Lee Savio Beers, spoke out against these type of bills.

Dr. Anderson said the laws are “a clear overreach on the part of such legislatures,” adding, “Clearly, they are demonstrating their ignorance and prejudice.”

Dr. Beers told Lesley Stahl of “60 Minutes” that gender treatments for underage people are “really based in scientific literature, they’re based in decades and decades of expert experience, and they’re backed by a number of major medical organizations.”

However, many people in the trans community are concerned too many young people are being talked into dangerous gender therapies which are often later regretted.

For example, Grace Lidinsky-Smith described finding a gender therapist online in her early 20s who convinced her to sign an informed consent form at a clinic and to get hormone shots.

After four months of testosterone treatments, Grace was approved for a mastectomy to remove her breasts.

Following the surgery, Grace was surprised as she grew to miss her female body parts and eventually chose to detransition by stopping the testosterone treatments.

Dr. Edwards-Leeper voiced concern for the direction the transgender field is going, saying, “I feel like what is happening is unethical and irresponsible in some places.”

As a person who has helped hundreds of teens and young people transition successfully, Dr. Edwards-Leeper admitted many people in her field promote reassignment with little pushback out of fear they’ll be seen as unsupportive.

“60 Minutes” talked with four former trans youth who all felt they were “blindly affirmed.”

“I didn’t get enough pushback on transitioning. I went for two appointments and after the second one, I had like… my letter to go get on cross-sex hormones,” said Garrett of Baton Rouge, Louisiana.

Garrett also claims he went from taking hormones to getting his testicles surgically removed within three months despite guidelines calling for individuals to take hormones for a year before such medical procedures.

After having his testicles removed, Garrett got a breast augmentation and felt even worse than before, eventually becoming suicidal.

As these adults share their horror stories of regret following life-changing sex surgeries, Democrats are currently trying to make it easier for underage Americans to access similar therapies and procedures.

Watch the full “60 Minutes” report below:

Trackback URL for this entry: https://kickthemallout.com/trackback.php/Trans_Individuals_Regret_Their_Gender_Reassignment_Surgeries_on_60_Minutes