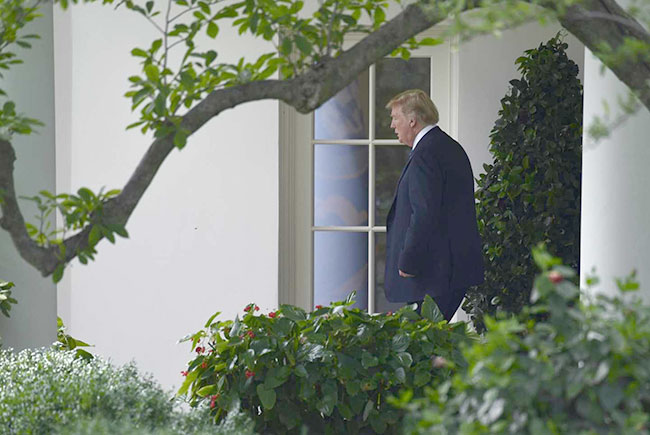 The political war being waged against President Trump is both despicable and effective. Despicable because the basis of the animus — alleged collusion with Russia in the 2016 election — has no basis in fact, and effective because it is perpetrated by the U.S. legal and intelligence community who, in the minds of most Americans, are seen as defenders of the United States.

The indictments by Deputy Attorney General Rod Rosenstein of Russian intelligence officers allegedly involved in the 2016 presidential election was rather transparently meant to undercut Trump and his summit with Vladimir Putin. Instead it looks like payback to the administration for having the temerity to question the intelligence community’s assessment that Russia interfered in the election.

The indictments gave lie to the assertion that the Justice Department and the intelligence community are not political. These indictments were meant for domestic political consumption. Their purpose was to arm the president’s political enemies with the on-going charge of Russian involvement in his election and to undercut his presidency.

The central campaign in this political war has been to pit Trump against the intelligence community. Needless to say, many within the various agencies, including the CIA, FBI and NSA, are devoted public servants with the best interest of the country at heart and who do their jobs honestly and effectively. But many are also committed leftists in whom progressivism, anti-Americanism, multiculturalism, and moral relativism are deeply embedded.

Witness that this is the same intelligence community that had been led, under President Obama, by CIA chief John Brennan -- who admitted in a polygraph test that in 1980, at a dangerous point in the Cold War, he voted for Communist Party candidate Gus Hall for president. That the Communist Party USA was loyal to the Soviet Union should be lost on no one. That Brennan would have been allowed to run the Central Intelligence Agency is itself nothing short of amazing. Such was the lack of moral and intellectual seriousness exercised by Congress during the Obama administration. That he should call President Trump’s press conference with Putin “nothing short of treasonous” is the act of an intelligence operative who wishes to bring down a government.

Both Brennan and former Director of National Intelligence James Clapper are hard-core leftists who, although they lacked any credible evidence, lent credibility to this notion of Russian collusion — and hence gave credence to the Mueller investigation. It appears that their purpose was to signal to Washington’s ruling class that the intelligence community was going to resist the transformation of American politics that the election of Donald Trump had ushered in. Even stranger, that ruling class is now the protectorate of the US intelligence community. The testimony and actions of the FBI’s Peter Strzok bear this out.

For the record, let us state that Russia meddles in the affairs of the United States and has done so for the past century. It is what a great nation would do to influence world events to its liking. Russian intelligence services are masters at manipulations great and small. When called upon they can do everything from foment domestic insurrections to sponsor terrorism while ensuring plausible deniability. Hacking into the DNC servers is not quite so challenging.

At the height of the Cold War, the Soviet Union annually spent billions in an attempt to demoralize the United States and undermine the West. Its method was to engage in sophisticated disinformation campaigns and deception operations around the Korean and Vietnam Wars, the cultural conflicts of the ’60s and ’70s, and the campaign for nuclear disarmament, to name but a few. During that time, Soviet intelligence had agents of influence in Washington and around the U.S. In this effort, the Soviets had thousands of university professors, left-wing intellectuals and journalists who were “useful idiots” in the anti-Americanism that pervaded Washington’s political discourse, and the universities that educated America’s children. The world we live in today and many who lead this country on the political left have been shaped by this anti-Americanism. Such is world politics.

As I have written previously, it was not in the interest of Russia to help elect a candidate like Donald Trump, who had pledged to rebuild the American military, build a national missile defense, and guarantee total energy independence. Each is antithetical to the strategic and economic interests of Russia. If Trump gets just one of these three things right, and he is likely to get all three, it will have dramatic negative ramifications for Russia’s position in the world. Trump’s bold announcement recently about a Space Force capable of ensuring American security against Russia and China is further evidence of that.

If Hillary Clinton had won, Russia would have had to deal with a liberal interventionist who had demonstrated little strategic comprehension of world affairs. This is the same Hillary Clinton whose behavior as secretary of state was a daily exercise in collusion and general malfeasance. In that role, Clinton, with her unsecured server, laid bare the inner workings of the Obama State Department to the Russians, Chinese, Iranians, and every other enemy intelligence service. She also saw no problem in using her office as a fundraising arm of the Clinton Global Initiative, allowing her husband to collect speaking fees from countries doing business before her, including Russia. All things considered, the Russians know well how to manage crooked politicians. A Hillary presidency would have been a dream come true.

As it stands, the Russians are being charged with hacking into computer systems and manipulating various internet sites and social media to somehow give Donald Trump the advantage. The purpose of Russia’s interference is perhaps exactly how it has played out: the creation of a useful narrative that can be exploited in the press and the U.S. intelligence community to undermine the president and somehow foster the despicable meme that he and his family are traitors. The unfortunate part is that the intelligence community took the bait. Given the political leanings of Brennan and Clapper, it is not surprising.

This political war is far from over. Thankfully, Donald Trump is not giving an inch to his political enemies. Unfortunately, despite their lack of success, his enemies are not giving in either.

Brian T. Kennedy is president of the American Strategy Group and a senior fellow of the Claremont Institute. @BritravKennedy on Twitter

Trackback URL for this entry: https://kickthemallout.com/trackback.php/The_Political_War_Against_President_Trump