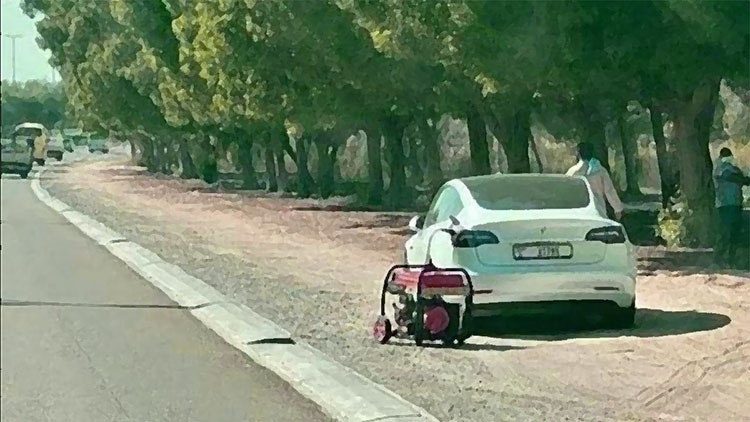 Governments at both the federal and state levels tell us we are in the midst of a transition from internal combustion vehicles to electric vehicles. For a number of reasons, I don’t believe that is true, regardless of the level of bribery and coercion that governments bring to bear. I think the whole project will crash and burn, after doing enormous damage in the meantime. But the Wall Street Journal sheds light on how corrupt the EV project now is:

The transition to electric vehicles might not kill traditional auto makers after all—as long as they qualify for Washington’s flagship subsidy program.

At an investor day Thursday, General Motors laid bare the economics of its technological shift. The bad news: GM estimated that its operating margins on EVs would still only be in the low to mid-single digits at the end of 2025. That calculation includes sales of regulatory credits for greenhouse-gas emissions, but excludes new tax credits that President Biden signed into law in August as part of the Inflation Reduction Act.

GM also said its capital expenditures would rise to between $11 billion and $13 billion a year through 2025, from $9 billion to $10 billion this year, as it brings forward EV investments. Such numbers play into investors’ fears that Detroit is on a hugely expensive road to a technology that expensive battery metals will make less profitable for years to come.

The good news: GM expects the Inflation Reduction Act to add between $3,500 to $5,500 per vehicle in profit—a transformative 5 to 7 percentage points in margin. Suddenly, EVs could be as profitable as conventional equivalents.

There is no real market for electric vehicles, at least not one of any magnitude. It is all about subsidies and mandates.

Consumers have understandably focused on the new $7,500 tax credit for their EV purchases available from next year, which comes with many more strings attached than the one it replaces. Notably, half of it will depend on manufacturers’ sourcing EV materials from outside of China, which will take time for anyone to meet.

Among their many other vices, EVs hand control over this important business segment to the Communist Chinese Party, something that our government doesn’t mind much–if it did, it wouldn’t subsidize Chinese materials to the tune of $3,750 per vehicle. And more:

But consumer tax credits are only one piece of the pie. A tax credit for business EV purchases of up to $7,500 isn’t subject to the same conditions…

I.e., the full $7,500 tax credit is available for vehicles made with Chinese materials. We are talking about the battery here, not the body or powertrain.

…which may explain why GM said it would focus first on fleet sales when it launches its electric version of the Chevrolet Silverado pickup truck next year. And then there are huge tax credits for battery production: $35 million for every gigawatt-hour of cells, and a further $10 million to package those cells into modules.

This whole sordid business is hopelessly corrupt, and it is antithetical to America’s economic and strategic interests. Nevertheless, it appears that EV mania will march on until it becomes obvious that the entire project is impossible.

Trackback URL for this entry: https://kickthemallout.com/trackback.php/The_Electric_Vehicle-EV-Boondoggle