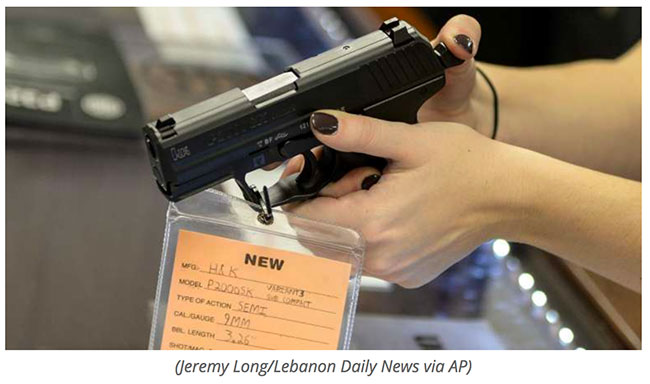 A survey by the Centers for Disease Control on defensive gun use (DGU) in the United States that shows DGU happening more regularly than gun crimes has never been publicized.

Gary Kleck, a Florida State criminologist, conducted his own study of DGU and his results mirror those of the CDC.

The CDC’s data, collected a few years after Kleck’s survey, appears to corroborate his findings, Reason.com reported. The question asked in the CDC survey addressed the use or threatened use of a firearm to deter a crime. “During the last 12 months, have you confronted another person with a firearm, even if you did not fire it, to protect yourself, your property, or someone else?”

Kleck, upon reviewing the CDC’s data, noted just how close it came to mirroring his own.

The final adjusted prevalence of 1.24% therefore implies that in an average year during 1996–1998, 2.46 million U.S. adults used a gun for self-defense. This estimate, based on an enormous sample of 12,870 cases (unweighted) in a nationally representative sample, strongly confirms the 2.5 million past-12-months estimate obtained Kleck and Gertz (1995)….CDC’s results, then, imply that guns were used defensively by victims about 3.6 times as often as they were used offensively by criminals.

Many gun control advocates have complained about the fact that the CDC is limited with regard to research on gun violence. A 1996 amendment to a spending bill bars the organization from using congressionally allocated funds to “advocate or promote gun control.”

What those fighting for stronger gun-control generally leave out is the fact that the CDC is not barred from doing any research on gun violence — and the research it has done in the last two decades has largely corroborated Kleck’s findings.

The Obama administration tried several times to get the CDC to treat gun violence as a disease. This approach would have justified extraordinary gun control measures. Republicans in Congress refused to consider the approach and the CDC itself resisted the notion.

But why did this particular survey not receive the attention that such an important subject should have gotten? The same reason that we never see government studies on salt that contradict the accepted view that excessive salt causes high blood pressure or studies on second hand smoke that prove it's not as harmful as the government says.

And it's why data on global warming that contradicts the "consensus" view somehow gets lost on its way to the printer.

Government has a vested interest in a political agenda and using science to further that end has become commonplace by both parties.

Trackback URL for this entry: https://kickthemallout.com/trackback.php/The_Best_Government_Survey_On_Guns_You_Have_Never_Heard_Of