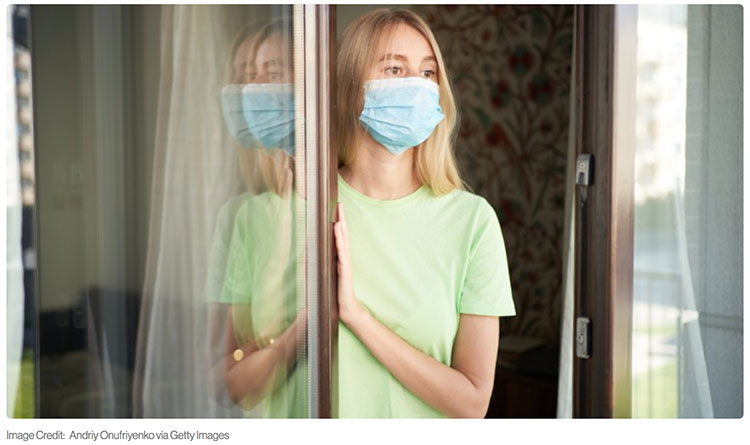 A prominent lockdown advocate who advised the UK government admits in a new book he got it wrong and that there was never any proper consideration of the devastation caused by lockdowns.

Well, we told you so.

Professor Mark Woolhouse is a member of SPI-M, the modeling group on SAGE, the group that advises the British government on lockdown measures.

SAGE has become notorious for consistently predicting doomsday COVID scenarios that never even come close to passing, such as last year’s warning that Omicron could cause 6,000 deaths a day in the UK without harsher restrictions.

Just as SAGE got it spectacularly wrong earlier in the summer, without substantially harsher restrictions being imposed, Omicron caused nowhere near that level of fatalities.

In a new book called The Year the World Went Mad, Woolhouse expresses regret at SAGE’s involvement in pushing lockdown measures that caused huge devastation yet only served to delay the spread of the virus.

“We knew from February [2020], never mind March, that the lockdown would not solve the problem. It would simply delay it,” said Woolhouse, adding that no one in government appeared to recognize the failing of that strategy.

“The early global response to the pandemic was woefully inadequate,” says Woolhouse, adding that the WHO praising China for its draconian ‘zero COVID’ approach set the scene for similar disasters across the world.

Woolhouse was asked why governments set about imposing such brutal restrictions with seemingly no regard for their consequences.

“There was never at any stage, even by the following year, any form of analysis of the harms caused by lockdowns,” said Woolhouse. “Were they even considered? I haven’t seen any evidence that they were and that is very, very troubling.”

As early as April 2020, SAGE was sent information confirming that lockdowns would “cost three times more years than the disease itself,” but there was virtually no consideration of the fact that “those over 70 had at least 10,000 times the risk of dying as those under 15 years old.”

The government then lied to the public in claiming that the virus “doesn’t discriminate,” despite this being manifestly untrue.

“I heard [the official] argument caricatured as: everyone died, but at least no one was saved unfairly,” said Woolhouse, adding, “BBC News backed up this misperception by regularly reporting rare tragedies involving low-risk individuals as if they were the norm.”

While those who correctly warned that lockdowns would cause devastation were summarily demonized, smeared, cancelled and deplatformed, what if any punishment will lockdown advocates who got everything wrong face?

Trackback URL for this entry: https://kickthemallout.com/trackback.php/Prominant_Lockdown_Advocate_Admits_He_Got_it_Wrong