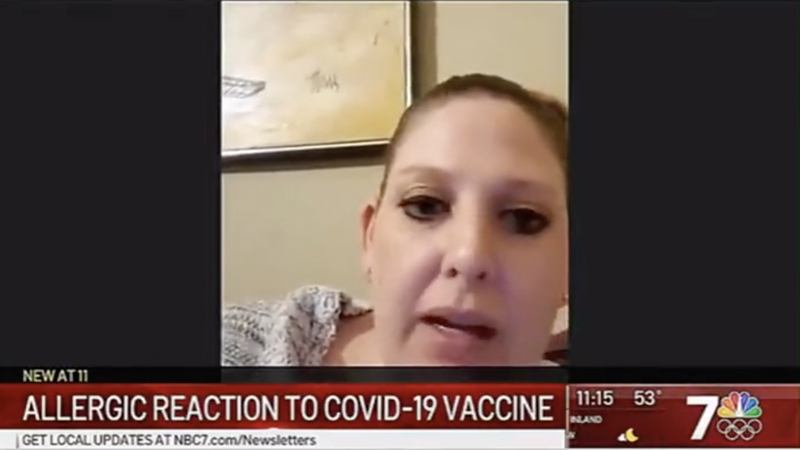 County health officials pulled the batch of Moderna vaccines from distribution at the center, claiming it was "surprising" to see so many adverse reactions in such a short time.

A new COVID-19 vaccine “super station” closed just hours after opening once six people were injured from the Moderna jab.

“It was the clustering of individuals having apparent allergic reactions that in an abundance of caution, they slowed things down to be able to address” the incident, said San Diego’s Deputy Public Health Officer Eric McDonald during a press conference on Friday.

County health officials pulled the batch of Moderna vaccines from distribution at the center, claiming it was “surprising” to see so many adverse reactions in such a short time, NBC 7 San Diego reported.

However, county officials added that adverse reactions are “expected to happen” during this type of “mass vaccination campaign,” just not in such a short period of time.

One of the patients who suffered from an adverse reaction to the Moderna jab said she doesn’t think she’ll get the second dose after her experience.

“I’m still very unsure about it. I don’t think I’m going to be getting the second dose because I can’t go through that again,” she told NBC 7 San Diego.

She explained that her adverse reaction occurred immediately after receiving the jab.

“I have no idea what it looked like, but the second I said something about my ear, they all sprung into action and they grabbed an EpiPen and took me from the area I was sitting at to a gurney,” she said.

“Of course, I was immediately regretting my decision,” she added.

This comes as data continues to emerge revealing the COVID jabs are not only ineffective, but pose a myriad of severe health risks, including myocarditis, nerve damage, blood clots, reproductive issues, and more.

Trackback URL for this entry: https://kickthemallout.com/trackback.php/Moderna_Vaccine_Injures_6_People_Within_Hours_of_Super_Vaxx_Center_Opening