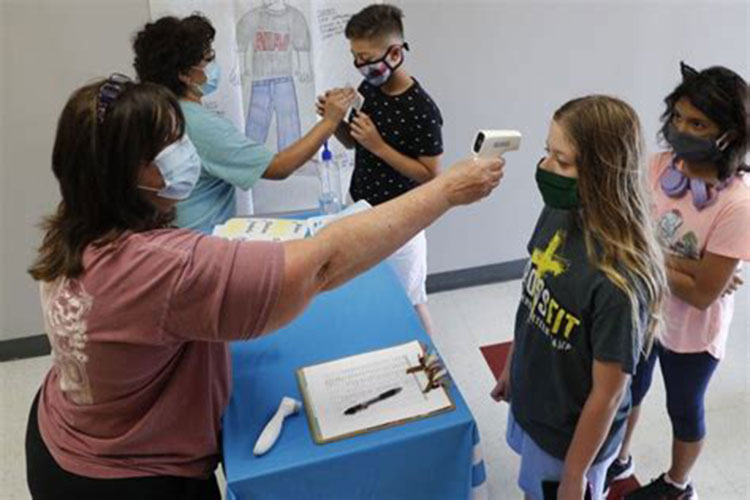 As the Gateway Pundit has extensively reported for the past year, a recent large-scale study out of the UK has confirmed once again that children and young people have effectively ZERO risk of death after contracting Covid-19.

The massive study determined that an overwhelming 99.995% of children and young people in England with a positive covid test over the first year of the pandemic SURVIVED the virus, which translates to a microscopic 2/1,000,000 mortality rate (99.9998% recovery) for people under 25 when adjusted for population.

Astonishingly, out of the over 12 million children and young people who live in England, just 25 passed away due to complications directly related to the China Virus that has locked down the entire world.

The analysis was collaborated on by several prestigious medical institutions across the UK, including NHS England, the Imperial College of London, Public Health England, and the Bristol Royal Hospital for Children. When the team of researchers looked at data from the UK’s National Child Mortality Database they found that a total of 3105 children and young people died from all causes in the first year of the pandemic – 61 of which occurred in individuals who tested positive for Covid-19.

Researchers then reviewed each one of the 61 deaths with a positive test to differentiate which ones died directly relating to their Covid infection, from the ones who died of an alternative cause and just coincidentally tested positive.

No surprise, Almost 2/3 – 59% –  of ‘reported Covid deaths’ in this age group were individuals who were killed by something other than Covid-19 but just happened to test positive.

“Clinical records of the 61 CYP (children and young people) who died with a positive SARS-CoV-2 test were reviewed to identify if SARS-CoV-2 contributed to death. 25 (41%) of the 61 CYP died of SARS-CoV-2 (2 deaths every 30 days), including 22 with acute COVID-19 and three with PIMS-TS.

With inflated numbers like these – that are meant specifically to fear-monger parents into jabbing their children with the experimental vaccine – who are the ones that are really guilty of spreading ‘misinformation?’ Especially when so many children and young people have developed life-threatening side effects like myocarditis or have already dropped dead of heart attacks after getting the jab.

When the researchers took an even closer look at the 25 deaths that resulted from Covid in this age group – by looking at the clinical records on file – they found that just SIX had no additional underlying health conditions, and died as a direct result of catching Covid-19.

And just like we pointed out a year ago – more children die from car crashes, the seasonal flu, or drowning than from the COVID virus, but for political reasons, children are being forced to mask against their will, and in some places are being mandated to take vaccines to attend school.

Let that sink in – Covid was the primary cause of death for just six healthy children during the pandemic in the entire country of England – meanwhile, crippling lockdowns have spurred a wave of other health disorders that is already leading to unnecessary deaths among children and young people.

And that’s all before you add in the rushed vaccine – which is now available en masse for children as young as 5, and is being pushed by the public health dictatorship as mandatory in some situations despite the well-documented adverse reactions – it’s sickening.

Exactly what science is being followed with these mandates again?

Trackback URL for this entry: https://kickthemallout.com/trackback.php/Latest_UK_Study-99_Percent_of_Children_Survive_COVID