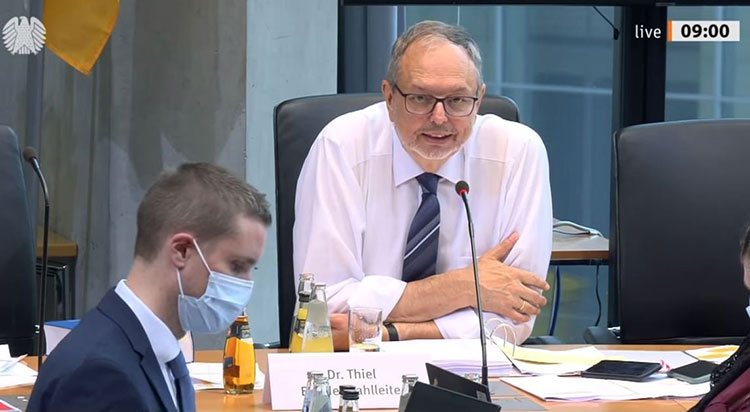 German officials defended the security of their elections at a meeting this week. Dr. Theil stressed the fact that Germany does not have voting machines like in the US and therefore their elections are more secure.

Even Europe knows the US elections are a fraudfest.

…Thiel was also keen to underline the fact that Germany does not use voting machines, like in the US. “We don’t have a situation with voting machines that we may know from the US. The actual voting procedure at the polling station is old school,” said Thiel. “When I explained to a senior official from the Interior Ministry recently that it works with paper and pencil, he said, ‘that reassures me’.”

We have no voting machines — at the end of the day, it’s the ballot paper that gets counted,” he said. Thiel also went on to stress that any citizen has the right to walk in and watch the votes being counted.

Voting systems in both countries have been subject to similar accusations, but are structured differently.

Trackback URL for this entry: https://kickthemallout.com/trackback.php/Germany_Does_Not_Use_Voting_Machines_Like_in_the_US