Editor's Note: The notion that "vaccines are safe and effective" is PURE MYTH generated by Big Pharma with decades of brainwashing propaganda.  Once the vaccine industry finagled total immunity protections under the false claim that the benefits far outweigh the risks, the vaccine industry has ZERO incentive to make products that are safe  AND THEY ARE NOT SAFE OR EFFECTIVE!! 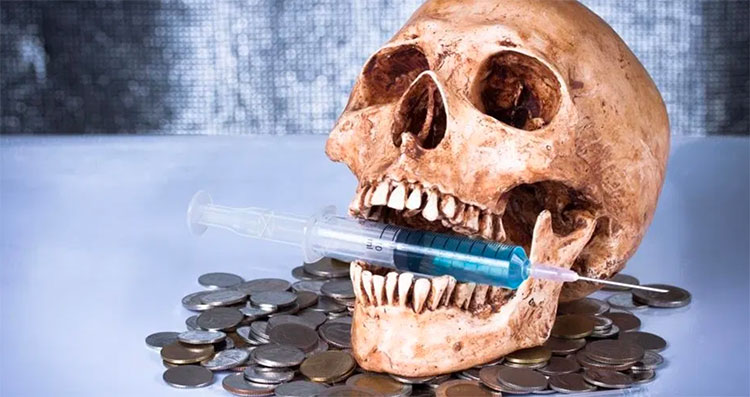 Over 15 million doses of Covid-19 vaccines were halted and trashed after FDA inspectors found ingredients from other vaccines in the Johnson & Johnson jabs, and discovered ‘brown residue’ all over the floors and walls, and open bags of medical waste being dragged around the facility. Talk about dirty vaccines, this is beyond all comprehension. This sounds like some (fast food) chicken processing plant, where the animals wallow in their own feces, infected with pathogens and then end up in everybody’s mouths, except in this case it’s dirty vaccines that end up killing people. No wonder some vaccines list E. coli and urea as “ingredients.”

This Baltimore factory for J&J Covid-19 vaccine manufacturing was documented by FDA inspectors as being in total disregard for procedures set in place for safety and efficacy. Too bad all these mask-loving Americans can’t watch the video footage of their beloved vaccine scientists and doctors dragging around open bags of medical waste right where they’re concocting the inoculations. Talk about germ paranoia.

FDA inspectors also noted peeling paint, inadequate cleaning, and employees contaminating areas by not following procedures. So far, nothing created at this septic plant has been injected into sheeple arms, yet (doesn’t mean they won’t sell those dirty vaccines to another country). No worries here though, because the eight million doses of the J&J vaccine given to Americans came from Europe, though there’s no telling how many open bags of biomedical waste they’re dragging around in their vaccine dungeons, with feces spread all over the floors and walls.

Somehow, Johnson & Johnson’s lab ‘managers’ even managed to cross-contaminate their own shot’s ingredients with those of AstraZeneca’s toxic jab. Now how on earth could that have happened? Why are they even in the same place? Are they just working on them both side by side, with open beakers and overflowed toilets everywhere?

Is any of the inspection information redacted or undisclosed, because for the FDA to even release this, and for mass media (yes, this came from CBS news themselves) to publish is beyond fathomable.

It’s all dirty, the whole American medical establishment. The FDA is dirty. The CDC is dirty. The vaccine manufacturers – dirty. Now they’re all playing the dirty game of trying to con all of the pro-science, pro-natural health enthusiasts into getting the jabs. They’re using propaganda and coercion tactics (think vaccine passports) to force us to inject dirty vaccines into our blood and tissue. Vaccines that are dirty with pathogens. Vaccines that are dirty with mRNA that create protein ‘prions’ that cause blood clots and dementia.

This has been going on for half a century in the USA. Even the polio vaccine was dirty. The inventor had no idea what he was doing, just incubating different combinations of polio strains in monkey tissue. It’s all been a con game since the outset, and the wool has definitely been pulled over the Sheeple’s eyes. The mRNA vaccine is the dirtiest of them all because it controls your immune system function and can shut it down with the flip of a switch (the second and third round of Covid jabs).

Trackback URL for this entry: https://kickthemallout.com/trackback.php/FDA_Inspectors_Document_Horriic_Conditions_at_JandJ_COVID-19_Vaccine_Plant