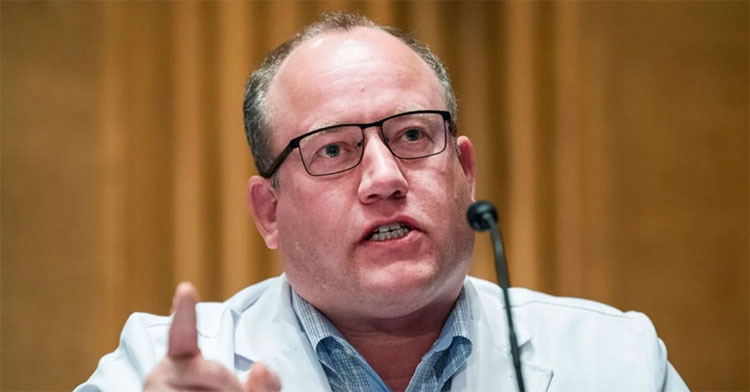 Somebody in Washington DC does not like Ivermectin. In fact, many “somebodies” have been engaged in an all-out propaganda and bureaucratic war to keep the people in the dark and to keep doctors too scared to prescribe the life-saving treatments, including the highly effective MATH+ Protocol.

Many of us who have been monitoring DC have looked at the U.S. Food and Drug Administration (FDA) as the culprits behind the suppression campaign. They hold the keys to the castle, so to speak, when it comes to treatments of diseases doctors are allowed to use. They seem to be the most likely candidate to many of us, but one famous doctor has a different thought.

Dr. Pierre Kory took to Twitter this week to explain who he believes is behind the war on Ivermectin:

The question Dr. Kory asked was addressed to NIH Director Dr. Francis Collins, who has been adamantly pushing Covid-19 “vaccines” while panning any possible treatments for the coronavirus, including Ivermectin.

My only point of contention with Dr. Kory’s post is that he believes Ivermectin’s effectiveness is so profound that it will eventually be recognized by the NIH and distributed as the primary treatment against Covid-19. His confidence is based on believing the truth will eventually prevail. I’m not so sure. MATH+ has been unambiguously effective for a long time and the powers-that-be have been able to keep it suppressed. Their lies are only getting bolder as the push for universal vaccinations proceeds.

The only way we can make Dr. Kory’s predictions come true is if we continue to hammer the liars and force the truth to the surface. Americans and citizens of the world need to understand that they’re being lied to about the vaccines and that MATH+ Protocols, as well as other treatments that include Ivermectin, are the most effective treatments for the disease.

As long as the people are being conned into thinking Ivermectin is ineffective but the vaccines work, it will be challenging for the truth to come to light. We need to expose the liars and amplify the perspectives of people like Dr. Pierre Kory.

Trackback URL for this entry: https://kickthemallout.com/trackback.php/Dr_Pierre_Kory_Indentifies_US_Agency_Truly_at_War_with_Ivermectin_and_its_NOT_the_FDA-Its_Faucis_NIH