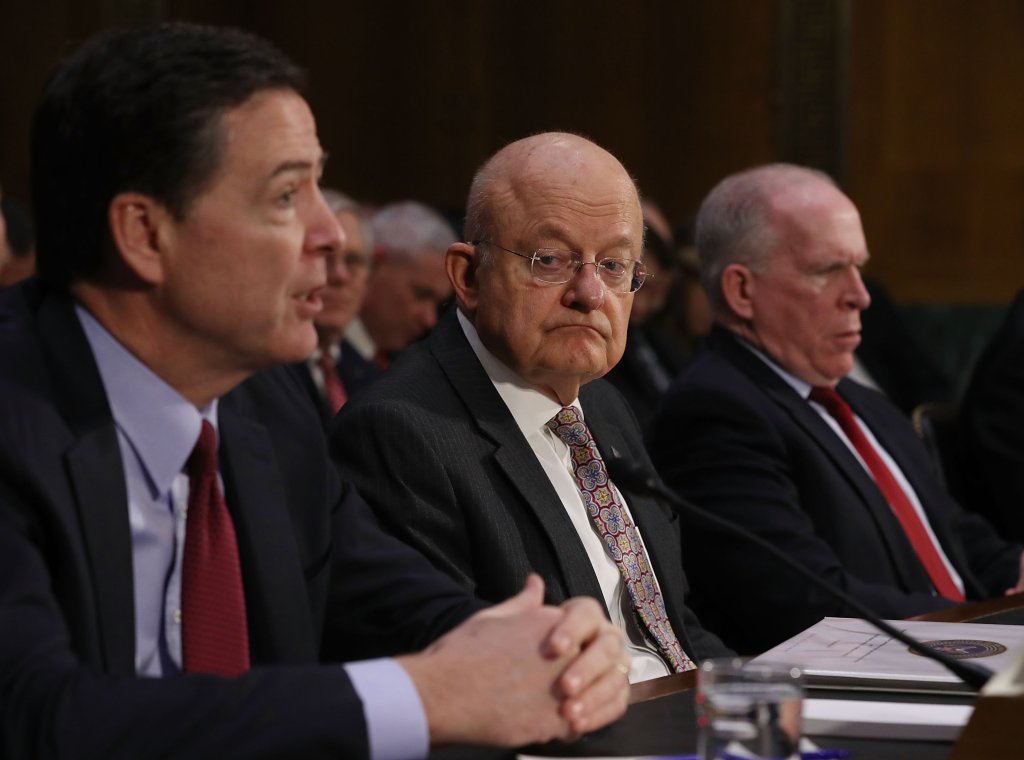 A newly declassified report on Russian interference in the 2016 U.S. elections reveals that former intelligence chief James Clapper lied to Congress about information he shared with CNN on the infamous Steele dossier.
By Sean Davis
TheFederalist.com

Buried within a newly declassified congressional report on Russian meddling in the 2016 U.S. elections is a shocking revelation: former Director of National Intelligence (DNI) James Clapper not only leaked information about the infamous Steele dossier and high-level government briefings about it to CNN, he also may have lied to Congress about the matter.

In one of the findings within the 253-page report, the House intelligence committee wrote that Clapper leaked details of a dossier briefing given to then-President-elect Donald Trump to CNN’s Jake Tapper, lied to Congress about the leak, and was rewarded with a CNN contract a few months later.

“Clapper flatly denied ‘discussing[ing] the dossier [compiled by Steele] or any other intelligence related to Russia hacking of the 2016 election with journalists,'” the committee found.

When asked directly whether he had ever discussed the dossier with any journalists, Clapper replied that he had not, according to a transcript of the proceedings:

MR. ROONEY: Did you discuss the dossier or any other intelligence related to Russia hacking of the 2016 election with journalists?

The former DNI later changed his story after he was confronted specifically about his communications with Jake Tapper of CNN.

“Clapper subsequently acknowledged discussing the ‘dossier with CNN journalist Jake Tapper,’ and admitted that he might have spoken with other journalists about the same topic,” the report continued. “Clapper’s discussion with Tapper took place in early January 2017, around the time IC leaders briefed President Obama and President-elect Trump, on ‘the Christopher Steele information,’ a two-page summary of which was ‘enclosed in’ the highly-classified version of the ICA,” or intelligence community assessment.

The briefing of Trump by U.S. intelligence chiefs was held on January 6. CNN published its story on the briefing, based on anonymous leaks from “two national security officials,” on January 10. BuzzFeed published the full dossier, which was jointly funded by the Hillary Clinton campaign and the Democratic National Committee, minutes after the CNN story was published.

The revelation that Clapper was responsible for leaking details of both the dossier and briefings to two presidents on the matter is significant, because former Federal Bureau of Investigation (FBI) director James Comey wrote in one of four memos that he leaked that the briefing of Trump on salacious and unverified allegations from the dossier was necessary because “CNN had them and were looking for a news hook.”

The congressional report on Russian interference noted that it was this very briefing of Trump that multiple media organizations used as an excuse to publish the unverified dossier.

“The Committee assesses that leaks to CNN about the dossier were especially significant, since CNN’s report ‘ that a two-page synopsis of the report was given to President Obama and Trump’ was the proximate cause of BuzzFeed News’ decision to publish the dossier for the first time just a few hours later,” the report stated. “Until that point, the dossier had been ‘circulating among elected official, intelligence agents, and journalists,’ but remained unpublished. As the accompanying article explained, ‘[n]ow BuzzFeed News is publishing the full document so that Americans can make up their own minds about allegations about the president-elect that have circulated at the highest levels of government.”

As The Federalist‘s Mollie Hemingway noted after Comey’s memos were finally made available to the public, the fired FBI director’s account of the briefing of Trump suggested that the entire briefing was a setup from the beginning, and that it was scheduled and held just so it could be leaked to journalists who wanted an excuse to publish a dossier nobody had verified.

In their coordinated response to the full intelligence committee’s findings, committee Democrats defended Clapper, claiming that he broke no laws while acknowledging that he did leak information about the dossier to CNN’s Jake Tapper.

“Evaluated in context, Clapper denied leaking classified information, while acknowledging that, as DNI, he engaged in legitimate discussion of unclassified, non-intelligence information with Tapper,” they concluded.

Clapper, who previously lied to Congress about whether the U.S. government was electronically spying on millions of Americans, was subsequently hired by CNN just months after his leak. Although he eventually apologized to Sen. Dianne Feinstein (D-Calif.) for lying to Congress about government mass surveillance of American citizens, he subsequently told MSNBC that the question to which he responded–“Does the NSA collect any type of data at all on millions or hundreds of millions of Americans?”–was a gotcha question similar to, “When did you stop beating your wife?”

Trackback URL for this entry: https://kickthemallout.com/trackback.php/Declassifed_Congressional_Report-James_Clapper_Lied_About_Dossier_Leaks_To_CNN