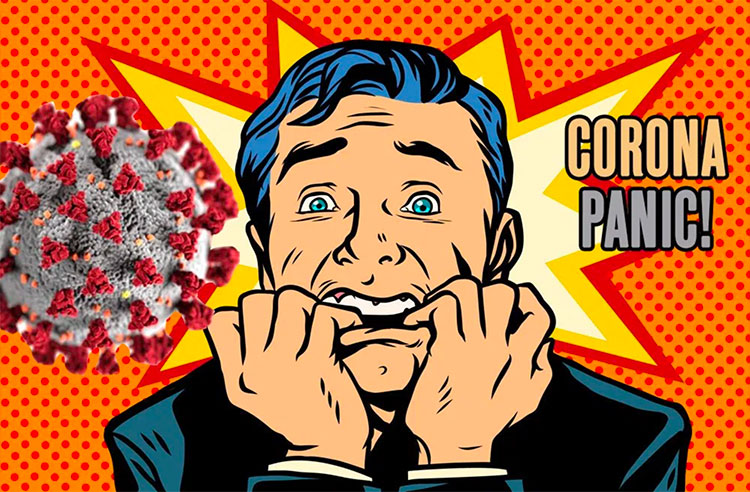 You are the frog, and they are slowly boiling you. – In March, the CDC, along with doctors Anthony Fauci and Deborah Birx, assured President Trump that we could control the viral gift from China if we just had everyone stay at home for two weeks. “Two weeks to flatten the curve,” they said. Remember that? I do.

Then, when that didn’t work, the CDC, along with doctors Fauci and Birx, assured us all that we could control the Wuhan virus if we all stayed home for another month, washed our hands 32 times a day and practiced something called “social distancing” whenever we went out to the grocery store. Remember that? I do.

When that didn’t work either, the CDC and doctors Fauci and Birx, after having spent two months telling us all that masks don’t really do a damn thing to stop the spread of this Chinese plague, suddenly did an about face and began assuring us that, hey, all data and science to the contrary, we really can slow the spread of the virus if we would just practice social distancing, wash our hands 32 times a day, and wear a mask. Dr. Birx even told us that we should turn the masks into a fun thing, a fashion statement like her omni-present scarves. Remember that? I do.

We’ve since been put through another dozen or two story changes by the CDC and doctors Fauci and Birx, and today the story from the CDC is changing again, and they’re putting it in multiple choice terms. From a story at CNBC:

The U.S. could get the coronavirus pandemic under control if most Americans wear masks, embrace social distancing and practice good hand hygiene for up to three months, the head of the Centers for Disease Control and Prevention said Friday.

“It’s in our hands, within our grasp,” CDC Director Robert Redfield told reporters on a conference call. “But it is going to require all of us to embrace these mitigation steps. And we’re going to need to do that four, six, eight, 10, 12 weeks and then we will see this outbreak under control.”

What does this tell us? Well, pardon my language, but it tells us that Dr. Redfield doesn’t have a god damn clue whether or not he and his worthless agency can ever “control” this virus. Which is not at all surprising, given that, since its founding 76 years ago, the CDC has never been able to “control” any of the common, seasonal flu viruses that preceded COVID-19.

Oh, and guess what else? Despite all the assurances we have received from Redfield, Birx and especially Fauci over the past 5 months that what we really need is a “vaccine,” that story is now shifting as well. Early this week, Fauci admitted that any “vaccine” will probably not be more than 50% effective, i.e., just like the “vaccines” we’re supposed to take every year for the seasonal flu.

But it gets even better than that.

Today, the criminals who run the World Health Organization went even further, stating that, even after we have a “vaccine,” life will not return to “normal.”

This is all a huge fraud, folks. We are dealing with a virus that is no more deadly than the seasonal flu, a virus that impacts mainly the elderly and people with major pre-existing health issues, and we are being scammed by government officials to behave as if we are Londoners during the Nazi Blitzkrieg.

We are even terrorizing our young kids in the process. Check this out:

They said she made a sneeze in class and it made the teacher ‘nervous’. I went to the school to pick her up & they wouldn’t let me in the locked gate to collect her. I pressed the button to say “I am here for my daughter..” but they turned off the mic..

It could’ve been anyone standing there. She’s 7 for gods sake. This is getting ridiculous. One sneeze and you’re kicked out of school. I asked her at home if she felt ok. She said she’s fine but was upset because she doesn’t understand why they told her to leave. Poor thing. — CeeCee (@the_exception) August 21, 2020

This 7 year-old child will be scarred for life by this incident. Anyone who has ever been in trouble at school knows you retain those memories forever. And we are doing this to our children all over this country right now. It is madness, it is abusive, it is cruel and it should be criminal for adults to treat children like this.

Yet our government officials, especially Democrats, and the media ghouls who function as their propaganda agents completely approve of this stuff.

You are the frog, and they are boiling you. The question is, how long will you take this societal madness before things start to boil over?

Trackback URL for this entry: https://kickthemallout.com/trackback.php/CDC-Pushes_the_Latest_False_Narrative_About_Controlling_COVID-19