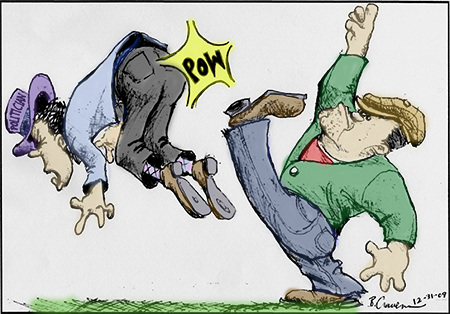 “Throw The Bums Out!” is a very common saying we use to describe what we all want to do to the corrupt and incompetent politicians.  It’s the obvious thing to do to anyone we elect who sells us out to special interest money and political party insiders.

We all know the vast majority of our employees in Congress are not being attentive to "our business," attentive to protecting and defending our best interests.  Instead, our employees are doing the bidding of those with the most wealth and power.

Nobody in their right mind would keep employees that are corrupt and incompetent and doing harm to the business.  So this begs the question . . . when are we going to wake up and realize we are not and have not been in our right minds because we don't do anything to get rid of these useless and destructive employees.

As long as we continue to participate in elections like we always have, as long as we play the establishment's game, we will never have any serious influence over our representatives.  Why?  Because they know how easy we are to manipulate into playing their game.  They are supremely confident they can continue to exploit our conditioning and suck most of us into believing there's some genuine difference between the two main political parties and it makes a difference who we elect. 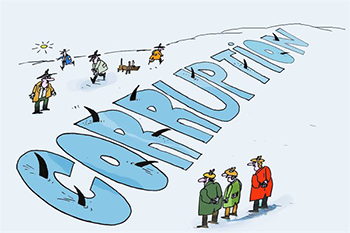 It's time we all face the fact that WE ARE RESPONSIBLE for the mess we're in.  We do nothing to stop what's happening.  Granted most of us don't have any idea about what to do about it . . . but the fact remains, WE send everyone we elect into a totally corrupt environment where they are surrounded by approximately 11,000 lobbyists and ruthlessly corrupt politicians and expect them to fend for themselves against all those highly trained sharks.  There are roughly 20 lobbyists for every member of Congress in Washington.  Entrenched career politicians and lobbyists are highly skilled at the art of the con and highly skilled at manipulating people.  Is it realistic to expect any decent person we put at their mercy is going to be able to survive intact?  Is it realistic to expect they won't be beaten down or eventually corrupted themselves? 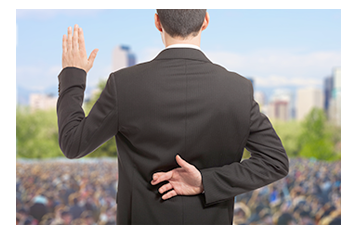 We don't realize we depend on corrupt people in a corrupt system to teach everyone we send to Washington how the system works.  It's nuts.  And then we get all pissed off because nothing changes and most every politician becomes corrupt.  This is why it makes no significant difference who we elect?  Until we change the environment, until we at least make it more difficult for the corruption machine to rage on, nobody we elect is going to be able to make a significant scratch.

The way our elections are currently orchestrated virtually guarantees that most people who are already in office will win reelection whether they have done a good job or not.  If they play ball with all the corrupt political insiders, they will get the money and party support that they need to con enough people into voting for them over and over again.  They will even benefit from vote tampering if the need should arise.

Check out Black Box Voting.org - the best Election Fraud Watchdog Out There!

Another common saying is:

“A definition of insanity is doing the same thing over and over again expecting different results”.

The Kick Them All Out Project is first and foremost a revolutionary new voting strategy that will enable us to fire 80% or more of our corrupt and incompetent employees.  How can we do that?

Simply adopt a new reason
and purpose for voting. 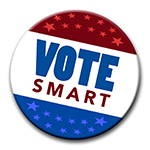 We simply need to change the reason and purpose of voting from electing someone the REMOVING SOMEONE. You may be wondering, "what's the big difference?" When you vote for someone new you're also removing someone.   The difference is, when the reason you vote is to elect someone, there is an expectation that the new person is going to somehow make things better.

The revolutionary new approach is to commit to the perspective that it makes no difference who we elect.  We no longer imagine anyone is going to be able to stop the machine until we change the environment in Washington until we make it impossible for all those banking/corporate lobbyists and corrupt politicians from doing what they've been allowed to do with utter impunity.  They have used their wealth and power to make every crime they want to commit legal and they will never pass any legislation that would lead to a serious reduction of their power.

The Kick Them All Out Project voting strategy is based on the understanding that "it makes no difference who replaces the incumbent."  There is no expectation that the person who is elected to replace the incumbent is going to make things better.   The point of the Kick Them All Out Project voting strategy isn't to find good people to elect, it's time to send a LOUD MESSAGE to Washington that we've had enough!  We need to PROVE ME MEAN IT!  We need to prove "We the People" will no longer continue to elect entrenched, corrupt and incompetent career politicians!

Most people don't feel they can do anything about the systemic corruption all around us.  It's simply too overwhelming.  Most people feel no power at all.  The Kick Them All Out Project is not an answer to every problem.  It's simply a place to start.  A way for us all to tap into the only power we really have to effect real immediate change.

Every revolution must begin with a serious confrontation that makes it clear we are serious as a heart attack.  Every revolution begins with the line being drawn beyond which we will go no further. 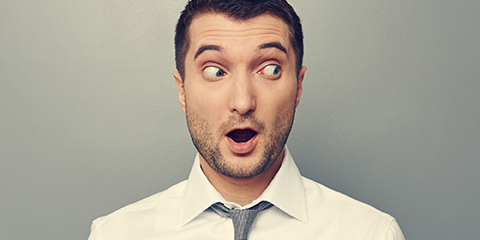 Next Election We Must Cast Our Votes To Accomplish One Thing.
To Send A Message . . . A WAKE-UP CALL THAT THE PARTY IS OVER!
A MESSAGE THAT WE ARE NOT GOING TO PUT UP WITH IT ANYMORE! 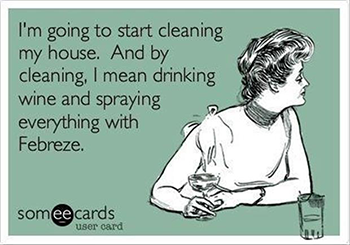 It's time to get serious about cleaning house and flood Congress with PINK SLIPS! 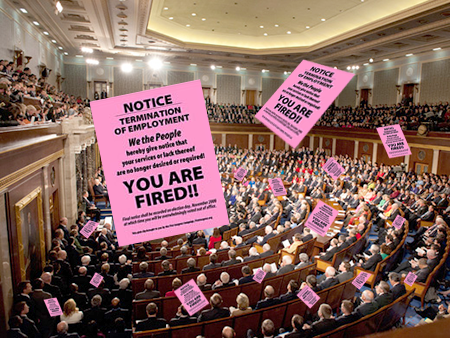 IT'S TIME TO KICK THEM ALL OUT!

"Start by doing what's necessary, then do what's possible,
and suddenly you are doing the impossible." - Francis of Assisi

“Never doubt that a small group of thoughtful,
committed citizens can change the world.
Indeed, it’s the only thing that ever has.”- Margaret Mead

Trackback URL for this entry: http://kickthemallout.com/trackback.php/Nutshell_Project_Summary