Editor's Note: Oh great. Google has/owns this technology!? They already control the vast majority of information flowing across the internet. Now they will soon be able to process/manipulate it all in real-time like never before. From the sound of it, almost instantaneously. If Google is a danger to our freedom now, imagine what it will do once it has this technology in place! 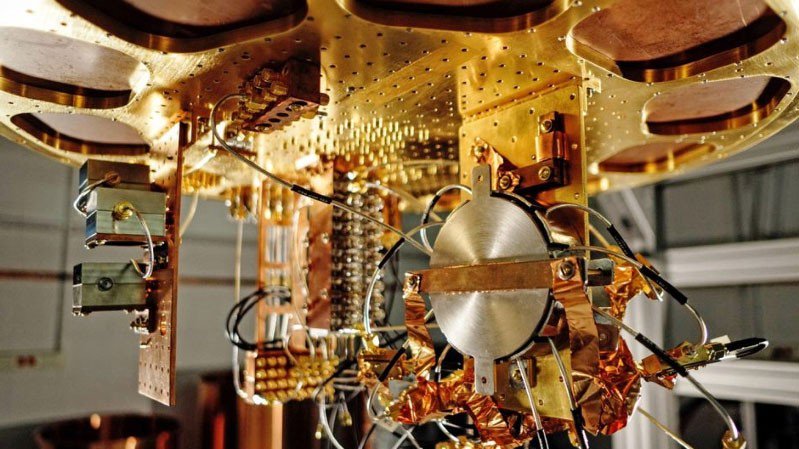 According to a report in the Financial Times, a team of researchers from Google led by John Martinis have demonstrated quantum supremacy for the first time. This is the point at which a quantum computer is shown to be capable of performing a task that’s beyond the reach of even the most powerful conventional supercomputer. The claim appeared in a paper that was posted on a NASA website, but the publication was then taken down. Google did not respond to a request for comment from MIT Technology Review.

Why NASA? Google struck an agreement last year to use supercomputers available to NASA as benchmarks for its supremacy experiments. According to the Financial Times report, the paper said that Google’s quantum processor was able to perform a calculation in three minutes and 20 seconds that would take today’s most advanced supercomputer, known as Summit, around 10,000 years. In the paper, the researchers said that, to their knowledge, the experiment “marks the first computation that can only be performed on a quantum processor.”

Quantum speed up: Quantum machines are so powerful because they harness quantum bits, or qubits. Unlike classical bits, which are either a 1 or a 0, qubits can be in a kind of combination of both at the same time. Thanks to other quantum phenomena, which are described in our explainer here, quantum computers can crunch large amounts of data in parallel that conventional machines have to work through sequentially. Scientists have been working for years to demonstrate that the machines can definitively outperform conventional ones.

How significant is this milestone? Very. In a discussion of quantum computing at MIT Technology Review’s EmTech conference in Cambridge, Massachusetts this week before news of Google’s paper came out, Will Oliver, an MIT professor and quantum specialist, likened the computing milestone to the first flight of the Wright brothers at Kitty Hawk in aviation. He said it would give added impetus to research in the field, which should help quantum machines achieve their promise more quickly. Their immense processing power could ultimately help researchers and companies discover new drugs and materials, create more efficient supply chains, and turbocharge AI.

But, but: It’s not clear what task Google’s quantum machine was working on, but it’s likely to be a very narrow one. In an emailed comment to MIT Technology Review, Dario Gil of IBM, which is also working on quantum computers, says an experiment that was probably designed around a very narrow quantum sampling problem doesn’t mean the machines will rule the roost. “In fact quantum computers will never reign ‘supreme’ over classical ones,” says Gil, “but will work in concert with them, since each have their specific strengths.” For many problems, classical computers will remain the best tool to use.

And another but: Quantum computers are still a long way from being ready for mainstream use. The machines are notoriously prone to errors, because even the slightest change in temperature or tiny vibration can destroy the delicate state of qubits. Researchers are working on machines that will be easier to build, manage, and scale, and some computers are now available via the computing cloud. But it could still be many years before quantum computers that can tackle a wide range of problems are widely available.

Trackback URL for this entry: http://kickthemallout.com/trackback.php/Google_Researchers_Have_Reportedly_Achieved_Quantum_Supremacy