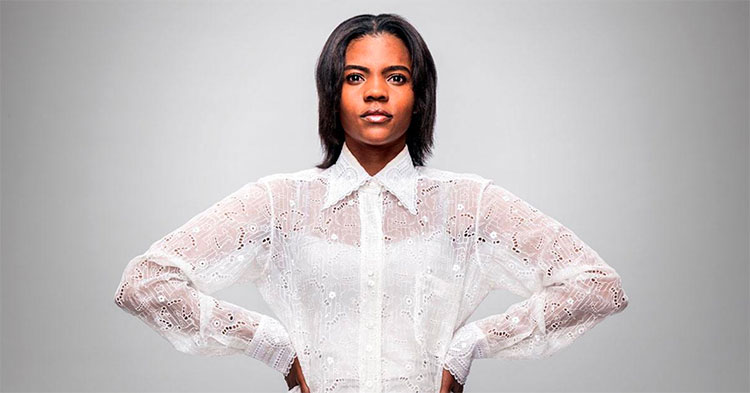 Candace Owens, the great young Black conservative political activist who helped to start the #WalkAway movement that will likely lead to President Trump receiving a significantly higher percentage of the Black vote this year, had some really smart things to say about this election in an interview with the Daily Caller News Foundation yesterday.

Owens’ view is that COVID-19 and the panic around it created by the Democrats and their corrupt toadies in the corporate news media amounts to the “greatest rigging of an American election” we have ever seen. At this point, it is pretty hard to argue with that assessment.

Here are several clips from that interview, followed by a transcript of some of her key quotes from it:

"This is the greatest rigging of an American election that we are all playing a part in right now."@RealCandaceO talks about @realDonaldTrump 's reelection, the economy, and #MailInVoting.@DailyCaller @VinceCoglianese pic.twitter.com/nhk9xfof2t

"You think that the boys that I see on college campuses today could possibly end World War II? You think that they can lay over the beaches of Normandy? The kids that are crying because @benshapiro is coming to speak on campus?" pic.twitter.com/fbmE6RGFGd

“Coronavirus is the greatest rigging of an American election that has ever taken place— and we are all unwitting participants.

“We don’t see the candidates, right? The candidates are not allowed to travel. They can’t talk about their policies. Who knows? They’re already saying now, at The New York Times, that there might not be a debate.

“The Left is completely hiding their campaign. That is their strategy: ‘We’re going to hide Joe Biden so you never have to meet him. And, at the same time, we’re going to tell the current president that he can’t he can’t travel – but, if he does any events, if he has a room full of people, that it’s all dangerous and against safety measures and it’s not right.

“Then, you have them talking about mail-in voting, which we know is corrupt. We know it’s corruptible. We know that it allows for tons of rigging.

“Now, they’ve crashed the economy and forced a ton of people that maybe would have considered some conservative voting, it they had a job, their lives were together.

“Well, now they’re relying of the Left’s Socialist system. They’re relying on stimulus checks. And, that means they’re going to be more inclined to vote for someone who has more Socialist perspective.

“They’re not allowed to work, right? So that naturally puts them out of the category of voting that they maybe would’ve been in if things had been normal, right?

“So, we see all this stuff happening and we’re supposed to think that November is not being impacted by all of this.

Yes, of course it is.

Equally as compelling were Owens’ comments on how leftist Democrats have “destroyed Black America”, after the interviewer asked her about a flyer distributed for years by the Museum of African American History that attributed all manner of family values-kinds of things as being exclusively “white” and thus, things Black Americans should shun.

Here are some of the quotes from that passage:

“You can see this now in certain schools – they are trying to teach kids that there is something wrong with even trying to learn to speak proper English. They’re saying that that is wrong and racist. So, they’re talking about introducing courses in Ebonics – slang – that Black Americans need to develop their own sub-culture apart from White American culture.

“The problem is that this idea of separation and not actually rising to the challenge, and getting smarter and competing and learning proper English…there has never been any group of people that have lagged behind another group of people and gotten ahead by this method.

“A great example of this is David Hume, when he challenged the Scottish people, when they were trailing behind the English people for so long, he turned to the Scottish people and he said to them in the 17th century, you know, we’ve got to learn proper English. Rather than him saying that having to learn proper English is wrong and it’s racist, they rose to the challenge and within a couple of decades the Scots actually passed the English in engineering and science.

“Because they rose to the challenge.”

Trackback URL for this entry: https://kickthemallout.com/trackback.php/V-Candace_Owens-Coronavirus_is_Being_Used_To_Justify_the_Greatest_Rigging_of_an_American_Election