Children’s Health Defense is proud to stand with organizations and countries as we work together to pushback on medical mandates, unsafe vaccines, and increasingly totalitarian governments.  In the coming months, these issues will be front and center in discussions around the world as people decide whether to cling tightly to their freedoms or blindly follow whatever edicts are put in place by corrupt government officials and profit-driven corporations.  The making of this video was accomplished through the teamwork of organizations and individuals who will not stand by and watch liberty be stripped away from citizens little by little until total tyranny reigns. 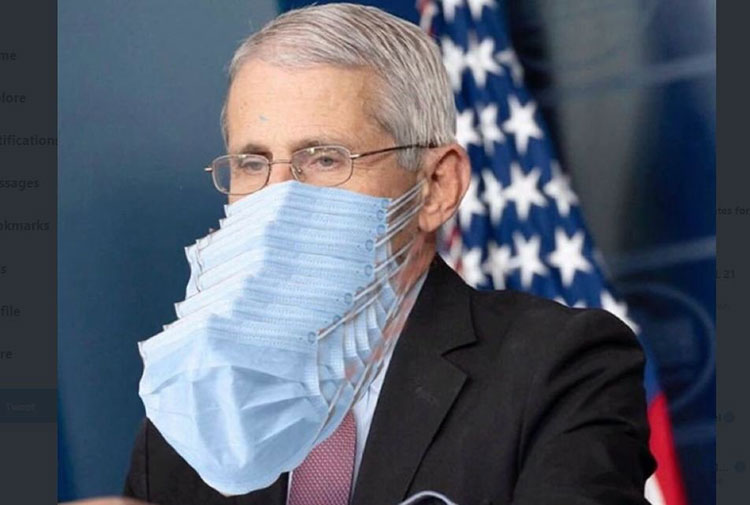 The results of a CDC study at first appear to show that wearing masks help reduce the spread of COVID: 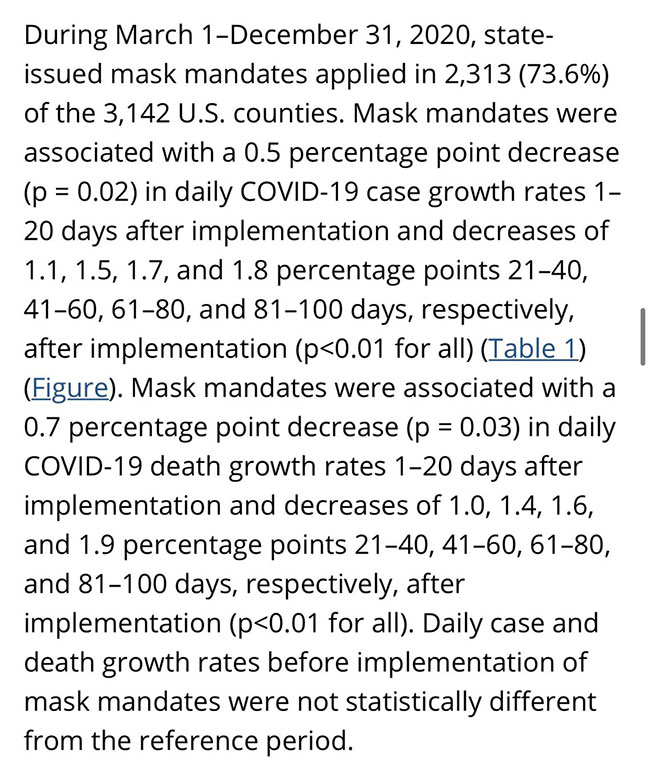 EVERYONE NEEDS TO WATCH THIS VIDEO! This is the clearest presentation I've seen so far about what the SHOTS (they are NOT VACCINES) do, how they fill your system with dangerous binding antibodies (not the same as naturally formed antibodies), and how they go about altering your DNA in ways that could leave you PERMANENTLY DAMAGED!

We’re being warned that a new Ebola outbreak is spreading.

Yahoo News (February 26, 2021): “On Feb. 17, the World Health Organization reported a cluster of Ebola cases in Guinea…The Biden administration is moving forward with plans to screen airline passengers from two African countries arriving in the U.S. for Ebola…”

Before yet another lunatic pandemic story takes off, people need to understand the multiple hoaxes behind Ebola.

I covered the story in 2017 and 2014. Here are the essential quotes from my pieces. Buckle up

There is one predictable outcome: at Congo clinics and hospitals, frightened people who arrive with what are labeled “early signs” of Ebola will be diagnosed as probable cases. What are those symptoms? Fever, chill, sore throat, cough, headache, joint pain. Sound familiar? Normally, this would just be called the flu.

Here’s another point you won’t see discussed on the mainstream news: the reliability of tests used to diagnose Ebola.

Antibody tests will register positive for disease because they ping on factors that have nothing to do with the disease being looked for. And even when the test is accurate, a positive reading merely shows that the patient came in contact with the germ in question. It says nothing about whether he’s ill or is going to become ill.

In fact, before 1985, when the science was turned on its head, antibody-positive status was taken to mean the patient’s immune system had successfully warded off the germ.

The PCR test is a sophisticated way of amplifying tiny, tiny bits of what are assumed to be viral material, so they can be observed. The problem here is this: if only tiny bits of material could be found in the patient’s body in the first place, there is no reason to suppose they’re enough to cause disease. Very, very large amounts of virus are necessary to begin to suspect the patient is ill or is going to become ill.

Bottom line: huge numbers of people on whom these tests are done are going to be falsely diagnosed with Ebola.

You “show” people a germ and you tell them what it is and what it does, and people salute. They give in. They believe. They actually know nothing. But they believe.

The massive campaign to make people believe the Ebola virus can attack at any moment, after the slightest contact, is quite a success.

People are falling all over themselves to raise the level of hysteria.

I covered the Zika outbreak extensively in 2016. It was yet another fraud, and it collapsed under the weight of warnings to women to avoid pregnancy. Women wouldn’t obey in great enough numbers.

Basically, the official position was: an outbreak of microcephaly was occurring, worldwide, starting in Brazil. Babies were being born with smaller heads and brain damage. The cause was the Zika virus, carried by mosquitoes.

When I was exposing the lies, in 2016, I wasn’t questioning the existence of the Zika virus. Now, in 2021, I would be demanding proof that the virus had actually been isolated.

Here are excerpts from the many articles I wrote during the “Zika crisis”. There is more, much more to the story, but what I’m publishing here is enough to reveal the standard pattern of pandemic ops: pretend the “medical condition” is entirely the result of a germ; fake the exact cause; cover up ongoing government/corporate crimes.

EXCERPT ONE, 2016: There is no convincing evidence the Zika virus causes the birth defect called microcephaly.

Basically, Brazilian researchers, in the heart of the purported “microcephaly epidemic,” decided to stop their own investigation and simply assert Zika was the culprit. At that point, they claimed that, out of 854 cases of microcephaly, only 97 showed “some relationship” to Zika.

You need to understand that these figures actually show evidence AGAINST the Zika virus as the cause. When researchers are trying to find the cause of a condition, they should be able to establish, as a first step, that the cause is present in all cases (or certainly an overwhelming percentage).

This never happened. The correlation between the presence of Zika virus and microcephaly was very, very weak.

Do you think for one second the likes of Bill Gates, Anthony Fauci, Nancy Pelosi, Chuck Schumer, Joe Biden, etc., etc., give two shits about what they have done to destroy the lives of our children?  This is a mini film by Liv McNeil a 9th grader.  It's about the deadly lockdowns and closed schools. She did this for a school project but she was so happy with how it came out she posting it on YouTube and it's gotten about 1.6 million views so far. Really captures the reality of what the psychopaths behind the COVID FRAUD have done to rob kids of their lives and the psychological/emotional damage it's done.

I'm not sure who this nurse is but this is an absolute stellar rant! God created foul language precisely for this purpose!! No other words can capture the real stench and appropriate outrage of what total MORONIC IDIOTS we have surrounding us happily facilitating the destruction of normal life. They lap up the bull shit "official narratives" so they can stomp around in virtue-signaling paradise while the world burns to the ground around them and they willingly participate in their own destruction.

This is a MUST SEE presentation.  Celeste Solum has done an incredibly deep dive research effort into the myriad of INSANE ingredients in the so-called COVID vaccines, which are not vaccines in any sense of the word.  They are diabolical gene therapy cocktails that do in fact alter the very nature of our DNA.  She also exposes the fact that these vaccines are all different, many different set of ingredients to target specific groups of people.

This fake COVID Pandemic is in reality ONE HUGE CRIMINAL EXPERIMENT designed to destroy everything it is to be a human being!

Of course, it's being rolled out in COMMIFORNIA LA.  Once again, they ruthlessly target our children, scare the living shit out of them for no legitimate reason except to brainwash/indoctrinate them when they are most vulnerable.  THEY ALL KNOW children pose no risk and are at no risk of any serious illness from this fake pandemic.

With the Federal government supercharging the US consumer with now periodic massive stimulus payments - $900 billion here and $1.9 trillion there - and universal basic income handouts, it's hardly a surprise that the US economy, where the government is now responsible for a staggering 27% of all personal income...

...  is redlining to the point of overheating as Goldman found recently when its latest Goldman Sachs Analyst Index (GSAI) which provides a snapshot perspective on the US economy, hit an all time high.

None of this is a surprise: when money literally drops from the sky, it would be a miracle if the economy wasn't overheating. The question is what happens when the party stops. Unfortunately for some 11 million people, the hangover will be a disaster.