Go behind the scenes with an experienced expert, virologist who worked under Anthony Fauci,director of the National Institute of Allergy and Infectious Diseases since 1984. She was jailed and now tells all. All is revealed and be prepared for a future you are NOT PREPARED FOR!

He is the Chairman of Children’s Health Defense whose mission is to end the epidemic of children’s chronic health conditions by working aggressively to eliminate harmful exposures, hold those responsible accountable, and establish safeguards so this never happens again.

Kennedy was named one of Time magazine’s “Heroes for the Planet” for his success helping Riverkeeper lead the fight to restore the Hudson River. The group’s achievement helped spawn 300 Waterkeeper organizations across the globe.

His articles have appeared in nationally-known publications such as: The New York Times, Washington Post, Los Angeles Times, The Wall Street Journal, Newsweek and Rolling Stone.

Throughout the COVID-19 pandemic Kennedy has contradicted the mainstream media and are here today to discuss the global lockdown, vaccine development, the roles of Anthony Fauci and Bill Gates and more.

If video won't play or is slow to play, you can listen to the audio below: 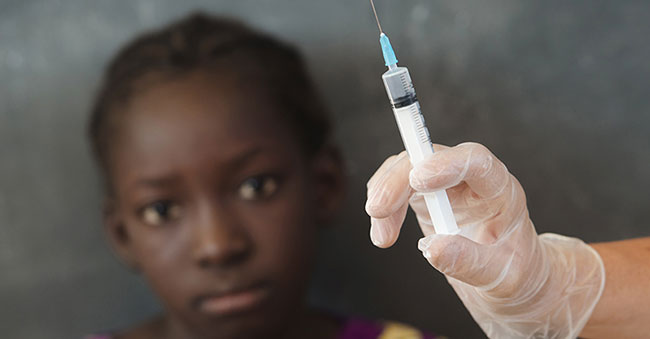 Anyone defending the Bill Gates/WHO global vaccine program needs to explain this study: Mogensen et al 2017. Prior to 2017, neither HHS nor WHO ever performed the kind of vaccinated/unvaccinated (or placebo) study necessary to ascertain if the DTP vaccine actually yields beneficial health outcomes. The DTP vaccine was discontinued in the US and western nations in the 1990s following thousands of reports of death and brain damage.

But Bill Gates and his surrogates, GAVI and WHO, made DTP a priority for African babies. The Danish government and Novo Nordisk Foundation commissioned this study by a team of the world’s leading experts on African vaccination. The two most prominent names, Drs. Soren Mogensen and Peter Aaby, are both vocal vaccine supporters. They were shocked when they examined years of data from a so called “natural experiment” in Guinea Bissau where 50% of children die before age five. In that west African nation, half the children were vaccinated with the DTP vaccine at three months and the other half at six months. Dr. Mogenson and his team found that girls vaccinated with the DTP vaccine died at 10 times the rate of unvaccinated kids. While the vaccinated children were protected from Diphtheria, Tetanus and Pertussis, they were far more susceptible to other deadly diseases than unvaccinated peers. The vaccine apparently compromised their immune systems. Thanks to Gates, DTP is the world’s most popular vaccine.

The researchers suggested that the DTP vaccine is killing more children than the diseases it targets.

For African nations, GAVI and WHO use DTP vaccine uptake to gauge national compliance with vaccine recommendations. GAVI can financially punish nations that don’t fully comply. The researchers suggested that the DTP vaccine is killing more children than the diseases it targets. It’s possible that millions of children are adversely affected. Although the New York Times and other Gates boosters will accuse me of promoting “vaccine misinformation”, this is a peer reviewed publication in a respected journal by the world’s most authoritative vaccine scientists describing catastrophic outcomes.

Shouldn’t we be scrutinizing Bill Gates’ record in Africa before we let him dictate which medicines we need to take? By muzzling legitimate criticism as “anti-vax”, the media avoids honest debate on many damning studies like Mogensen.

Sign up for free news and updates from Robert F. Kennedy, Jr. and the Children’s Health Defense. CHD is planning many strategies, including legal, in an effort to defend the health of our children and obtain justice for those already injured. Your support is essential to CHD’s successful mission. 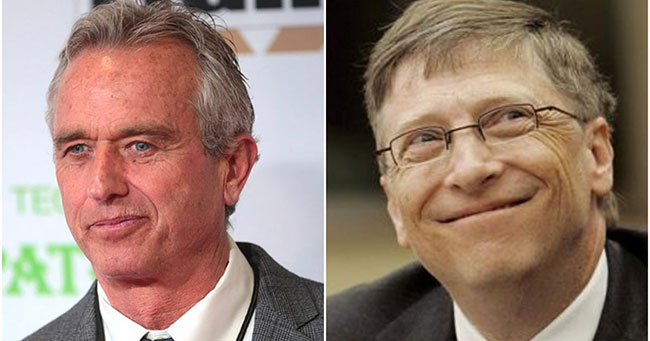 Why are the world’s top vaccine promoters, like Paul Offit and Peter Hotez, frantically warning us about the unique and frightening dangers inherent in developing a coronavirus vaccine?

Scientists first attempted to develop coronavirus vaccines after China’s 2002 SARS-CoV outbreak. Teams of US & foreign scientists vaccinated animals with the four most promising vaccines. At first, the experiment seemed successful as all the animals developed a robust antibody response to coronavirus. However, when the scientists exposed the vaccinated animals to the wild virus, the results were horrifying. Vaccinated animals suffered hyper-immune responses including inflammation throughout their bodies, especially in their lungs. Researchers had seen this same “enhanced immune response” during human testing of the failed RSV vaccine tests in the 1960s. Two children died.

In this video footage, Offit, Hotez and even Anthony Fauci (in an unguarded moment), warn that any new coronavirus vaccine could trigger lethal immune reactions “vaccine enhancement” when vaccinated people come in contact with the wild virus. Instead of proceeding with caution, Fauci has made the reckless choice to fast track vaccines, partially funded by Gates, without critical animal studies before moving into human clinical trials that could provide early warning of runaway immune response.

Gates (in the video) is so worried about the danger of adverse events that he says vaccines shouldn’t be distributed until governments agree to indemnity against lawsuits. On February 4, 2020, according to the Centers for Disease Control (CDC) website, there were only 11 active CV cases in the USA, yet the U.S. quietly pushed through Federal regulations giving coronavirus vaccine makers full immunity from liability.

Are you willing to take the risk?

Millennial Millie investigates the deep conflicts of interest and connections Bill Gates has with the coronavirus and his proposed ‘vaccine’ to cure the pandemic.

Watch this RT interview with Robert Kennedy to see how corrupt the CDC is. We cannot trust this corrupt organization with our health. The CDC has a large financial interest in pushing untested vaccines on the public.

WHO is even more under the control of Big Pharma. The organization is corrupt beyond the meaning of the word. “The WHO is a sock puppet for the pharmaceutical industry.” — Robert F. Kennedy Jr.

President Trump on Sunday touted the promising results from small-scale studies of hydroxycloroquine and warned that a coronavirus vaccine may have a “horrible impact” if not properly tested.

“If we have a vaccine, we have to make sure it doesn’t have a horrible impact, that it doesn’t destroy anyone, with the other one [hydroxycloroquine] we don’t have to,” Trump said.

From The Hill, “Trump promotes use of drug for coronavirus: ‘I’m not a doctor. But I have common sense'”:

“What do you have to lose?” he said. “I’m not looking at it one way or another. But we want to get out of this. If [hydroxycloroquine] does work, it would be a shame if we didn’t do it early.”

The president has for days opined on the potential efficacy of hydroxychloroquine when taken with azithromycin.

[…] “I want people to live, and I’m seeing people dying,” he said. “And you know the expression when that’s happening. You should do it. What really do we have to lose?”

Dr. Sherri Tenpenny joins The Alex Jones Show to educate the public how to fight back against the vaccine industry drug pushing tactics used to generate profits from its customers.

This is a short film that documents the fact that this vaccine is at best worthless and at worst, very, very dangerous to your children.  And it proves that Merk and the FDA KNOW IT!