The goal of the entire global pandemic hoax was to scare the population into willingly lining up for jabs of 'THE REAL THREAT", THE REAL BIOWEAPONS," the DNA altering, sterilization inducing, and God knows what else they do vaccines! This is yet another fantastic presentation by David Icke and his son GAZ (Gareth) about the INSANE and already nightmarish rollout of untested, unapproved worthless for fighting viruses, and dangerous vaccines.

Quick question . . . Have you noticed NOBODY IS GETTING SICK FROM COLDS OR FLU ANYMORE? Everything is COVID, even dying from gun shot wounds and car accidents.

This video clip of Demon Toad Anthony Fauci LYING TO US YET AGAIN is prefaced by a clip of Kary Mullis, inventor of the PCR Test, who tells you the kind of person Fauci really is. Fauci has been improperly using the PCR test to manufacture starting with the FAKE HIV CAUSES AIDS SCAM to make TRILLIONS for the Pharmaceutical Industry. 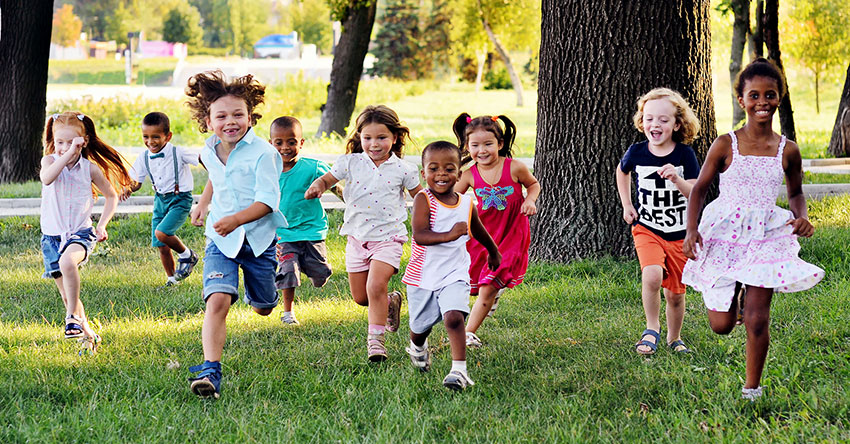 Unvaccinated children are healthier than vaccinated children, according to a new study published in the International Journal of Environmental Research and Public Health. The study — “Relative Incidence of Office Visits and Cumulative Rates of Billed Diagnoses Along the Axis of Vaccination” — by James Lyons-Weiler, PhD and Paul Thomas, MD, was conducted among 3,300 patients at Dr. Thomas’ Oregon pediatrics practice, Integrative Pediatric.

The study the CDC refused to do

Since 1986, the Centers for Disease Control and Prevention (CDC) has been legally obligated to conduct safety studies and issue a safety report on children’s vaccinations every two years. In 2018, it was determined they had never done so. It is therefore incumbent upon non-governmental groups to do the work the CDC refuses to do.

As the leading governmental organization driving vaccination among Americans, the CDC refuses to incriminate themselves in the epidemic of childhood chronic illness. It is a classic case of the fox guarding the henhouse. They are complicit in creating an evidence vacuum to deliberately manage against the possibility of the public turning against vaccination.

Since the Lyons-Weiler and Thomas study demonstrates that vaccinated children have more chronic illness and were also more likely to get respiratory infections, those who downplay vaccine risks will be sent into another round of apoplectic machinations to attempt to invalidate the results.

Despite the rigor with which this study was conducted, expect critics to do anything but cite opposing science. They cannot. It simply has not been done. Instead, expect critics to draw from a hackneyed playbook to draw the attention away from these scientific findings by directing ad hominem attacks on the authors, criticizing the journal where it was published, and claiming that the study design was not sound.

When research highlights anomalies that diverge from a dominant scientific paradigm, it’s important to remember that the playground of science is not in proof, but in the accumulation of evidence that bolsters an emerging paradigm. The Lyons-Weiler and Thomas study strengthens this emerging paradigm that vaccines may cause more harm than previously documented and characterized.

David Icke details the absolute INSANITY over the totally experimental, untested and highly dangerous thing they are calling a vaccine, which isn't a vaccine in any conventional sense of the word.  YOU ARE INSANE IF YOU ALLOW THEM TO SHOOT THIS STUFF INTO YOU!!  Especially when there are many other safe and effective treatments for the alleged COVID-19 (which is nothing but a strain of coronavirus that we experience EVERY SINGLE YEAR!)

Summary of what the lunatics pushing these experimental vaccines are telling us:

You aren't going to believe what's in these TOTALLY EXPERIMENTAL COCKTAILS they want everyone to joyfully line up for!  These alleged COVID vaccines are not what you think they are. They ARE NOT conventional vaccines. Frankly, they shouldn't even be called vaccines. They are DNA ALTERING MAD SCIENCE JUICE. This AstraZeneca cocktail even has REPLICATED FETAL LUNG TISSUE FROM A 14-WEEK OLD ABORTED FETUS! And that's just for starters! Another lovely feature being reported are yummy ingredients that will sterilize you! NO BABYS FOR YOU! 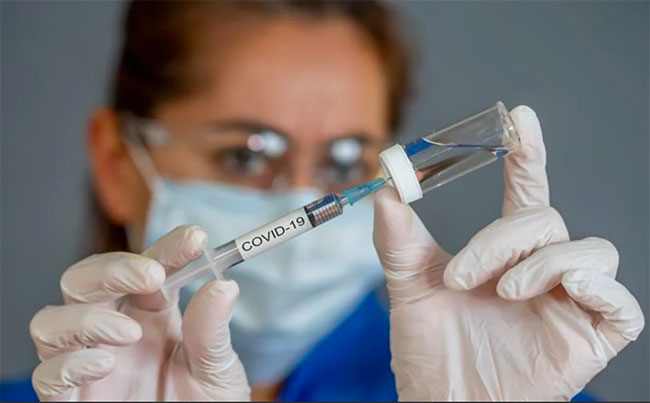 Bill Gates is actively financing and promoting new untested vaccines supposed to keep us at least somewhat safe from a ‘ghastly” death from the novel coronavirus and supposedly allow us to resume somewhat “normal” lives. The Pharma giant Pfizer has now announced what they claim were spectacular results in initial human tests. They use an experimental technology known as gene editing, specifically mRNA gene-editing, something never before used in vaccines. Before we rush to get jabbed in hopes of some immunity, we should know more about the radical experimental technology and its lack of precision.

The financial world went ballistic on November 9 when the pharma giant Pfizer and its German partner, BioNTech, announced in a company press release that it had developed a vaccine for Covid19 that was “90%” effective. 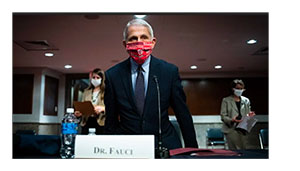 The controversial US head of NIAID, Tony Fauci (right) rushed to greet the news and the EU announced it had purchased 300 million doses of the costly new vaccine. If you believe financial markets, the pandemic is all but past history.

However it seems Albert Bourla, the CEO of Pfizer, doesn’t share the confidence of his own claims. On the day his company issued its press release on the proposed vaccine trials, he sold 62% of his stock in Pfizer, making millions profit in the deal. He made the sell order in a special option in August so it would not appear as “insider selling”, however he also timed it just after the US elections and the mainstream media illegitimately declared Joe Biden President-elect. It seems from appearances that Bourla had a pretty clear conflict of interest in the timing of his press release on the same day.

Once again, leave it up to the Brits to get into the streets and tell it like it is!!

On Wednesday the Department of Defense released the first images of a COVID-19 vaccination record card as well as vaccination kits, according to CNN.

"Everyone will be issued a written card that they can put in their wallet that will tell them what they had and when their next dose is due," says Dr. Kelly Moore, associate director of the Immunization Action Coalition. "Let's do the simple, easy thing first. Everyone's going to get that." 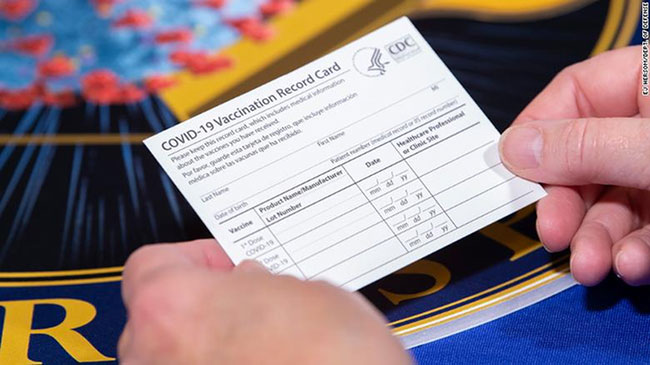 What's more, vaccination clinics will also report to their state immunization registries which vaccine was given so that third parties can verify one's vaccination status regardless of what their card says (or if they've lost it).

Moore said many places are planning to ask patients to voluntarily provide a cell phone number, so they can get a text message telling them when and where their next dose is scheduled to be administered.

Every dose administered will be reported to the US Centers for Disease Control and Prevention, said Claire Hannan, executive director of the Association of Immunization Managers. -CNN

The DoD also released information on vaccine kits, which include a card, needle, syringe, alcohol wipes and a mask. There are approximately 100 million such kits ready to go as soon as 'the' vaccine(s) is(are) chosen, according to Operation Warp Speed CEO, Gen. Gustave Perna. 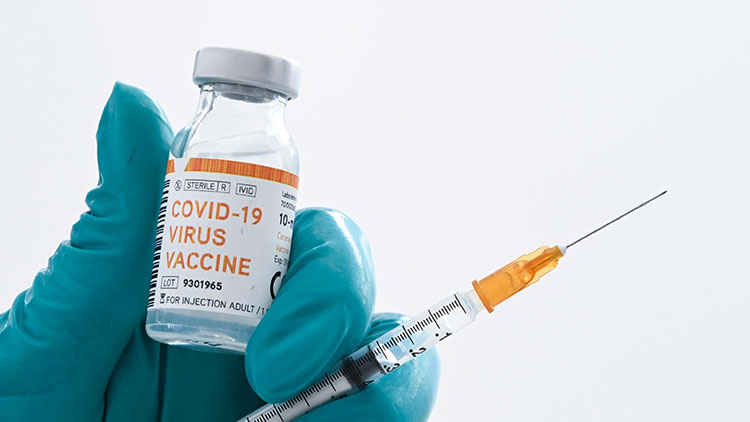 I’ve described how the major clinical trials of the COVID vaccine are designed to prevent nothing more than a cough, or chills and fever [1] [2].

The whole plan to gain FDA approval of the vaccine is a stark fraud.

Now let’s move on to the next con: how to make it seem the vaccine is a roaring success.

For example, the number of “cycles” for which the test is set is a key factor. Each cycle is a huge amplification of the tissue sample taken from the patient.

When you blow up that tissue sample above 34 cycles, you get gigantic numbers of false-positive results, even by the standards of the test. Fauci has admitted it. I’ve pointed out that FDA guidelines nevertheless recommend doing the test at up to 40 cycles. This alone explains reports of “rising COVID case numbers.”

Let’s say Pfizer and then Moderna win FDA approval to release their vaccines in the US. With the military doing the logistics of shipping, millions of doses move out, and soon, an extraordinary number of Americans are lining up to take the shot.

After a suitable period of time, the elite medical planners will change the way the PCR test is done. The number of cycles will be drastically reduced. That order will go out to labs in the US.

What does this mean? It means that far fewer positive test results will occur.

Therefore, the trend of “new COVID cases” will stop rising. It will level off, and then it will fall.

This rigging will be heralded as proof that that vaccine is producing a victory over the virus. 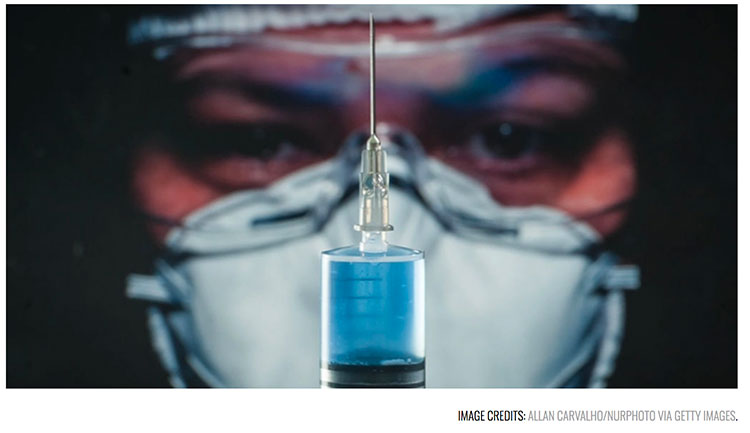 Hey, if the COVID-19 coronavirus pandemic is a hoax as some claim, it would have to fool a lot of university-trained microbiologists.  But surprisingly this isn’t the first time modern medicine has been completely fooled by a pseudo epidemic.  Yes, the COVID-19 pandemic is fake, obviously much larger than the ones that preceded it, but totally fake.  How so, you ask?

Mike Hearn, posting plan99.net clued the whole world in to how the polymerase chain reaction (PCR) test, now used to diagnose COVID-19 coronavirus infections, fooled three major medical centers into mistakenly believing they were being besieged by a whooping cough epidemic in the years 2004-2007.

Post up an online claim that COVID-19 is a hoax and you will be subjected to massive ridicule.  Lay people who have amateurishly claimed COVID-19 is a hoax have reportedly died of this infectious lung disease.  Government propagandists parade testimonies of those who thought COVID-19 was a hoax until they were infected themselves.  But these patients really don’t know they had a COVID-19 infection, they were just told that.

But there really IS a COVID-19 coronavirus that is killing hundreds of thousands of humans on planet earth, right?  That’s what infection control officers thought when they were dealing with a lot coughing workers who obviously had something.

How do we know, after locking down entire populations inside their homes during winter cold and flu season that these excess death numbers aren’t a result of a lack of sunshine vitamin D rather than a corona cold virus?

A Reuters Fact Checking team says in 92.8% of deaths COVID-19 was “found to be the underlying cause of death.”  But frankly, there is no study showing COVID-19 is singularly causal for death, at least not yet.

Strikingly, if prior pseudo-epidemics offer any lesson it is that the rate of false positive tests for COVID-19 approaches 100%!