Senator Grassley is one of the few truly honest people in Congress . . . This is an epic and important speech.

Editor's Note: This is a very interesting and insightful (and dispassionate) analysis of he current state of political affairs.

Editor's Note:  Well looky here.  SNL actually stop Trump bashing to level some actual truth about the Democrats and Killary?  Of course, they had to ruin it by putting the Mark Cuban (Rhino) for president at the end. Tells you who Cuban really is.

As Russia-gate continues to buffet the Trump administration, we now know that the “scandal” started with Democrats funding the original dubious allegations of Russian interference, notes Joe Lauria.

The two sources that originated the allegations claiming that Russia meddled in the 2016 election — without providing convincing evidence — were both paid for by the Democratic National Committee, and in one instance also by the Clinton campaign: the Steele dossier and the CrowdStrike analysis of the DNC servers. Think about that for a minute. 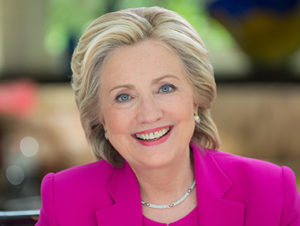 We have long known that the DNC did not allow the FBI to examine its computer server for clues about who may have hacked it – or even if it was hacked – and instead turned to CrowdStrike, a private company co-founded by a virulently anti-Putin Russian. Within a day, CrowdStrike blamed Russia on dubious evidence.

And, it has now been disclosed that the Clinton campaign and the DNC paid for opposition research memos written by former British MI6 intelligence agent Christopher Steele using hearsay accusations from anonymous Russian sources to claim that the Russian government was blackmailing and bribing Donald Trump in a scheme that presupposed that Russian President Vladimir Putin foresaw Trump’s presidency years ago when no one else did.

Since then, the U.S. intelligence community has struggled to corroborate Steele’s allegations, but those suspicions still colored the thinking of President Obama’s intelligence chiefs who, according to Director of National Intelligence James Clapper, “hand-picked” the analysts who produced the Jan. 6 “assessment” claiming that Russia interfered in the U.S. election.

In other words, possibly all of the Russia-gate allegations, which have been taken on faith by Democratic partisans and members of the anti-Trump Resistance, trace back to claims paid for or generated by Democrats.

If for a moment one could remove the sometimes justified hatred that many people feel toward Trump, it would be impossible to avoid the impression that the scandal may have been cooked up by the DNC and the Clinton camp in league with Obama’s intelligence chiefs to serve political and geopolitical aims.

Absent new evidence based on forensic or documentary proof, we could be looking at a partisan concoction devised in the midst of a bitter general election campaign, a manufactured “scandal” that also has fueled a dangerous New Cold War against Russia; a case of a dirty political “oppo” serving American ruling interests in reestablishing the dominance over Russia that they enjoyed in the 1990s, as well as feeding the voracious budgetary appetite of the Military-Industrial Complex.

Though lacking independent evidence of the core Russia-gate allegations, the “scandal” continues to expand into wild exaggerations about the impact of a tiny number of social media pages suspected of having links to Russia but that apparently carried very few specific campaign messages. (Some pages reportedly were devoted to photos of puppies.)

Editor's Note:   THIS IS HOW YOU DO IT.  There are two shots are removing incumbents.  One shot in the primary, which is the best place to do it.  Then you get another shot during the actual election.  Steve Bannon has the right idea.  Throw the bums OUT!  Get rid of all the worthless, traitorous incumbents across the board. 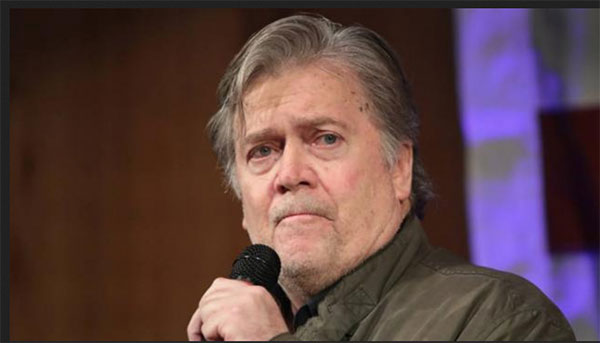 By Ben Kamisar
The Hill

In remarks introducing Moore before his victory speech, Bannon recalled his comments at a pro-Moore rally on Monday night.
He pointed to Moore's victory and Tuesday's announcement by Sen. Bob Corker (R-Tenn.) that he'll retire at the end of 2018 as proof that the insurgent right is on the rise. Corker had been targeted as a potential incumbent for Bannon and his allies to pick off in a GOP primary.
"Last night we talked about starting a revolution with Judge Moore's victory. Well, Sen. Corker stepped down today, he's not going to run for reelection," Bannon said.
"You are going to see, in state after state after state, people that follow the model of Judge Moore, that do not have to raise money from the elites, the crony capitalists, from the fat cats in Washington D.C., New York City and Silicon Valley."
Upon leaving the White House in August, Bannon returned to the conservative Breitbart News and became one of Moore's biggest boosters both behind the scenes and eventually in public.
While Bannon was campaigning against President Trump's pick in Sen. Luther Strange (R-Ala.), Bannon repeatedly framed a vote for Moore as "a vote for Donald J. Trump."
Bannon and his allies have been furiously advocating for Moore, a former state Supreme Court chief justice, in the hopes that a victory will spark a wave of primary challenges against establishment Republican senators.
One of those challengers is former Arizona state Sen. Kelli Ward, who is going up against Sen. Jeff Flake (R-Ariz.), one of Trump's most prominent critics in the GOP. She too signaled a wider victory in a statement congratulating Ward, arguing that the frustration with the Washington establishment that won Moore the primary is present in Arizona too.
Rating: 0.00/5 (0 votes cast)
If the video won't play please report the problem by clicking here. 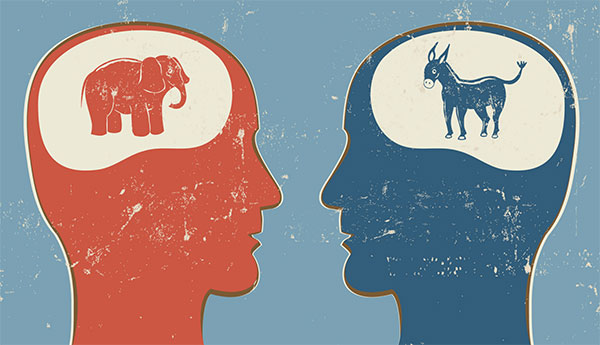 Stick a fork in the Democrats and Republicans.

Wednesday night's latest round of deal making between President Donald Trump and Democratic congressional leaders is the latest evidence that the major political parties have lost all semblance of real power.

Never before have we seen the leadership of both major political parties so humbled. That power vacuum is currently enabling the president to act without any loyalty to his own party, while working with whomever he pleases on whatever issues he wants.

It's why we have a Republican congressional leadership, headlined by a Senate Majority Leader with an 18 percent approval rating in his own home state, that could not deliver on its party's seven-year-long promises to repeal and replace Obamacare.

And it's why the Democratic Party is getting more and more embarrassed as its highly-experienced-but-failed 2016 presidential nominee continues to weaken the brand by going on a national tour blaming everyone else for her election loss.

None of the above would have been possible before then-candidate Trump eviscerated a crowded field of 16 more experienced GOP regulars in the 2016 primaries. It wouldn't be possible before Senator Bernie Sanders, an independent who only registered as a Democrat months before the primaries, came extremely close to upsetting long-held party plans to nominate Hillary Clinton. (Now that same Senator Sanders is leading a march away from Democratic Party orthodoxy and fully advocating single payer health care, with a third of the Democrats in the Senate happily marching away with him.)

"Somewhere, George Washington's ghost must be smiling wide with those wooden teeth of his. It was Washington who warned against the formation of political parties and urged the nation to choose leaders for reasons that transcended partisan politics."

Even at the state level, we're starting to see party power dwindling, with outsiders like Kid Rock and Dwayne "The Rock" Johnson being seriously considered as candidates. So much for moving up the ranks in politics and waiting your turn.

It's important to remember this didn't start with President Trump or Senator Sanders. Barack Obama proved the party hierarchy and seniority system was on the wane when he stepped over Hillary Clinton in 2008 to win the Democratic presidential nomination and the presidency after just two years in the U.S. Senate.

But even prior to that, the parties were becoming less discernible from each other, aside from a few wedge issues like abortion and gun control.

They pull donations from the same entities with just a few exceptions, and have similar track records when it comes to enduring challenges like controlling the debt, reining in health care costs, or improving the infrastructure, despite their rhetoric to the contrary. That corruption, or perceived corruption, played a big role in Donald Trump's successful "drain the swamp" campaign.

Now, Trump is continuing to exploit the breakdown of major party influence, pushing for conservative priorities like tax reform and a ban on immigrants from several Muslim countries tied to terrorism, even as he also makes deals with Democrats on the debt ceiling, DACA, and maybe even Obamacare.

We all know just how loudly and angrily the left has been reacting to President Trump in general. But in case there's any doubt about how the partisan right is responding to the Trump team's moves lately, there shouldn't be. They're infuriated. But there's also seems to be an understanding that there's little they can do about it.

Somewhere, George Washington's ghost must be smiling wide with those wooden teeth of his. It was Washington who warned against the formation of political parties and urged the nation to choose leaders for reasons that transcended partisan politics. His cabinet members, especially Thomas Jefferson and Alexander Hamilton, didn't listen. But it's happening now.

Of course, this will not result in the total disappearance of party titles in elections — at least not yet. Too much of the election infrastructure in too many states relies on major party nominees dominating the ballot choices. But several states, like California, already have statewide primary elections where the top vote-getters regardless of their party are the ones who go before the voters in general elections. That's why Senator Kamala Harris faced off against another Democrat last year in the general election. We could see more states going this way, thus making it less important to hook up with one party or another just to get on the ballot.

So what does this mean going forward?

For now, lost party influence will continue to enable Trump's generally hard-to-define policy leanings. He'll easily shift between the right and the left as it suits him with more freedom than perhaps any other president in 100 years. Republicans and Democrats will likely begin to decide on a case-by-case basis when to support the president, when to oppose him, and when to simply keep quiet. And that means the long-coveted positions like Speaker of the House and majority leader will become less important.

Looking to 2018 and the next presidential election, expect more outsider candidates to throw their hats into the ring without established party members being able to do much about it. Supporters of President Trump are likely to challenge incumbent Republicans in several primaries. And there are many who believe the Democrats might even get more serious about recruiting outsiders and celebrities for the 2020 race against President Trump.

The important thing to remember is that all the craziness we're seeing in Washington these days is not just the result of this president's personality or some new level of political anger across the country. An old order that's been in place for generations that kept a lid on the kind of chaos we've seen in recent months has crumbled.

These are uncharted waters for sure, but they may not lead to such bad results. After all, the partisan political structure in place for so long has brought us numerous wars, $20 trillion in debt and a government that's grown well beyond its usefulness.

Love or hate it, it's time to face this new reality: The Democratic and the Republican parties as we know them are finished and the politicians, the people who give them money, and the people who cover them need to adjust accordingly.