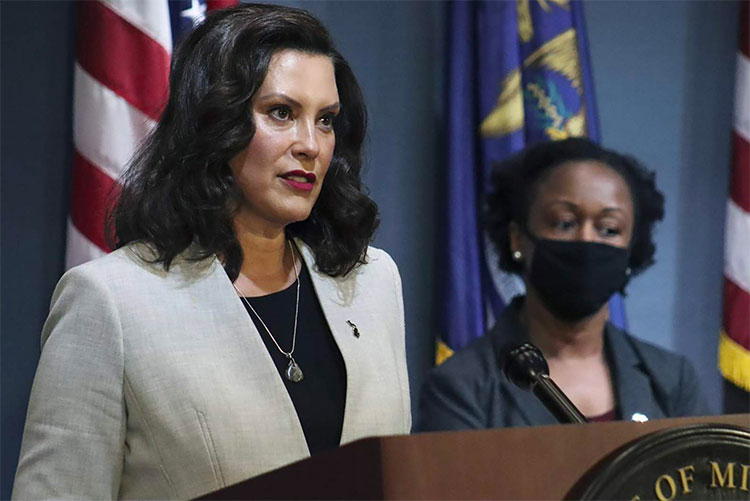 Takes a little innocent girl to show us all what WE SHOULD BE DOING ABOUT THIS MASK INSANITY!  There is no legitimate scientific basis for fording everyone to wear a GD mask!

Dr. Mark McDonald reveals the truth behind COVID-19, hydroxychloroquine, and mortality rate of children during the current pandemic.

Do you remember five months ago? Normally I wouldn’t ask, but the world is moving incredibly fast these days.

Do you remember that it was predicted that covid19 would kill literally millions of people?

Do you remember that hospitals were going to be over-run with patients and our struggling medical infrastructure was going to collapse under their weight?

Do you remember that locking down global society was the only way to prevent this disaster? That we had to do it, regardless of how much damage it did to the livelihoods and security of countless millions of people?

Final question – do you know how many people in the United Kingdom officially died with (not of) the coronavirus yesterday?

Twelve people. You probably didn’t hear about that, because sometime in the last five weeks or so the media completely stopped using the word “deaths”, and started talking only about “cases”.

A “case” is anyone who tests positive for Sars-Cov-2, using the notoriously unreliable PCR tests which produce huge numbers of false positives.

Even supposing the positive test is real, the vast majority of “cases” are asymptomatic. Between false positives, unreliable tests and asymptomatic infection, a “case” count for sars-cov-2 is borderline meaningless.

Let’s say there are symptoms AND a positive test, and assume they’re not just a false positive who has a cold or the flu. Well, even the vast majority of the “symptomatic cases” will only ever be mildly ill. In fact of the 6 million active cases in the world, only 1% are considered severely ill. The majority of them will survive.

The CDC estimates the infection fatality ratio of Sars-Cov-2 to be about 0.26%. A number perfectly in line with severe flu seasons. Virtually every country in Europe is now reporting average, or even below average, mortality.

Broadly speaking, the vast majority of the world is, and will likely remain, absolutely fine.

But things aren’t going back to normal, are they? In fact, they are getting worse. The governments have got their foot in the door, and they have no intention of moving it.

This is a video segment of a Corbett Report recorded in 2016. Very accurately predicts much of what we see occurring right now with all the "Medical Tyranny" being imposed on the populations of the Western world.

Please check out the YouTube channel of one of the finest investigative journalists we still have at: https://www.youtube.com/user/corbettreport

In this video Dr. Scott Barbour covers this history of how this whole insane COVID-19 pandemic began and how virtually everything we've been told didn't make any real sense. As we all now know, there isn't much of what we were told that even remotely true yet all that false and unreliable information has been used to do massive damage to our economy, our way of life, and deeply compromised the health and well-being of the entire planet! The response to this false information has destroyed countless lives, exponentially more than this alleged new novel virus has.

Editor's Note:  Google's YouTube immediately censored/removed this video.  They do not want you to hear this information.  They keep removing these videos as fast as I can find new copies to post.  I'm probably going to end up having to make my own version and upload it to a platform I know won't delete it.

"NOBODY NEEDS TO GET SICK, THIS VIRUS HAS A CURE"

Dr. Stella Immanuel explains how HCQ not only works as a cure but can also be used to PREVENT COVID infection in the first place!

There are good doctors out there like Dr. Stella Immanuel trying to alert everyone that they are BEING MASSIVELY LIED TO ABOUT THIS SO-CALLED PANDEMIC in order to scare the living hell out of you.  The population is being led to believe if you get any kind of respiratory illness, it's COVID-19 AND IT'S A DEATH SENTENCE . . . well, until they get the magical vaccine that is.  It's all a lie.  If you find yourself with flu-like symptoms that are causing you respiratory distress, THERE IS A CURE right here, right now, inexpensive, effective and no side effects!  And it works quickly to alleviate symptoms.    THERE IS NO REASON TO BE SO FULL OF FEAR!!

"NOBODY NEEDS TO GET SICK, THIS VIRUS HAS A CURE"

Dr. Stella Immanuel explains how HCQ not only works as a cure but can also be used to PREVENT COVID infection in the first place! #whitecoatsummit 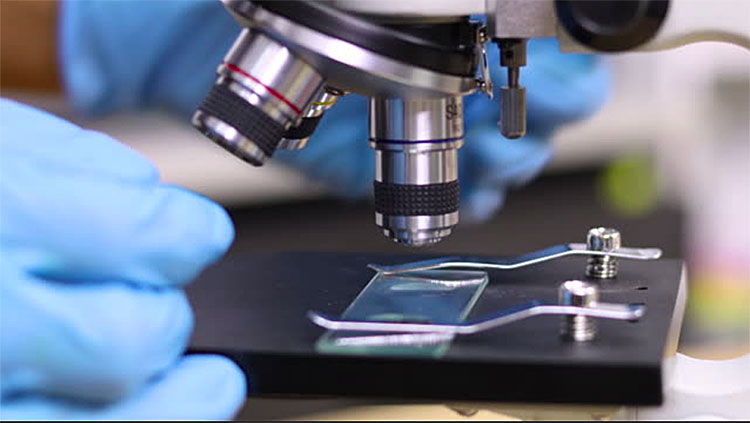 Our previous article, entitled The Germ Theory: A Deadly Fallacy, revealed that there is no scientific basis for the idea that ‘germs’ cause disease.  This revelation raises a fundamental question about the transmission of diseases claimed to be infectious; a question that is answered by the statement that because diseases are not caused by germs, they cannot be transmissible.

The vast majority of people will consider this statement to be highly controversial as it contradicts their everyday experience of seeing people with the same symptoms at the same time; an experience that is invariably interpreted to provide ‘proof’ that those people have all ‘caught’ the same disease that has been spread by germs. Although a popular interpretation of simultaneous ill-health, it is nevertheless an erroneous one.

This statement will inevitably raise yet further questions in people’s minds, the main ones being: why do diseases appear to be infectious; and what causes them if not germs? The answer to the first question is that appearances are deceptive. The answer to the second question is that people are exposed to complex combinations of harmful substances and influences that induce the symptoms associated with disease. Furthermore, as we explain in our book What Really Makes You Ill? Why Everything You Thought You Knew About Disease Is Wrong, symptoms represent the body’s innate self-healing processes; they are the body’s efforts to expel toxins, repair damage and restore health. The reason that people in close proximity to each other experience similar symptoms is because they have been exposed to similar combinations of harmful substances and influences.

The best way to expand on these explanations is through an example: the most pertinent example, in view of the current alleged ‘pandemic’, is the 1918 Flu.

Influenza is defined on the November 2018 WHO fact sheet entitled Influenza (Seasonal) as a seasonal illness that is said to be characterised by certain symptoms, especially fever, cough, headache, muscle and joint pain, sore throat and runny nose. Although not regarded as inherently dangerous, influenza is said to be potentially fatal for people ‘at high risk’, which refers to children under 5, adults over 65, pregnant women and people with certain other medical conditions.

It is claimed that the pandemic of 1918 was responsible for the deaths of 20 to 100 million people. However, unlike the ‘seasonal’ variety, the 1918 flu affected a completely different demographic; the majority of deaths occurred in adults in the 20 to 40 age range. In addition, the symptoms they experienced are reported to have been very different from those described by the WHO. A Stanford University article entitled The Influenza Pandemic of 1918 refers to physicians’ reports and states that,

“Others told stories of people on their way to work suddenly developing the flu and dying within hours.”

Nevertheless, this illness is claimed to be merely a variation of ordinary influenza; as indicated by a 2006 CDC article entitled 1918 Influenza: the Mother of All Pandemics that claims,

“All influenza A pandemics since that time, and indeed almost all cases of influenza A worldwide…have been caused by descendants of the 1918 virus…”

It should be emphasised that viruses are not alive; they cannot therefore have descendants.

A significant aspect of the 1918 ‘pandemic’ is that it occurred towards the end of WWI. Although military personnel are usually amongst the fittest and healthiest members of the population, it is reported that soldiers were often the most severely affected, especially in the US; as indicated by a 2014 article entitled Death from 1918 pandemic influenza during the First World War that states,

“Pandemic influenza struck all the armies, but the highest morbidity rate was found among the Americans as the disease sickened 26% of the US Army, over one million men.”

The article also claims that,

“The origin of the influenza pandemic has been inextricably linked with the men who occupied the military camps and trenches during the First World War.”

There are reasons that these men became ill or died; one key reason is the use of medicines and vaccines, both of which have been directly linked to morbidity and mortality. In her booklet entitled Swine Flu Exposé, Eleanor McBean refers to the 1918 Flu and explains that,

“It was a common expression during the war that ‘more soldiers were killed by vaccine shots than by shots from enemy guns.’ The vaccines, in addition to the poison drugs given in the hospitals, made healing impossible in too many cases. If the men had not been young and healthy to begin with, they would all have succumbed to the mass poisoning in the Army.”

This is a most brilliant presentation by Henna Maria on the "reality" of what forced masking of everyone is really all about.  And it's NOT ABOUT ANYONE'S HEALTH OR WELL-BEING.