What’s unusual about the McCabe hiring is that CNN is intentionally overlooking why McCabe is no longer at the FBI. McCabe was fired by Jeff Sessions at the recommendation of Michael Horowitz. The IG’s office had demonstrated after an exhaustive investigation that McCabe had repeatedly lied about leaking information from active investigations to the news media. McCabe is being given this platform now for one reason only...

The primary source of division in the United States of America is corporate big media, not Donald Trump. Now openly partisan, big media has been dividing Americans for political gain long before he ever came on the political scene.

Here are four of the worst, most cited lies big media manufactured and critics have used to support the allegation Donald Trump is a racist.

Big Media Lied About Trump From the Jump

On June 16, 2015, big media began spreading the lie Donald Trump called Mexicans rapists, even that he called all Mexicans rapists. It became and remains one of the most frequently used examples to support accusations of racism.

He said no such thing. Here is the video and entire relevant transcript.


The U.S. has become a dumping ground for everyone else’s problems. It’s true. And these aren’t the best and the finest.

Trump Called for a Muslim Registry

Jussie Smollett — who staged being the victim of a hate crime at the hands of the president’s supporters in Chicago — fully believed Donald Trump called for a national database to serve as a Muslim registry. He is by no means alone in that belief. 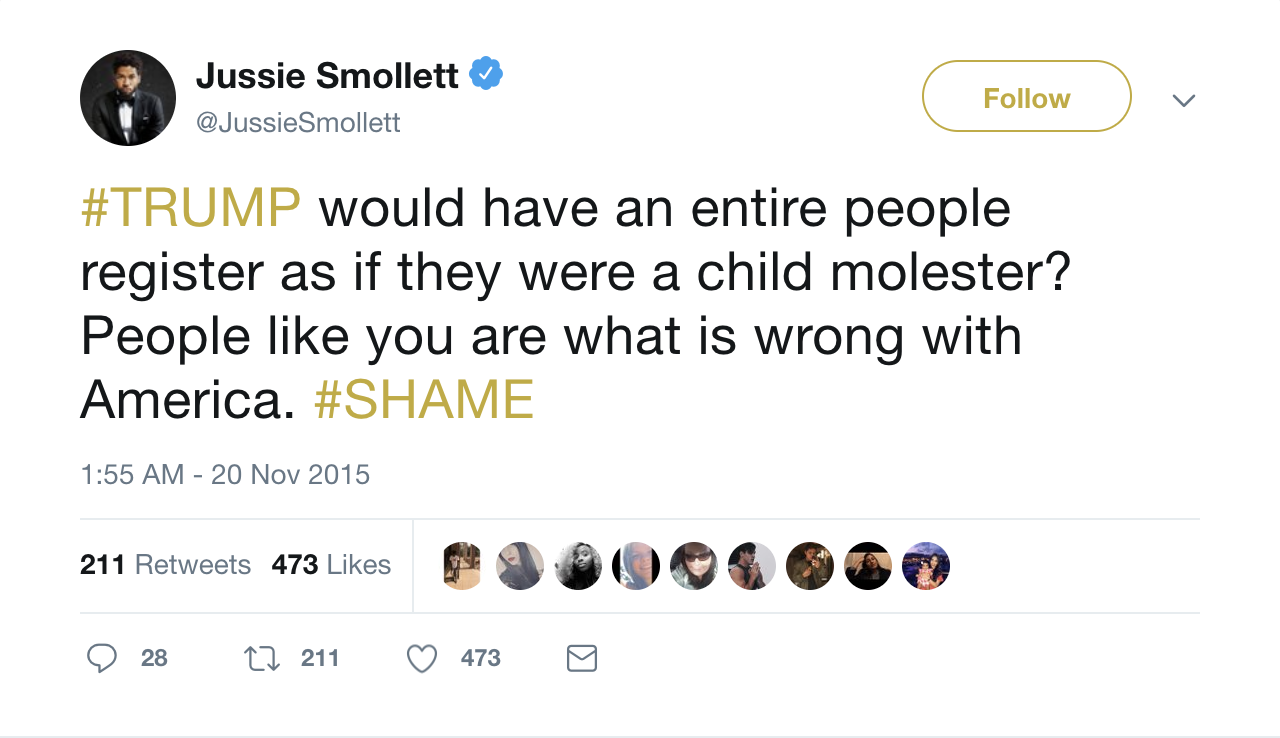 He did no such thing. In November 2015, then-candidate Donald Trump was interviewed by Hunter Walker at Yahoo! News. The exchange followed:

Hunter Walker (Yahoo! News): Do you think we need to register Muslims in some type of database or note their religion on their I.D.?

When it was first reported by Yahoo! News, Mr. Walker reported he wouldn’t rule out a Muslim registry. CNN later reported “Donald Trump on Thursday called for the creation of a national database” in a story published online under the headline, Trump Wants Muslim Database.

Donald Trump’s Inaugural Address on January 20, 2017, was a clarion call for conservative populism. He put the status quo powers on notice and told the American people they would never be forgotten again.

Here is the entire address and a transcript of “a few of the most memorable lines” from the address.

Did President Trump call neo-Nazis “very fine people” during a famous press conference following the Charlottesville riots of August 2017? The major media reported that he did. But what if their reporting is wrong? Worse, what if their reporting is wrong and they know it’s wrong? A straight exploration of the facts should reveal the truth. That’s what CNN political analyst Steve Cortes does in this critically important video. 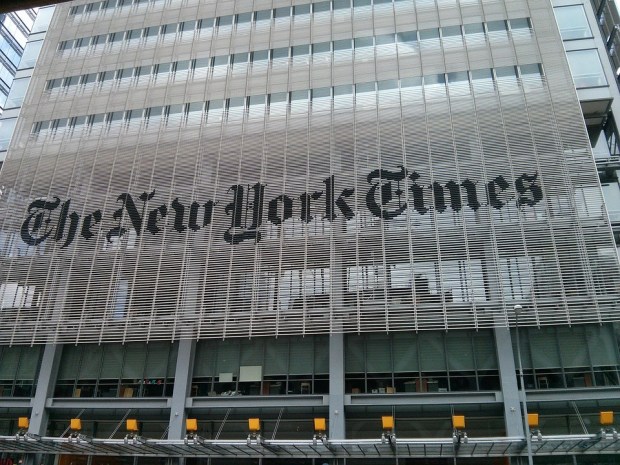 Journalist: Media's Mueller leaks are a sign of desperation. The Intercept co-founding editor Glenn Greenwald on what we've learned from the Mueller report leaks.

Tucker Carlson Outs CNN as Being Shills for Nancy Pelosi and the Democrat Party; She Says Pivot to Healthcare from Russia Hoax and They Obey: ‘CNN is Not a News Outlet, It’s a Super PAC; It’s Running Unregulated Campaign Ads 24 Hours a Day; Someone Out to Call the FEC About It’