Election printers should be transparent and non-biased.  Is this the case?

The ballots in Maricopa County were printed by Runbeck Election Services in Phoenix, Arizona, but many questions remain about these particular ballots.

Where did thousands of mail-in ballots in pristine condition in Fulton County, Georgia suddenly come from during the 2020 presidential election?

They were printed by Runbeck Election Services in Phoenix, Arizona, but there is something very suspicious about these particular ballots.

Who filed a U.S. Patent Application for a computer system for “on-screen ballot duplication” to be used for “generating a revised ballot”?

Kari Lake’s historic lawsuit is packed full of evidence that the 2022 Midterm Election in Arizona was rigged and stolen from her and other Trump-Endorsed candidates.

Never in US history has there been so much evidence compiled of a fraudulent election taking place. Not only did the FBI prompt Twitter and Facebook to censor the Hunter Biden laptop story, the bureau did so by deceiving the companies.

Elon Musk’s release of internal communications pre-dating his purchase of Twitter is providing an ever-expanding menu of scandals. From Twitter coordinating censorship decisions with the government and politicians, to the censorship of scientists discussing the Covid response, to the blacklisting of prominent conservatives — including candidates for office — to the banning of the president of the United States from Twitter based on a pretext, each edition of the “Twitter Files” launches a new angle of outrage over the tech giant’s politically motivated decision-making.

But the barrage of information is blinding both pundits and the public to the most egregious political scandal in recent history: Our FBI interfered in the 2020 election by lying to tech giants about the Hunter Biden laptop story to induce Twitter, Facebook, and likely others to censor the story.

Elections, like corporations, have books everyone can see to make an election or investment decision.

Corporations have a cash flow report, balance sheet, income statement, and the supporting material needed to properly inform an investor.  If these don’t match, hundreds of Wall Street types immediately pick up on it.  It is possible to make a bad investment decision, but if a company publishes deliberately false financials, the CEO and CFO visit the clink.

Remember Sarbanes-Oxley?  You can bet every public company CEO does. 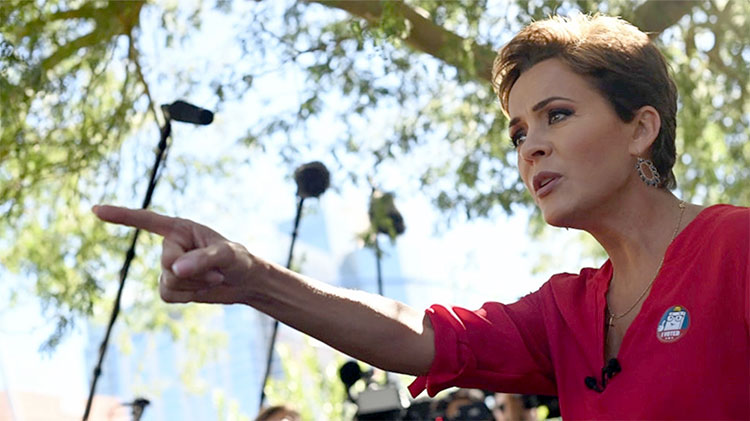 If you do not embrace, with both arms, that Leftists and RINOs use a multi-faceted, 40 years-in-the-making, industrial-scale voter fraud system, centering on voter roll tampering and manipulation, aided by elected officials, NGOs, protected by the mainstream press and conservative controlled opposition, you cannot be part of its remediation.

This week, we have a glaring example of the Republican money-gathering class demonstrating how clueless it is about this reality.

Our friend Ned Ryun, from a conservative organization, said Republicans need to adopt an absentee ballot-chasing strategy.  In Breitbart, of course.  This nonsense is the popular position promoted by most of the establishment Republican media, the GOP establishment, and even several Trump supporters: – Sean Hannity, Harmeet Dhillon, Matt Margolies, and Victoria Marshall (Federalist) to name a few.

Data analyst Chris Gleason came out with a new report on the millions of dollars in donations sent to Democrat candidates across the country in the most recent election cycle.

The Gateway Pundit earlier reported on the $24 million in donations from hundreds of unemployed donors to Raphael Warnock in Georgia.

Previously, Tucker Carlson told Kari Lake that the only way she loses her race is if the election is stolen. And that is just what happened.

One thing is certain, through all the actions listed above made under the direction of Zuckerberg, Sandberg, Dorsey and Pichai there has been a long and demonstrable history in making illegal undisclosed personal and undisclosed corporate in-kind contributions to their preferred political candidates and ballot initiatives.

Big Tech censorship is the largest campaign finance violation ever and the cost to Americans is in the billions.

Engineer and data expert, Chris Gleason has been reaching out to Florida politicians since early 2021 to get them to look a the real cost of Facebook and Twitter’s actions of censoring and de-platforming conservative websites.  He’s received little to no response to date.

Floyd Brown of the Western Journal talks to host Steve Bannon about an investigative piece the journal did that shows how Google’s manipulation of data was sufficient to cause Kari Lake to lose the election. His source? The psychologist and data analyst Robert Epstein, who is the foremost expert i n search engines in the world.

“Epstein… was monitoring Google”s activity in real time during the election in Arizona, and we are reporting that Robert Epstein… believes Kari Lake would have been elected governor if it wasn’t for the suppression of votes and manipulation of information done by Google.”