America’s Frontline doctors are speaking out about FDA’s approval of Remdesivir for the treatment of COVID-19 in babies.  They are beyond shocked.

The FDA recently reported that they had approved Remdesivir for the ‘treatment’ of COVID-19 in babies.

America’s Frontline doctors can’t believe what they are seeing.

A UK company literally named "Venomtech" announced a massive venom peptide and venom fragment library to be used for drug discovery by pharmaceutical companies (as well as pesticide used for agricultural companies). They write: "...[we are] helping our customers worldwide make pioneering advances in drug discovery, crop protection, and cosmetics. We have the largest library of naturally sourced venom-derived compounds in the UK, from a growing collection of vertebrate and invertebrate species." The use of snake venom in pharmaceuticals isn't a "conspiracy theory." It's a common practice, representing what most bioscience experts would describe as the cutting edge of drug discovery.

Dr. Bryan Ardis uncovers alarming new information that points to another possible culprit . . . venom poisoning. Most people have no idea that snake venom is an ingredient that is BIG with BIG PHARMA.

This nearly hour-long conversation between Stew Peters and Dr. Bryan Ardis exposed a new COVID-related topic that is raising eyebrows everywhere. Essentially, after realizing how odd it was that antivenom medicines like monoclonal antibodies were effectively treating Covid, Dr. Ardis began questioning the narrative that what we are calling COVID originated from a bat in a Chinese wet market. “Is Covid a venom, and this is why they don’t want you using monoclonal antibodies?” Dr. Ardis asked.

To answer this question, Dr. Ardis sought out establishment media “fact-checkers” to see if they were attempting to discredit any claims that the source of Covid-19 was a snake and not a bat. A quick internet search reveals plenty of mainstream media publications admitting at the onset of the Covid outbreak that it may have been derived from snakes. “Every time the snake is mentioned, fact-checkers 1,2,3,4,5,6 constantly fact-check it and spin it to the bats. There is no fact-checking about bats. They keep letting you look at bats,” Dr. Ardis said.

The doctor also claimed that Chinese scientists dismissed the bat theory at the beginning of the Covid outbreak because the type of bats the virus allegedly came from were hibernating at the time. He also said genetic sequence testing done on sick patients in Wuhan found their genetic sequence matched two snakes, the Chinese Krait and King Cobra, not bats.

New unredacted trove of documents reveal ADE cases were documented by Pfizer and the FDA but they tried concealing those shocking figures for decades. 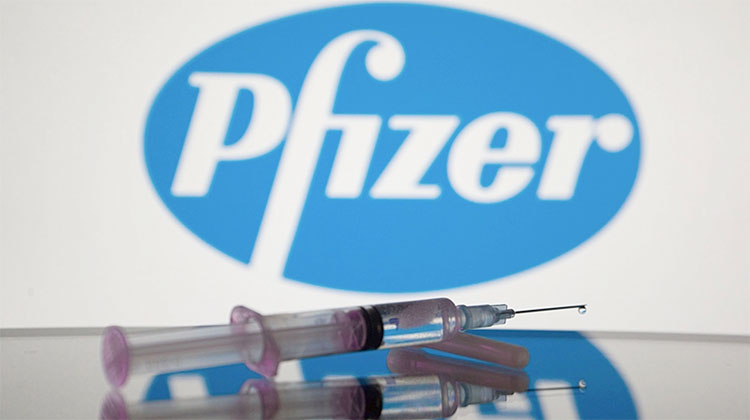 The Food and Drug Administration (FDA) has released another batch of internal Pfizer documents under court order showing even more evidence that Pfizer and the FDA knew of the antibody dependent enhancement (ADE) phenomenon and tried to cover it up.

The trove of 11,000+ pages of documents, released on April 1, reveal both agencies knew that vaccine-induced ADE was occurring and worked to cover it up by claiming “no new safety issues have been raised.”

The next batch of Pfizer vaccine documents from the FDA has been produced (11,043 pages), as well as an unredacted version of the post-marketing experience report, available at https://t.co/BzkKyrnK5U or https://t.co/vT3d5OMGlC

ADE occurs after the mRNA vaccine primes the immune system for a potentially deadly overreaction.

Editor's Note: This could very well explain why so many seem to have tolerated the jabs.  Seems most probably received essentially a placebo dose while many unfortunate people received dangerous and deadly doses.  NOBODY has been properly informed to give legitimate informed consent to be jabbed!!  One big deadly experiment!  People need to be held accountable.

Former Clinton adviser and COVID Vaccine critic Naomi Wolf joined Steve Bannon on The War Room on Monday morning. Naomi shared her latest bombshell from her investigation into the Pfizer vaccine documents released by the US government on their COVID vaccine testing. Naomi’s team of investigators, doctors and attorneys identified several US government documents that confirm that Pfizer was adding varying amounts of active ingredient to their experimental COVID vaccines. According to the data, the range of dangerous active ingredient went from 3μg, to 10μg, to 30μg, to 100μg depending on the batch they happened to inject you with.

As Naomi mentioned, this ties in directly with the website “How Bad Is My Batch” that was created so you could track how many adverse reaction incidents were linked to the vaccine batch you were given.

Now there is proof via AMA documents that they are distributing different doses of the active ingredient in the COVID vaccines based on batch number.
What the hell?

'If we had surveyed two years ago…‘Would you be willing to take gene or cell therapy and inject it into your body?’ we would have probably had a 95% refusal rate.'

Without help from the global pandemic people may never have been convinced to inject themselves with an experimental mRNA gene therapy, a scientist bragged during a world health conference.

Speaking at the opening of the World Health Summit 2021 last November, Bayer Pharmaceuticals Division President Stefan Oelrich admitted were it not for the pandemic, the experimental injection may have seen an extremely high rejection rate.


“We are really taking that leap [to drive innovation] – us as a company, Bayer – in cell and gene therapies,” Oelrich stated.

“Ultimately, the mRNA vaccines are an example for that cell and gene therapy,” Oelrich admitted.

“I always like to say: if we had surveyed two years ago in the public – ‘would you be willing to take a gene or cell therapy and inject it into your body?’ – we probably would have had a 95% refusal rate,” he said, adding, “I think this pandemic has opened many people’s eyes to innovation.” 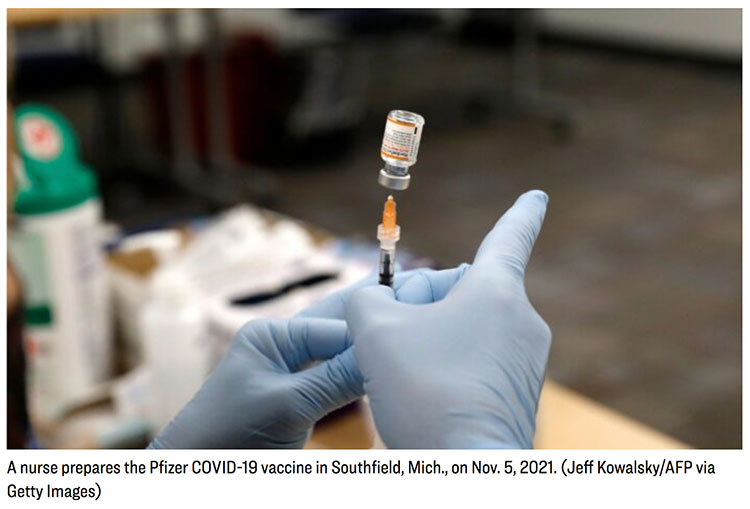 The messenger RNA (mRNA) from Pfizer’s COVID-19 vaccine is able to enter human liver cells and is converted into DNA, according to Swedish researchers at Lund University.

The researchers found that when the mRNA vaccine enters the human liver cells, it triggers the cell’s DNA, which is inside the nucleus, to increase the production of the LINE-1 gene expression to make mRNA.

The mRNA then leaves the nucleus and enters the cell’s cytoplasm where it translates into LINE-1 protein. A segment of the protein called the open reading frame-1, or ORF-1, then goes back into the nucleus where it attaches to the vaccine’s mRNA and reverse transcribes into spike DNA.

Reverse transcription is when DNA is made from RNA, whereas the normal transcription process involves a portion of the DNA serving as a template to make an mRNA molecule inside the nucleus.

“In this study we present evidence that COVID-19 mRNA vaccine BNT162b2 is able to enter the human liver cell line Huh7 in vitro,” the researchers wrote in the study, published in Current Issues of Molecular Biology. “BNT162b2 mRNA is reverse transcribed intracellularly into DNA as fast as 6 [hours] after BNT162b2 exposure.”

BNT162b2 is another name for the Pfizer-BioNTech COVID-19 vaccine that is marketed under the brand name Comirnaty. 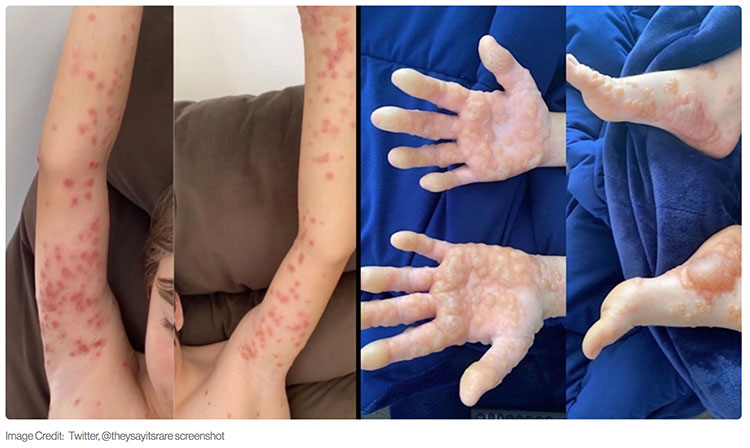 A 12-year-old Australian boy suffered a severe adverse reaction to his first Moderna Covid jab that led to painful blisters throughout his entire body.

Despite this, doctors said the boy should still get a second experimental vaccine dose.

The horrific incident was highlighted by Twitter vaccine watchdog @theysayitsrare, who shared screenshots of a desperate mother’s testimonial documenting her son’s harrowing experience and photos of the boy’s condition.

This 12 year old boy experienced a severe reaction to his 1st dose. Painful, Weeping Blisters all over his body 🥺 An appointment has been made for him to see an immunologist, Medical staff are still “encouraging” his parents to let him take his 2nd dose.
Story Thread 👇🏻 pic.twitter.com/QM2l1Ge2ap

The boy’s mom described in social media posts how blisters began appearing on her son’s body within 8 days of his first dose on Dec. 4, and how doctors initially misdiagnosed his condition as hand, foot, and mouth disease and prescribed him a useless antihistamine. 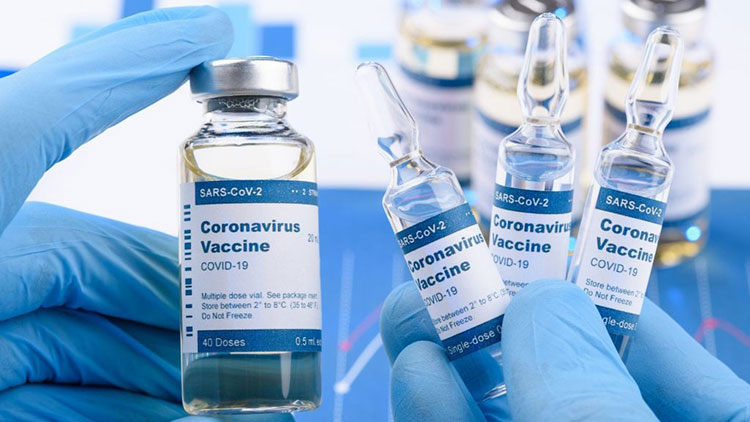 A few days ago — in my article The Test for Klaus Schwab and the World Economic Forum, I republished my proof that the medical cartel has been routinely killing millions of people, with its treatments, for at least the past 20 years.

And when I say proof, I’m talking about clear mainstream research.

Apparently, even many “alternative” journalists and doctors are keeping a piece of their souls in the official prison of fake medicine and fake science. On purpose.

They want to admit some things, but not other things.

So today, I’m posting another one of my “too hot to handle” pieces. I’ve published this article at least four times. Even doctors who oppose the COVID vaccines won’t pick up on it.

Not only were Pfizer’s trials a fraud, but the FDA knowingly approved it, putting millions of people at high risk. This report will show how autopsies reveal that the Covid-19 jabs are in fact killing otherwise healthy people, how there were intentional lethal batches released, and provide an incredible tool showing Pfizer trial fraud and the FDA’s negligence, so that people are armed with some of the most critical data to date in order to fight against this tyranny.

• Former Pfizer Chief Scientist Dr. Mike Yeadon confirmed that 90% of vaccine side effects came from less than 10% of the batch lots, which is documented and calculated directly from CDC’s VAERS, and means the batches do not contain the same ingredients. This shows solid evidence of foul play that was done intentionally, and is the biggest smoking gun to date.

• Death by Covid jab is not being tracked through to medical examiners. The deaths aren’t even being questioned or documented as Covid-jab-related. One U.S medical examiner took the time to trace 3 deaths between the ages of mid-30s to mid-50s that died from the Covid jab, and the autopsies verify this.

• Top German pathologist Dr. Arne Burkhardt’s autopsy research shows clear evidence that all gene-based vaccines, independent of manufacturers, produced the same result in the vaccines. In the organs of these people, in 90% he found autoimmune self attack by killer lymphocytes on the tissues. The main ones being the heart, the lung, then other tissues such as liver, etc. Dr. Bhakdi confirms these vaccines are killing the young and the old.

• Pfizer has paid out over $10 billion in fines for false claims, bribing doctors, manipulating studies, as well as deaths due to their drugs – and their Covid-19 trials were a complete fraud. The Canadian Covid Care Alliance put together a brilliant video presentation breaking this all down and provides an illustrative pdf as a tool.

• The claim by Pfizer was that the inoculations were safe and showed 95% efficacy 7 days after the 2nd dose. But that 95% was actually Relative Risk Reduction. Absolute Risk Reduction was only 0.84%.

• A Federal judge refused the FDA’s request to keep Pfizer documents from the public. Instead of the 75 years the FDA requested to produce all documents submitted by Pfizer to receive the Covid-19 jab approval, the judge ordered 55,000 pages be released each month, which should be completed within 9 months.

• The CDC Director admits that 75% of all Covid-related deaths have at least 4 comorbidities, and that the jab does not prevent transmission.

• According to CDC’s VAERS reporting system, In under one year, more people have died from the Covid jab than all other vaccines put together, for all time, and they still haven’t shut it down.