Editor's Note: This stuff is just crazy. These people have ZERO idea what damage this can do to all life on this planet. We already have massive health problems caused by GMOs. 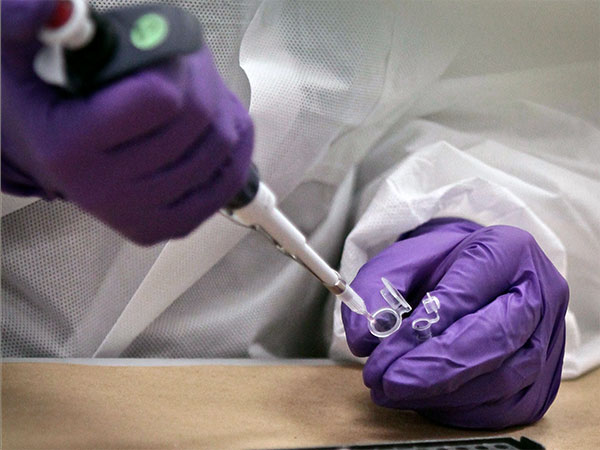 Scientists have just built the first fully-functioning, artificial instruction system for creating new matter inside living cells — a find that could one day make it possible to create more precise, effective, and longer-lasting drugs.

The duo of synthetic ‘X’ and ‘Y’ bases, created at The Scripps Research Institute (TSRI) in California, can integrate seamlessly into the DNA of E. coli, and function inside of a living cell. These tiny amino acids are distinct from our own 'A-T' (adenine – thymine) and 'G-C' (guanine – cytosine) pairs — the amino acids that combine and form the basis for all genetic information in the natural world.

“I would not call this a new lifeform — but it’s the closest thing anyone has ever made,” TSRI Professor Floyd Romesberg, who led the research, wrote in a release.

He said it’s like our genetic "alphabet" only had four vowels, and now, we’ve added two more artificial letters into the mix — and with them, the ability to make whole new sounds and words that we would have never encountered in the natural world.

Romesberg told Business Insider that perhaps the most remarkable thing about the artificial X-Y pair is that it can co-exist alongside natural DNA pairs. And from the cellular level, they function just like those natural pairs: retrieving information and pumping out proteins — the materials we use for making new cells and building life.The researchers hope this means that one day, the artificially-made amino acids could be used to create new kinds of targeted drugs for humans that have fewer side effects, work more effectively, or last longer.

This is something Romesberg has been working on since 2014, when he co-founded biotechnology company Synthorx, which he created to engineer new kinds of drugs. Back then, his team was able to store X-Y pairs in a cell, but didn’t yet know how to retrieve the information inside them and create new proteins. After much trial and error, the team figured out how to do all that, pumping out artificial proteins that could be used to generate new drugs.

But the discovery is incremental. Because these new letters are synthetic, “the cell can't grow if we don't provide them,” Romesberg said. That's both good news and bad news. It makes the find less scary, because there’s no chance that these X’s and Y’s could escape the cell, going off and multiplying on their own outside.

But it also means the X's and Y's always have to be manufactured by scientists. So while these new letters might help us make some new genetic "words," they're not quite like natural life.

Trackback URL for this entry: https://kickthemallout.com/trackback.php/Scientists_Say_They_Have_Created_The_Closest_Thing_To_A_New_Life_Form