Mansour recalled Facebook’s recent censorship of PragerU’s content. “I find it hard to believe it was completely accidental,” she said. “[Facebook knows] how effective we were in the 2016 election in spreading the message to Trump voters. … Maybe I’m being conspiratorial, but I think they’re just playing games with us as we’re getting closer to the election.”

Epstein concurred with Mansour’s speculation: “Is democracy dead? Because if it’s true that they have this power, then democracy really is an illusion. I happen to agree with you on a key point, I think that these companies held back to some extent in 2016. They held back on their power to shift votes. I don’t think they’re going to hold back now.”

Epstein shared broad strokes from his forthcoming article, tentatively titled, “Is Democracy Now Just An Illusion? A Researcher Describes Ten Ways Google, Facebook, and Other Tech Companies Can Shift Millions of Votes in the U.S. Midterm Election Without Anyone Knowing.He mentioned a  esult from a study he conducted: “I calculate that these companies will be able to shift upwards of 12 million votes in November with no one knowing that they’re doing so … and without leaving a paper trail for authorities to trace.”

Epstein also examined Facebook’s recent flagging as “spam” of an article by Salena Zito, published by the New York Post.

“I can tell you without any doubt … that the AI programs that they’re using to do screening are dumb as door nails, okay?” said Epstein. “These programs are really, really, really stupid. When you’re using stupid software to make very important decisions — like which news stories you’re going to suppress — you’re going to make mistakes from time to time.” 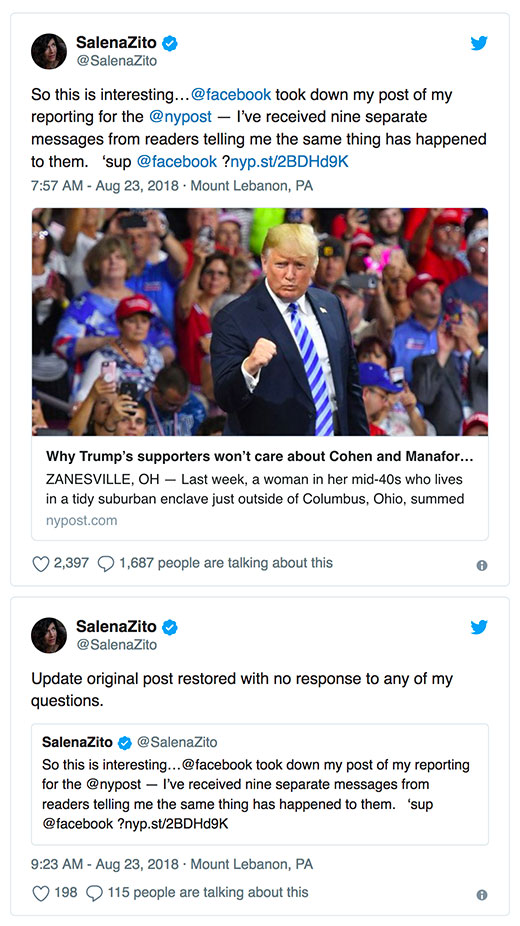 Epstein reiterated a question he previously asked about the growing power of the world’s largest technology companies over the dissemination of information.

Epstein asked about Silicon Valley’s increasing control over the parameters of permitted political discourse: “That leads to a big question … which is who on earth gave these companies — and it’s primarily, as we know, two or three companies: Google, Facebook, and Twitter — who on earth gave … the executives at these companies the power to decide what 2.5 billion people around the world get to see or don’t see?”

Trackback URL for this entry: https://kickthemallout.com/trackback.php/A-Robert_Epsteins_Midterm_Warning-Big_Tech_Can_Shift_Upwards_of_12_Million_Votes_In_November