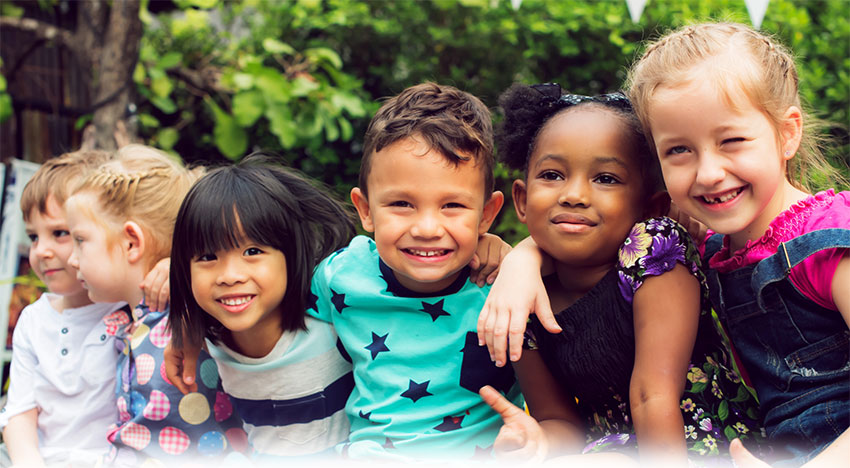 Let’s put the conclusions up front. There is no reason for kids to wear masks. There’s no reason to keep them out of school, off of playgrounds, or away from anything else that kids should be experiencing. And there is absolutely, positively zero justification for injecting children with experimental drugs that have not been tested for long-term effects and that have a rapidly rising death toll associated with them.

Now, let’s begin with the obligatory “every life is precious, especially the lives of children.” Fine. And knowing this, the incredible spike in suicides among minors since pandemic panic theater began has proven to be exponentially more deadly in sheer numbers than Covid-19 is to young people. Keep in mind, I’m not talking about total suicides among minors. I’m simply referring to the dramatic increase in suicides. All of our actions to try to protect children from a disease that barely affects them is doing far more harm than good.

American media completely ignored a story from last week that is finally starting to make its rounds on conservative media sites. It detailed a study that analyzed the deaths of children and young people in England during the first year of the Covid-19 pandemic. The results were striking as they revealed two extremely important pieces of data.

First, England averages two Covid deaths per million children. Two. Per million. The second interesting fact is that children and young people have a 99.995% recovery rate from the disease. These numbers seem to jibe with U.S. raw data as well, though death attribution is more liberal here. If someone has the coronavirus in their system and they die, they’re generally counted as a Covid death regardless of what actually killed them.

The BBC and a handful of British outlets covered it, but even then they made sure to insert enough commentary to gaslight people into ignoring the facts and get everyone vaccinated anyway. Here is a report by Adam Dick at the Ron Paul Institute detailing that first important fact:

A new study out of England quantifies just how tiny the risk of death from coronavirus is for children. Two in a million — that is the number of children under the age of 18 killed by coronavirus in England over 12 months according to the study by scientists at University College London, and the Universities of York, Bristol, and Liverpool.

The study results confirm, and put some numbers to, what was known since the early days of governments across the world placing extreme restrictions on children in the name of countering coronavirus: Coronavirus poses nearly zero risk of death or serious injury for children. Indeed, the risks are quite minimal for healthy non-elderly individuals as well.

Though this low risk to children was known, governments persisted in imposing restrictions on children month after month, including mask and “social distancing” mandates (pseudoscience-based mandates never demonstrated to reduce the spread of coronavirus for people of any age), school and other closings, gathering prohibitions, and lockdowns.

Over the last few months, pressure has grown for children to receive shots of experimental coronavirus vaccines, some of which are not even vaccines under the normal meaning of the term.

Given the small risk to children from coronavirus, it is particularly abominable to upturn their lives in the name of protecting them from coronavirus. Also abominable is pushing that children nearly impervious to coronavirus be given experimental shots that carry known — and likely unknown as well given the rushed process of bringing the shots into production — serious risks.

While governments should respect the right of individuals of all ages to live their lives as they choose no matter the risk of coronavirus, governments’ bossing around of children in the name of advancing “public health” does not even have the slightest connection to reality. It is pure destructive behavior pursued under obviously farcical pretext.

It’s clear why American press is ignoring this. With the Biden administration working to go door-to-door to inoculate every American regardless of their desires, rights, or risk factors, the complicit Mainstream Media Industrial Complex feels duty-bound to hide anything that contradicts the official narrative.

Only 0.005% of COVID Infections Among Children Have Led to Deaths

As for the second important conclusion from the study, we turn to Thomas Moore from Sky News with minor edits and highlights:

The chances of children dying from coronavirus are so low that vaccines would need to be proven to be “very low risk” before they were given jabs, according to child health experts. Their warning follows research that shows only 25 children and young people in England died from COVID-19 during the first year of the pandemic – just 0.005% of those who were infected with the virus.

Nineteen of the deaths were in children with an underlying health condition, with complex neurodisability accounting for 13 of them, according to results from three studies conducted by academics from universities around the country.

Dr Elizabeth Whittaker, one of the researchers and a consultant in paediatric infectious diseases at Imperial College London, said: “This data would suggest you have to have a very low risk of the vaccine to justify giving it to all healthy children.”

The Joint Committee on Vaccination and Immunisation (JCVI) is currently considering whether the coronavirus vaccine rollout should be extended to include children as young as 12. Those in favour argue that it would reduce the number of children being forced to miss school because of the virus. It would also reduce transmission to older, more vulnerable people.

But there have been 572 reports of myocarditis, an inflammation of the heart muscle, following three million doses of the Pfizer-BioNTech vaccine in the US. Young men seem to be at slightly higher risk, but the effects have largely been temporary.

“You can do the maths,” said Dr Whittaker. “It’s a very low risk and it’s self-limiting. The CDC [US Centers for Disease Prevention and Control] and the World Health Organization [WHO] are doing an investigation to explore how many of those young people needed critical care or immune-modulating therapy. That information is still pending and I suspect the JCVI are waiting for that data to come through.”

The new research, the most comprehensive of its kind, looked in-depth at children and young people in England who were admitted to hospital or died following a positive COVID test in the year to February 2021. Over that period 5,830 of around 3.6 million under-18s who tested positive were admitted to hospital, with 61 of them dying. Only 25 of them died as a direct result of the virus. The rest died from other conditions unrelated to the infection.

The research has yet to be published in a peer-reviewed medical journal, but it is available as a pre-print on the ResearchSquare server. Dr Whittaker said: “It is reassuring that these findings reflect our clinical experience in hospital – we see very few seriously unwell children.

“Although this data covers up to February 2021, this hasn’t changed recently with the Delta variant. We hope this data will be reassuring for children and young people and their families.”

The researchers were able to use the data to calculate the risk of dying. For healthy children and young people it was one in 1.6 million. But for those with an underlying health condition it was between one in 100,000 and one in 158,000. Children with a neurodisability were at highest risk of dying – one in 1,125. The researchers have given their data to the vaccination experts at the JCVI, as well as the Department of Health and the WHO.

Russell Viner, professor of child and adolescent health at University College London, said the vaccine can already be given to children with a neurodisability, but the JCVI could choose to roll it out to those with other underlying health conditions.

They have a slightly elevated risk so that is one option for the JCVI. They could pick and choose particular groups,” he said. “It’s about having enough vaccinations and waiting for the safety data.”

A third interesting conclusions from the study that has not received media attention even from conservative media is that 59% of the Covid-attributed deaths were reclassified as “SARS-CoV-2 Did Not Contribute to Death.”

In the United States, such distinctions are not clearly made. It’s not that the data isn’t available. The CDC and the powers-that-be do everything they can to manipulate the data so it matches their vaccine agenda. If they allowed a deep dive into their actual data and the investigations they’re supposedly conducting on deaths associated with both Covid-19 and its so-called “vaccines,” we would almost certainly see very similar results as what they’re finding in England.

Even with the shroud of secrecy engulfing facts as they pertain to children here, the data that is easily available still supports the end of all lockdown protocols and an immediate halt to vaccinations of anyone who isn’t at risk. One can easily argue injection distribution should be halted altogether until long-term studies can run their course, but that’s simply not going to happen. They’ve committed to pushing these “vaccines” with everything they can muster, and unfortunately when you’re dealing with the federal government they can muster a lot.

Do Not Succumb to the Pressure

They say the mandates they are pushing aren’t really mandates. They claim their vaccine passports aren’t vaccine passports. They’re going to go door-to-door. They’re trying to force people to “willingly” take the “vaccines” before they have to resort to more extreme measures. Whatever the real motivation is that’s driving them, it’s not for our benefit.

For complete transparency, I’m new to this fight. I was never an “anti-vaxxer” per se, though I’ve always supported healthcare choice over mandates of any kind. But the massive amounts of research I’ve gone through the past several months has been startling. On one side you have the pro-vaxxers shifting their narrative every week. They initially said the vaccines would bring back normalcy before saying we need to accept a new normal. They claimed early on that if we get a certain percentage of people “vaccinated” then we’d achieve herd immunity before admitting a few months later that herd immunity was impossible from the vaccines.

Now, they’re rolling out every letter of the Greek alphabet to keep the fear rolling. Delta, Gamma, Epsilon… they already have eight named variants of Covid-19, leaving 16 Greek letters left. Omega seems to be around the corner.

Stand strong. Support one another. Share the truth. If we really want to help the children, do whatever you can to keep them from getting the jabs. The data is unambiguous no matter how badly they want to muddle it.

Trackback URL for this entry: https://kickthemallout.com/trackback.php/Study_Shows_Children_Have_Over_a_99_Percent_Recovery_Rate_With_TWO_Deaths_Per_Million_Kids