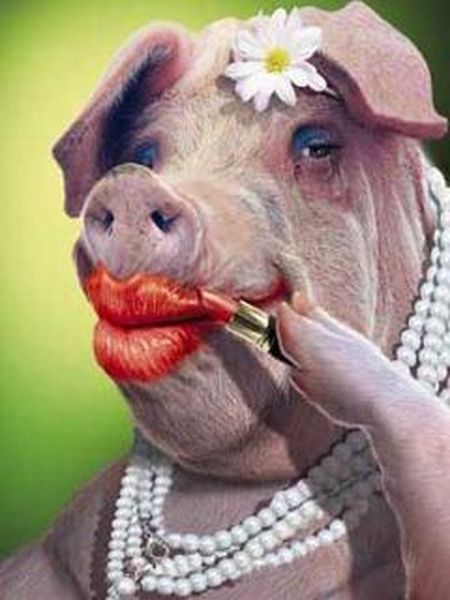 To give you an idea of the deception inherent in socialism, here is a quote from none other than Andrew Carnegie, once one of the richest men in America:

“I believe Socialism is the grandest theory ever presented, and I am sure it will someday rule the world. Then we will have attained the Millennium…Then men will be content to work for the general welfare and share their riches with their neighbors.” (The New York Times, 1 January 1885, “A Millionaire Socialist”)

Carnegie, of course, like several of his ultra-rich compatriots, devised a method to give away his riches while keeping them: the non-profit foundation.

The last thing on Carnegie’s bloated mind was becoming “equal” with the great unwashed.

He was a liar of the first order. He recognized that, when you win the game of free enterprise, your most corrupt bet is to turn around and find every possible way to block others from winning. Then, you stand at the top of the heap, unchallenged.

That is exactly what he had in mind. That’s what socialism actually meant to him.

Let’s see socialism for what it is. Not in the abstract, but in reality.

The taking of money (taxes) from some people who work for it and giving it to others who don’t work for it. On a grand scale.

The vast expansion of freebies doled out by central government. In order to create and sustain dependence.

The government protection of favored persons and corporations, permitting them and aiding them to expand their fortunes without limit, regardless of what crimes they commit in the process. (Monsanto would be a fine example.)

The squeezing out of those who would compete with the favored persons and corporations.

The dictatorship by and for the very wealthy, pretending to be the servant of the masses.

The lie that the dictatorship is being run by the masses.

The gradual lowering of the standard of living for the overwhelming number of people.

The propaganda claiming socialism is the path to a better world for all.

In other words, socialism is a protection racket and a long con and a heartless system of elite control, posing as the greatest good.

Except in the specifics of its updated lies, it is just another form of top-down tyranny—as old as the hills.

A year or two ago, a person living in Europe told me that the European Union was not a problem, because it was just another layer of socialism placed over the existing socialist governments of European nations, and no one really noticed the existence of the EU.

—As if blindness were a reason not to worry.

As you can see from the elements of socialism I’ve listed above, America is moving more and more into the socialist orbit.

Protesting that America is, instead, a system of greed and inequality is merely saying that the central government is protecting certain corporations and favored persons.

The real and true definition of socialism accounts for that favoritism and protection.

SOCIALISM WAS NEVER ABOUT UNIVERSAL EQUALITY AND UNIVERSAL SHARING.

THERE IS NO SUCH THING AS UNIVERSAL AND COMPLETE EQUALITY AND SHARING, ONLY A FAKE VERSION DICTATED FROM ABOVE.

Socialism is, in the minds of most people who advocate it, a vague sentiment about people being kinder to each other.

Consider this fatuous and ludicrous statement, uttered by the mob boss of bosses of the Soviet Union, Nikita Khrushchev, in 1961: “The socialist economy has become so strong, so vigorous that from the summits we have reached we can issue an open challenge of peaceful economic competition to the most powerful capitalist country—the United States of America.”

Here is a correct translation: “Bankrolled and given vital technology by a few elites from the West, our vast society of socialist slave workers is now able to engage in capitalist competition with America.”

The raving of a madman.

Today’s youth who push and protest and riot and censor, on behalf of socialism, are working for the ultra-rich whom they despise.

That’s the long and short of “the glorious revolution.”

The Carnegies and Rockefellers of today (including a miniature Rockefeller named George Soros) have engaged the young as foot soldiers, and they know the young are willing dupes for socialism, because they created, for the young, an education system that makes them clueless and mindless.

The Carnegies and Rockefellers of today are saying: “Bring on the new world, the better world, the more just world, the happier world—whatever you want to call it—so we can run it from the top and show you what we really think of you. Make every conceivable lever of power ours, and then we’ll reveal what we really have planned for you.”

Here is a relevant backgrounder I recently wrote about private property—

Once private property is abolished, the socialist crime bosses win. They build their heaven on earth, which means they can take what they want and run civilization, top-down. They can keep saying nobody owns anything, but in fact they own it all. They execute this squeeze play as if they were messiahs eradicating the prime evil: private ownership. This is such a preposterous stage play that, in a sane society, it would close down after one night.

Newsflash: There is a difference between an idea and the way that idea is applied in practice.

For example, certain groups will take the idea of freedom and interpret it to mean, “We have the freedom to steal everything we can.”

Based on this practice, many people will claim freedom was always a failed and corrupt idea at the core. This is wrong, absurd, and dim. Very dim.

In the same way, the idea of private property can certainly be twisted to mean, “I, an elite banker, will steal what you have, make it my own, and then declare it is my property, over which I have control.”

But the idea of private property remains independent of what people will do to distort it. A child used to be able to see this.

Centuries of struggle resulted in a shift from monarchs and priest classes owning all available land, to individuals having the right to own land.

Once that principle was firmly established, groups immediately tried to modify the principle to their advantage.

In 1776, a group called the Illuminati declared its existence in Bavaria. One of its guiding ideas was: the abolition of all private property. That concept traveled down to Karl Marx and the Communist agenda.

Private property was called an inherent crime. Instead, the people/everybody would own all property. This garbled incoherent pronouncement would be backed up by the ruling government, who would act as stewards for the masses—meaning the government would take control of all property until such time as the people evolved to the point where the State was unnecessary.

As a straight con, it was very weak. A two-bit hustler on a street corner with a folding table and three cards could see through it in a second.

The people evolving? The State withering away on its own? Equality defined as everybody owning everything?

Of course, if people injected their own utopian fantasies into the mix, if people assumed the government was a beneficent force for good, if people assumed there was an “everybody” operating unanimously, if people fantasized about a history of peaceful tribes (who fought wars against each other) gracefully abdicating the whole notion of individual property…well then, yes, the abolition of private property became a marvelous proposition.

In the light of day, however, with a clear mind, the idea was terrible. It was quite insane. It signaled a transfer of property from the individual to power-mad lunatics.

Needless to say, this idea of no-private-property is alive and well on planet Earth today. We are in another round of fantasy-drenched propaganda.

In a nutshell, the threat of pure private property is: it establishes individual rights that stand against the unchecked force of the government-corporate-banking nexus. It implies the individual is free, independent, and the ruler of what he owns.

To which the addled mind replies: “But suppose a person is polluting his land and the poison is running beyond his borders and endangering others?”

The fact that it is often ignored doesn’t negate the whole assumption of private property. It points to the corruption of public officials who refuse to prosecute the protected and favored offender.

Here is utopia laid bare: the government and its partners, who are doing everything they can to limit, squash, and outlaw the individual right to own property, are the same force that is acting as the wondrous representative of all the people. Surrender to this force; give it power to appropriate all property and hold it in trust, for that day when the population has risen to enlightenment, when the open sharing of “everything” is a natural impulse. Then victory will be ours.

Not the iron fist. The open helping hand. Not the hammer. The smiling guide. Not the monarch. The servant of humanity.

If you buy that one, I have waterfront condos for sale on Jupiter’s four moons. No terms. Cash up front. Construction begins in 2058. Promise.

The Homeowners Association actually owns the condos and the land. They are a subsidiary of the Jupiter Government Authority. There are rules. No flags of any kind flying from porches. No privately owned electricity generators. No growing of vegetables or fruit on the land. No weapons. Domiciles must be shared with migrants arriving from Earth. The migrants are given beds, meals, and clothing. Possessions are shared. The prime directive: everything belongs to everybody.

Power to the people.

Any alert mind blows apart this delusional nightmare in a minute.

The Kick Them All Out Project
https://kickthemallout.com/article.php/Socialism-Thick_Lipstick_On_A_Global_Pig