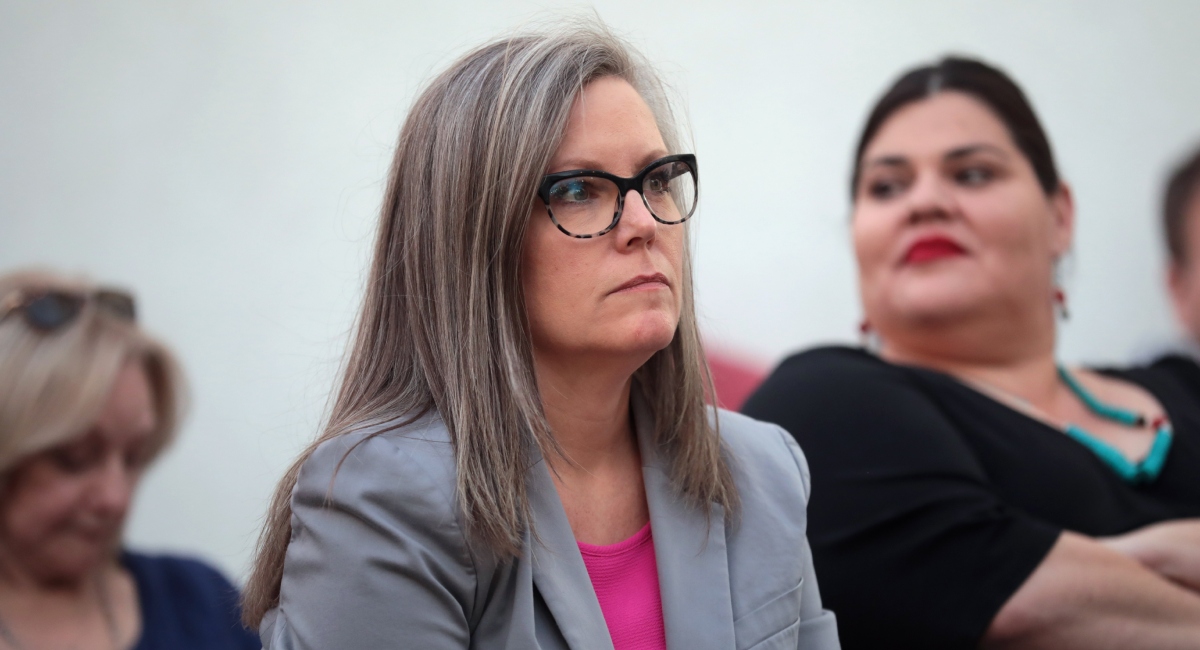 Nearly half of all election centers in Maricopa County, Arizona experienced “printer or tabulator malfunctions” on Election Day on November 8, according to Rasmussen reports.

On Thursday, the polling company revealed that a staggering 48% of all election centers across Arizona’s most densely populated county had issues with ballot printers and tabulation machines —  28% more than had been initially reported.

“Update: New – 48% of Maricopa election centers had printer or tabulator malfunctions on election day, not the previously estimated 20%,” Rasmussen reported.

Lake’s visit with Trump at Mar-a-Lago coming so close after the he declared a third run for the White House in 2024 has some wondering if the two are considering an alliance heading into the next election.Update: New - 48% of Maricopa election centers had printer or tabulator malfunctions on election day, not the previously estimated 20%. And no such widespread issues were reported during the early voting period that preceded election day and used the very same equipment. Wow. https://t.co/EEzH2LbcZs

“And no such issues were reported during the early voting period that preceded election day and used the same very equipment. Wow,” Rasmussen Reports tweeted.

Valiant News previously reported on numerous Arizonans who testify that they had experienced voting issues, irregularities, and other discrepancies on Election Day.

Some of the individuals argue that these issues caused the widespread disenfranchisement of Republican voters.

The videos of concerned Arizonans come in light of Arizona Republican gubernatorial candidate Kari Lake’s highly contested election against Arizona Secretary of State Katie Hobbs, where reports of misprinted ballots and widespread voting issues surfaced as soon as the polls opened across the state.

Steve’s Testimony is just one of thousands we have received

Almost HALF of all voting centers experienced similar issues. This is unacceptable.

Hobbs, who claims victory in the gubernatorial race, just so happens to be in charge of managing Arizona’s elections as Secretary of State, and insists that it’s entirely normal for elections to seem so dysfunctional and extended.

Marley got in line before polls closed and was turned away from voting.

Countless reports of this have came in from across Maricopa

Lake was recently spotted sharing a meal with 45th President Donald Trump at his Mar-a-Lago resort in Florida, even as the former newswoman continues her fight for election integrity in her home state.

Trackback URL for this entry: https://kickthemallout.com/trackback.php/Nearly_Half_of_Maricopa_Election_Centers_Had_Printer_Tabulator_Malfunctions_on_Election_Day